Love these old racing pics, can anyone I.D. this car? 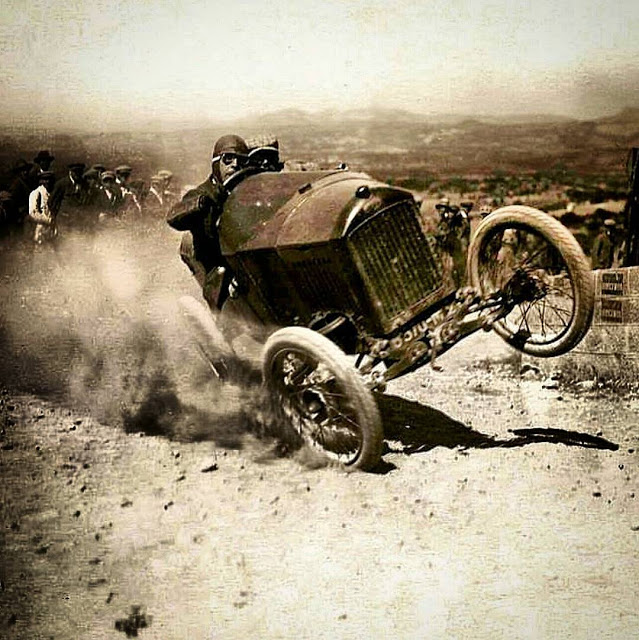 That is a remarkable action photo for its day. And if that car DIDN'T flip over, I'd be amazed!

I have read that a ride along mechanic had many functions, one was to be a blood transfusion supply for the driver, should there be an accident.

That "mechanic" has some serious lean going on !!!

What a great action photo !

That's literaly driving the wheels off of it !

I think that if it did flip over it would have wiped out the camera and camera man. So, since the photo exists, I vote that it did not flip. A quick right hand correction would have kept it from flipping.

Back in the day,they wouldn't let stutz race without a [mechanic]--he was on board to let the driver know what was going on around him,not to do a flying fix.well stutz installed the first rear view mirror,so the driver could see for himself what was going on around him.and was allow'd to run alone. just a bit of history that will be lost one day.GREG.

I seem to remember reading that the 1911 Marmon Wasp, driven by Ray Harroun was the first racing car to utilize a rearview mirror and allowed to compete in auto racing without a ride along mechanic. I just did a search on "Marmon Wasp" with the first hit seeming to confirm this information.

THANK YOU KIM,after all these years I now know how it is,I was told by a old timer it was STUTZ. correcting history is not often easy. Henry FORD once said,I quote, a day goes by and you don't learn something,the day is wasted.

And here is a photo of that Marmon Wasp winner of the 1911 Indianapolis 500. It’s on display in the indianapolis hall of fame museum. 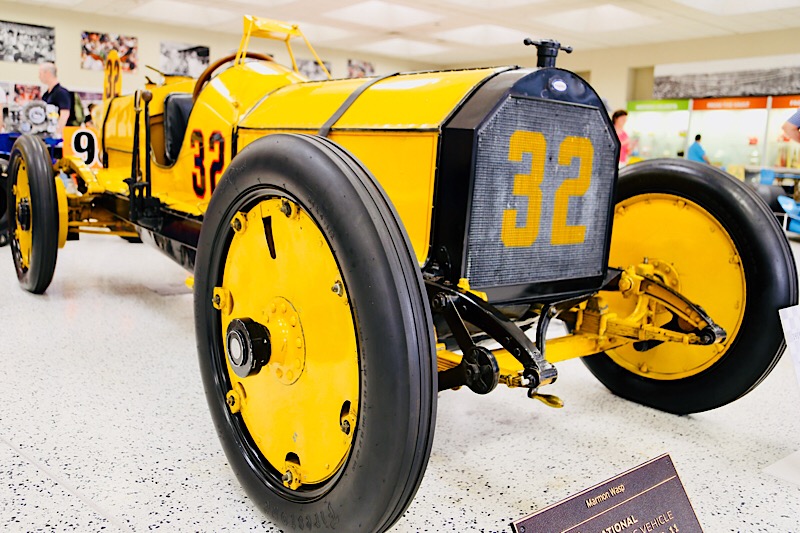 The Marnon Matt shows was the first Indy car to race without a riding mechanic.

We don't see many Peugeots in Idaho. This one traveled through 30 years ago or so. 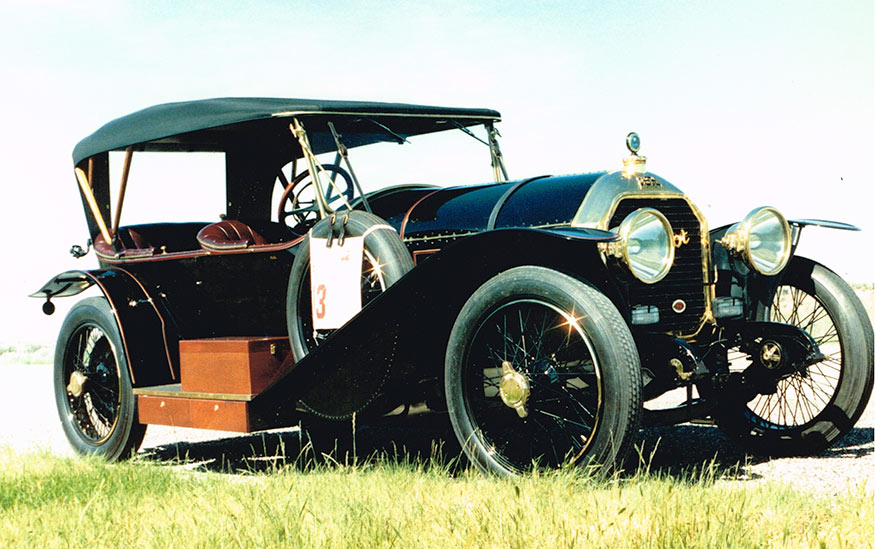 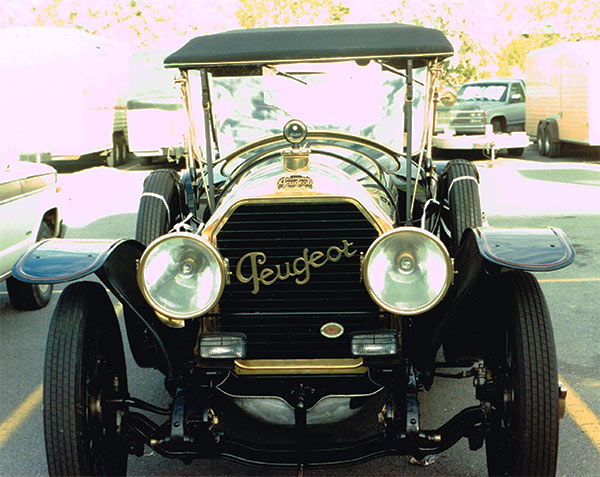 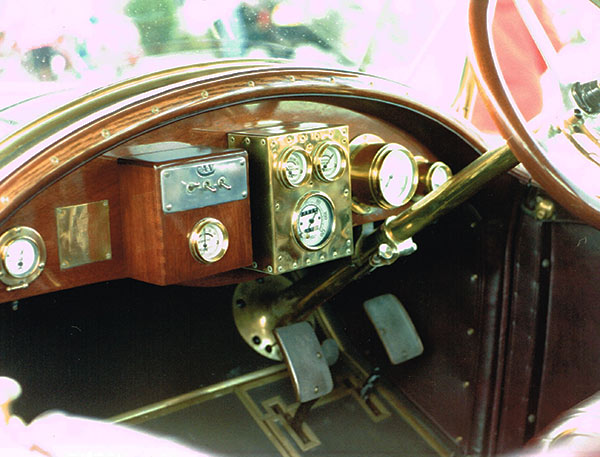