The"South Africa monument" honours the Canadian volunteers who served in the 1899-1902 Boer War against the Dutch in the Transvaal and Orange Free State territories of colonial South Africa. 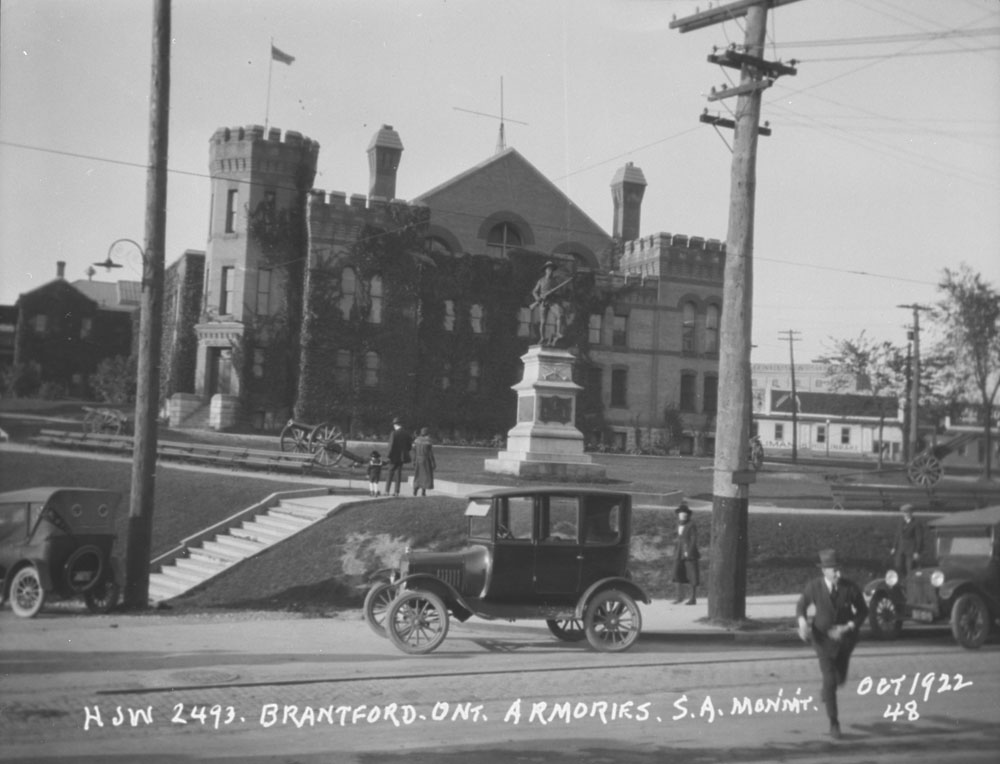 Is that a Dodge thats to the right of the T center door?

The badge on the radiator shell is too wide to be a contemporary Dodge. Dodge used a circle with 6-point star inside.

could be a chev as i don't see the frame and springs out frt. charley

My first thought for it was Chevy.
Must have been some fairly fast film for those days. The fellow sprinting across the street isn't too much of a blur.

The instant I saw that photo, I said that's the Brantford Armoury. In fact I'm in Brantford this minute. The building still stands and is in service today. 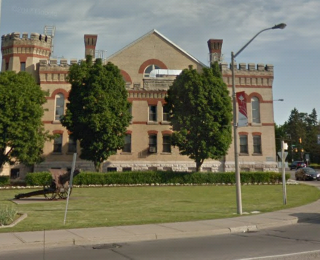 Hi Dave,
I was hoping someone would have a recent photograph of the Armory to post. Thank You.
I see the Boer War monument is gone- not too surprising- those types of colonial wars are pretty much forgotten now.
The cannons are newer too. I guess the earlier ones went into the furnaces via a World War related scrap drive.

Glad to help Dale. They recently did a major cleaning of the brick and stone. The building was quite black before.

Dale. The recent photo I posted was a Google maps screenshot. Somehow it didn't include the monument which is still there! Tonight I stopped by and took this photo. And if you look close, you might even see a Model T. 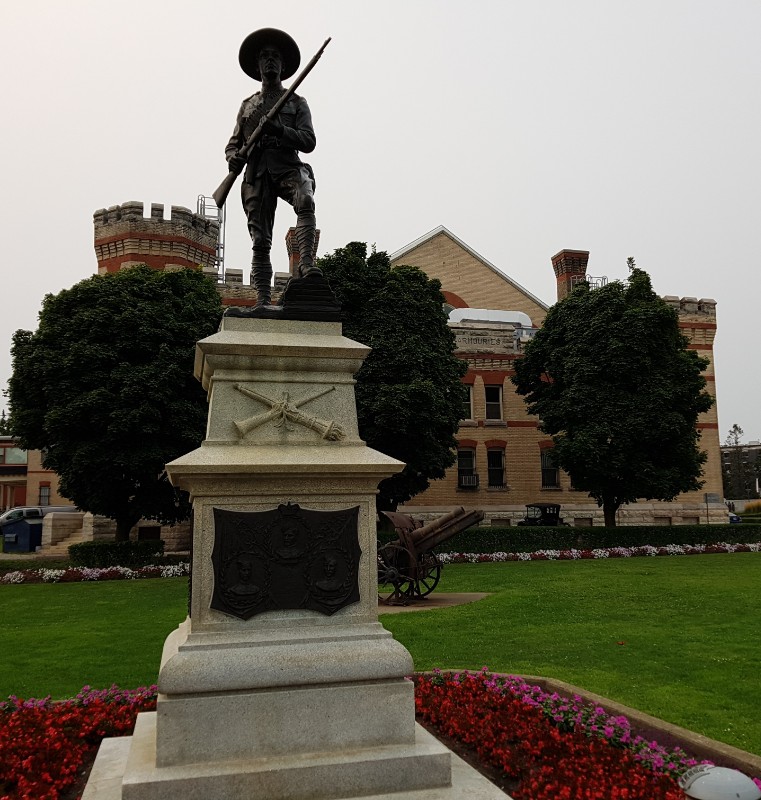 Ah, good. Another mystery solved!
I looked up that monument shortly after your original photograph and it was listed as still there. I think the first picture you posted just clips the edge of the garden that surrounds it but misses the statue.
Thanks again, and i DO see a "T" lurking in the background- a nice bonus!