I've noticed that there are supports being offered that bolt under the pan, right at the front of the hog's head. The idea is to provide additional stiffness and restrict flexing.

Just recently I saw a posting that said that the three dip pans were more rigid in this location due to the extra pan metal. Would there be any advantage at all in installing supports on a three dip?

I would say that it couldn't hurt. I added them to my '13 as belts and suspenders. I am also contemplating installing a belly band. Of all my T's that is the one I fear for, regarding any potential future block damage.

Now, lets wait to see how long it takes for someone to say that a properly rebuilt engine will not break a crankshaft...

Agree. Would certainly help. As to a property rebuilt engine not breaking a crankshaft; that gave me a good laugh. Drivers and metal fatigue are two main causes of broken cranks. A perfect rebuild helps, but can never solve everything.

George, I magged 13 cranks the other day five of them had cracks 4 where the diamond style and 1 was a 26-7 Canadian DE crank, there is a trend on the earlier style crank with cracks on the throws. 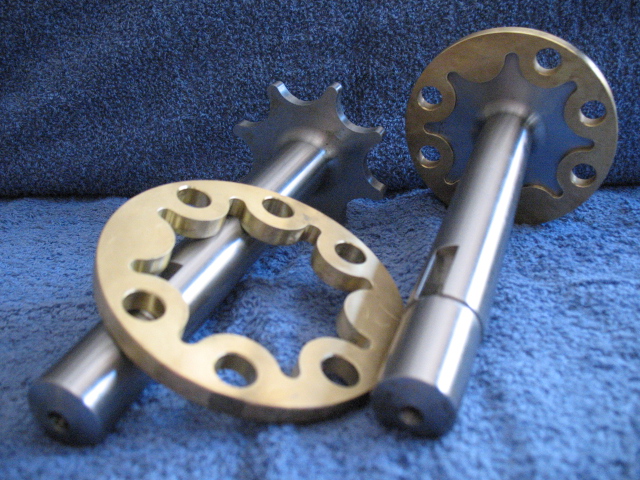 These help take stress off the crank. 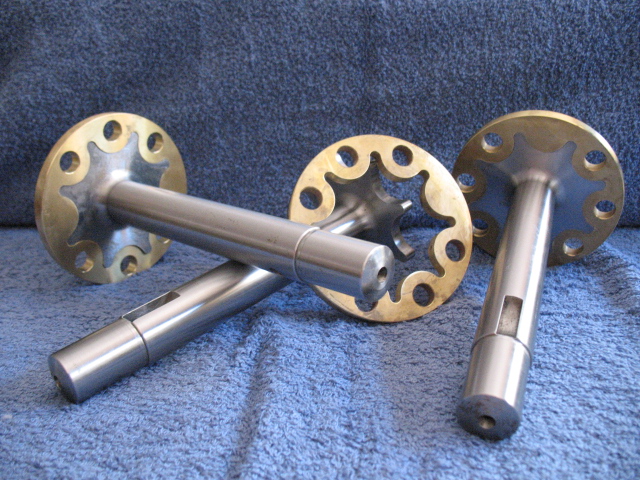 Jpe, I can top that. Have just finished testing 8 cranks before we found one which was not cracked.
This all started when the owner decided to have his original tested. The motor was down to remove some hollow top pistons used in a 60's recondition. My guess is that was all they could get at the time. The car was way down on compression. Anyway, good thing we did test it, because it was racked almost right around the flange at the back.

Dan, that is fantastic! Where can we get those transmission shafts?

I once used a ball bearing fourth main to break a crankshaft. I’ve gone back to the sloppy fit of a babbit main carefully fit a la the Tulsa group instructions. No more two piece cranks for more than ten years now!