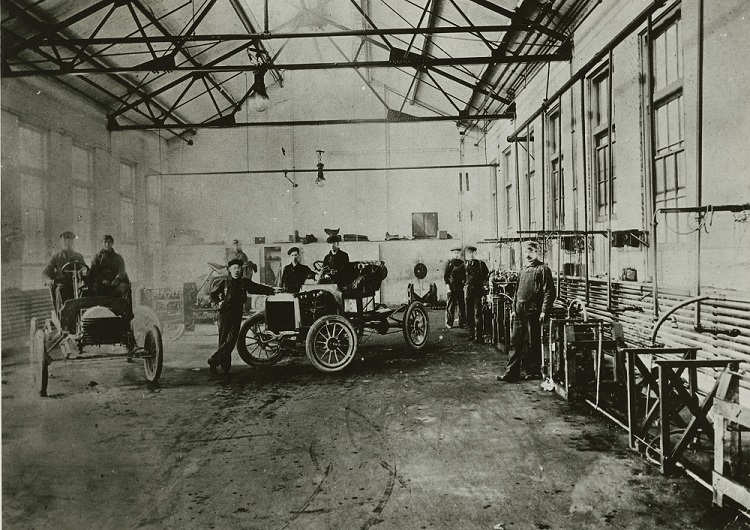 Looks like my home garage...10 guys standing around asking "What do we do now?"

10 guys standing around my garage asking "Where the freaking BEER?"

I'm 99% sure that the photo has been discussed before. Not that it isn't worth reviewing as I can't find the previous posting.

The car on the right appears to be a Model B Ford. Compare it to the chassis illustration from Bruce's Ford Literature at: http://www.mtfca.com/books/1904.htm 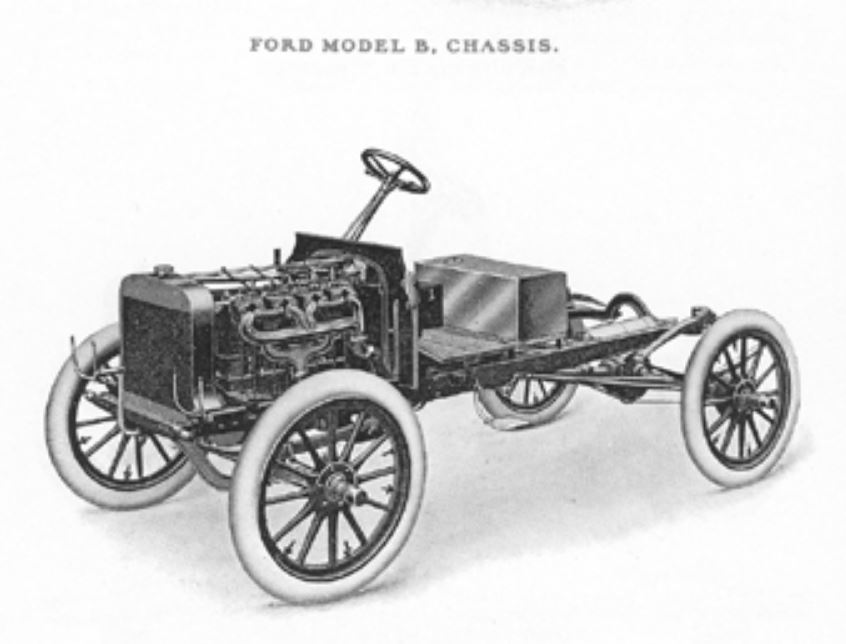 If you look at the dash you will see that cut out on each side of the top of the dash and other features.

I believe the odds are in favor of it being the Mack Avenue Plant. But I don't have time to try and track down any additional information to confirm or correct that guess.

I believe Trent, Rob or someone posted a photo of some Model Ks in front of the Bellevue Plant. And that led to a Google search and it was Rob. Please see his thread at: http://www.mtfca.com/discus/messages/411944/425419.html?1393360950 where he makes the case for that is the testing building next to the Piquette Plant. And yes you have to go a ways down to see it all. Note page 16 of Robert C. Kreipke's "Ford Motor Company the First 100 Years" has a note that says: "....There were numerous building on the Piquette property, each set aside for specific assembly processes...."

Hap, that looks Right for the right one

Not sure what the one on the left is. May be a Model A?

Thank you Mr. Tucker. Your input is always greatly appreciated.

The one on the right might be a Model AC.
I think they had a tank under the hood, not an engine. That was under the seat like the Model A.
So may be they were making Model AC's and Model B's at the same time.

Herb, more likely a Model C which had the French Hood. The AC used the same body as the A but the engine, chassis and running gear from the C. Both were 1904 models.

I just noticed that there is a 3rd car in the picture in the background between the two in the fore front.

Good eyes Tim. It looks much like the car on the right.