This little museum packs a lot into a little space. 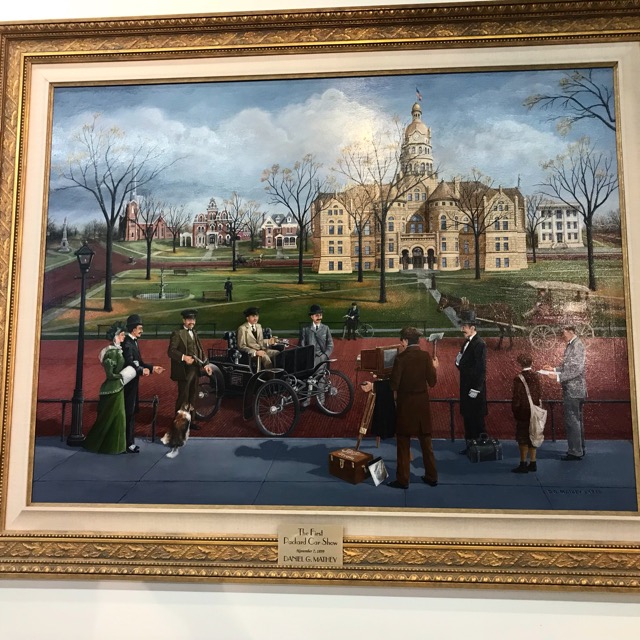 The Packard Brothers left no bloodline. 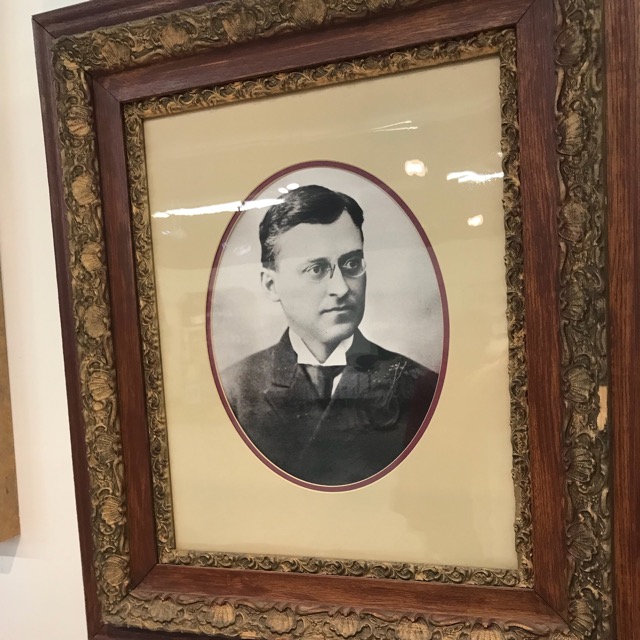 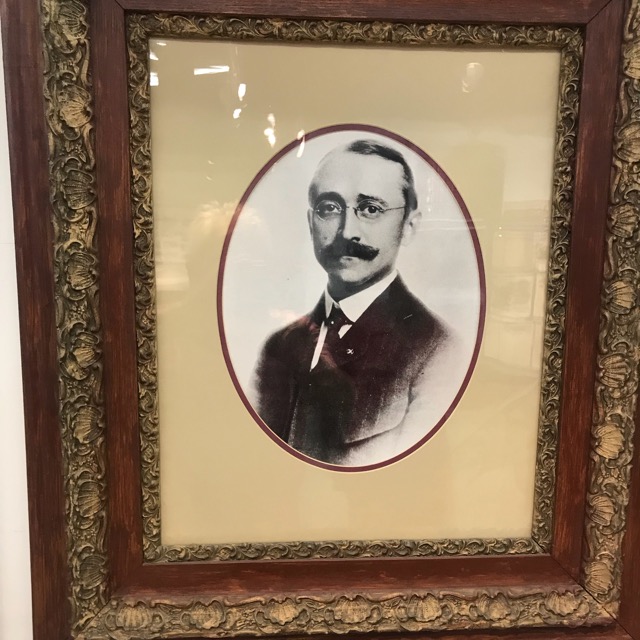 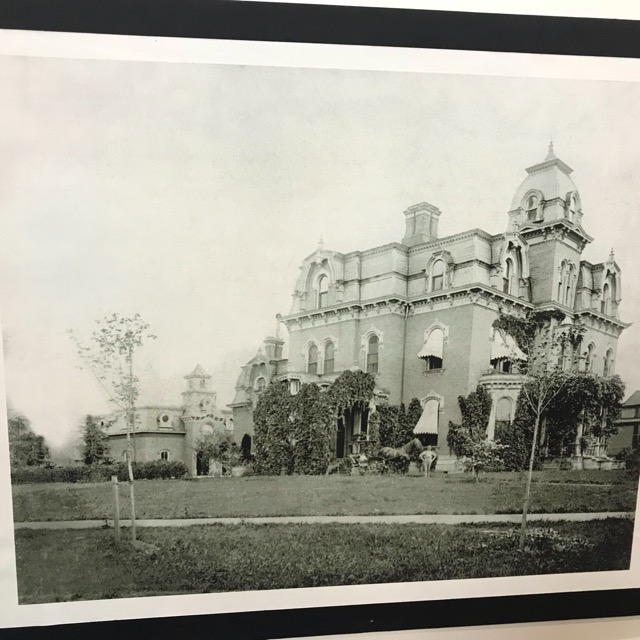 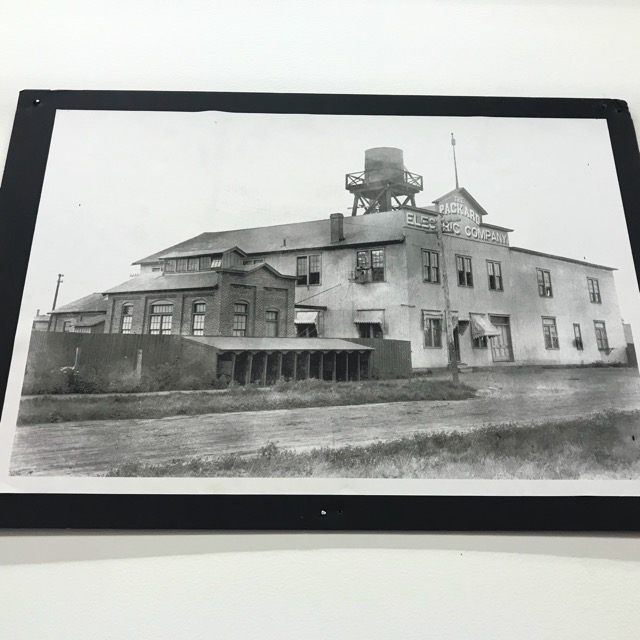 The Packard Company was a pioneer in early electrical automotive products. 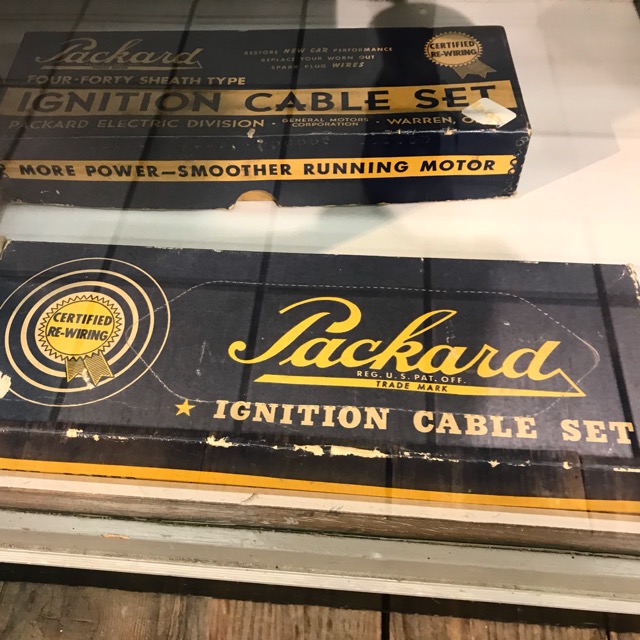 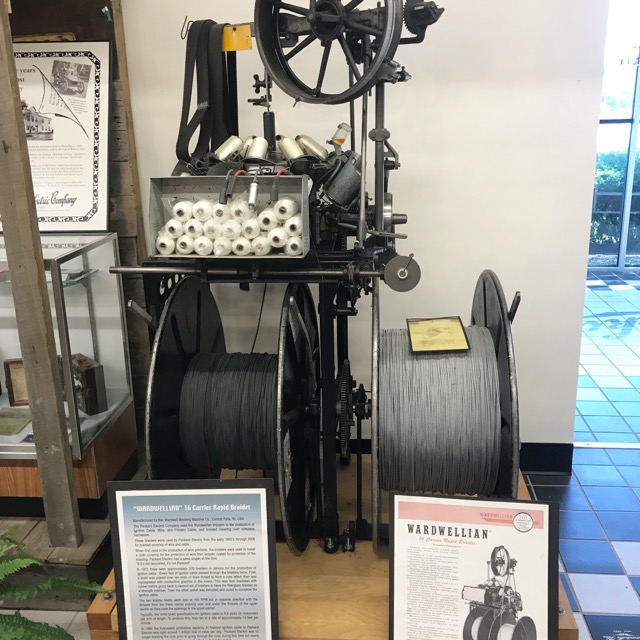 There were other interests ....

James Packard had a fondness for firearms 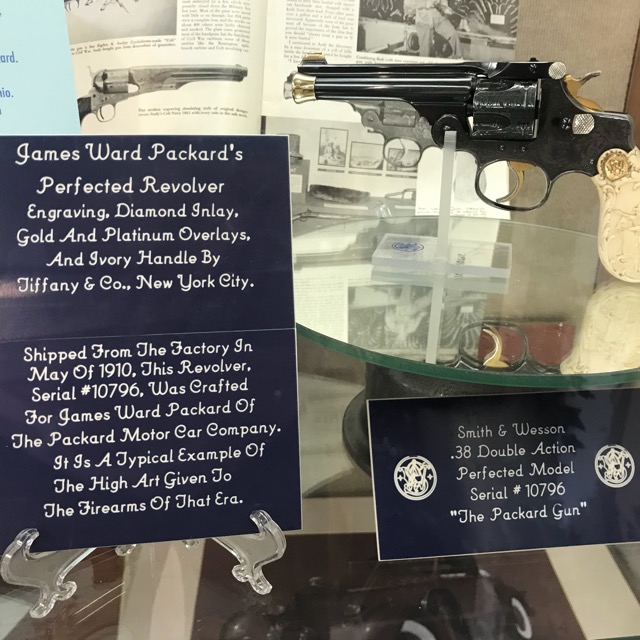 There was interest in early electric home alarms 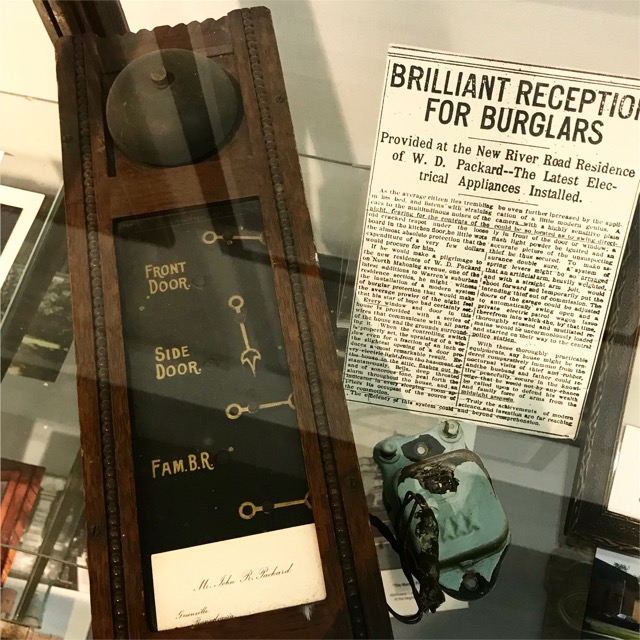 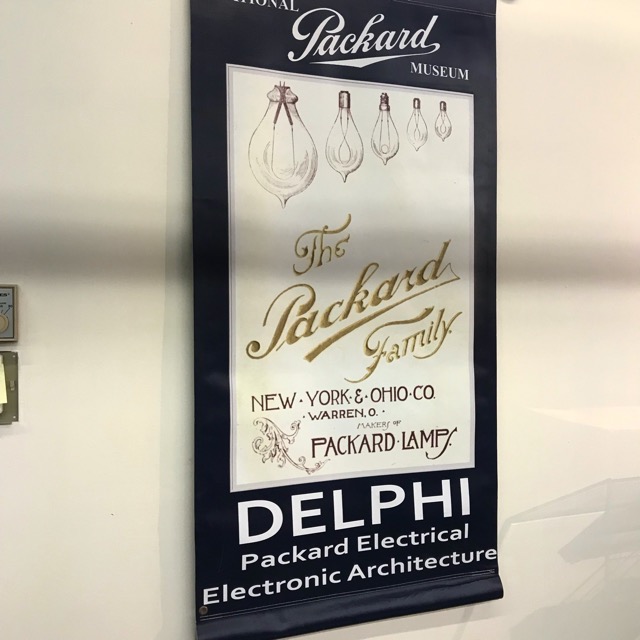 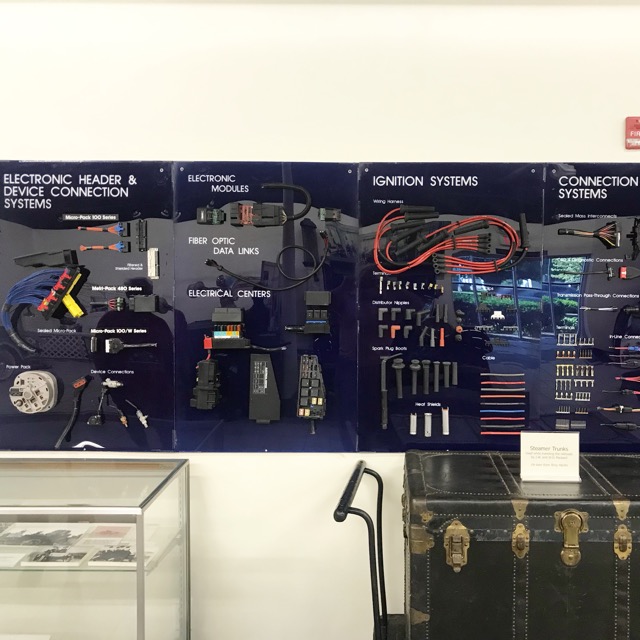 Didn't they have any cars there?

The first Packard automobile was built in Warren, Ohio in 1889 with around 400 total vehicles built until 1903 when production moved to Detroit, Michigan.

The Packard flourished as a high end automobile due largely to Henry Joy who organized a group of investors in 1902.

It took 61 days - 3 days faster than the first automobile to accomplish this feat - a 1903 Winton two cylinder 20 HP car.

That Packard resides at The Henry Ford.

James Packard was disappointed with his purchase of a Winton automobile on August 13th, 1898 - it was the 12th car Winton built - James went to Alexander Winton with his concerns & recommendations to improve the design but was summarily dismissed ..... 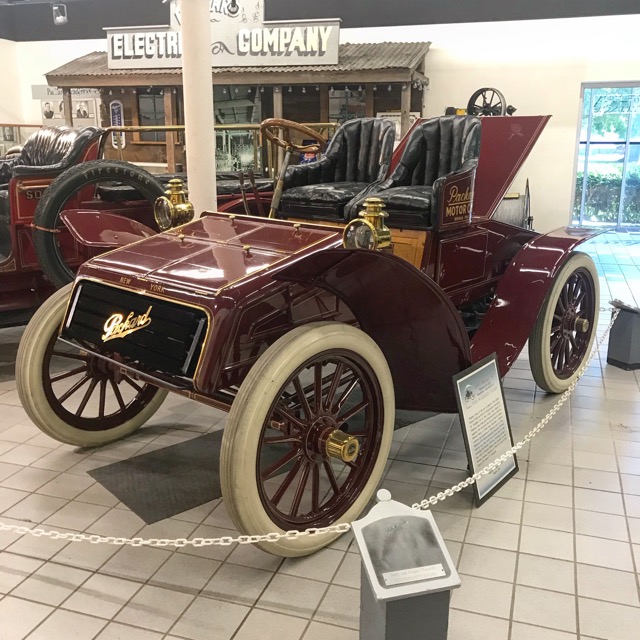 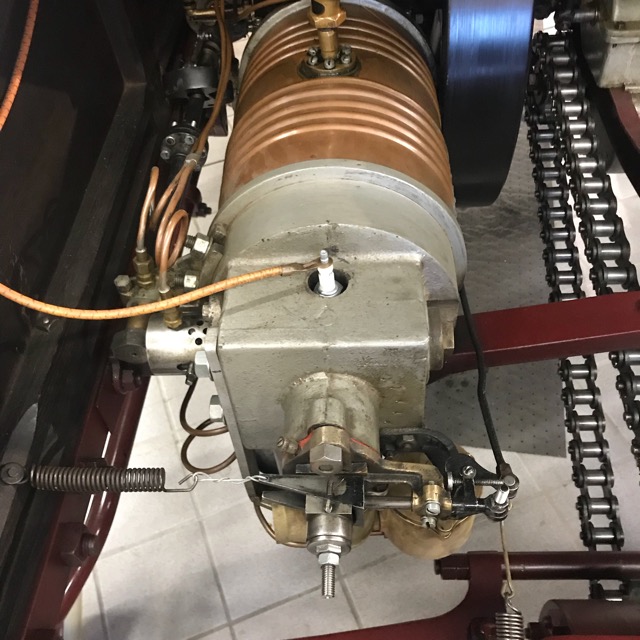 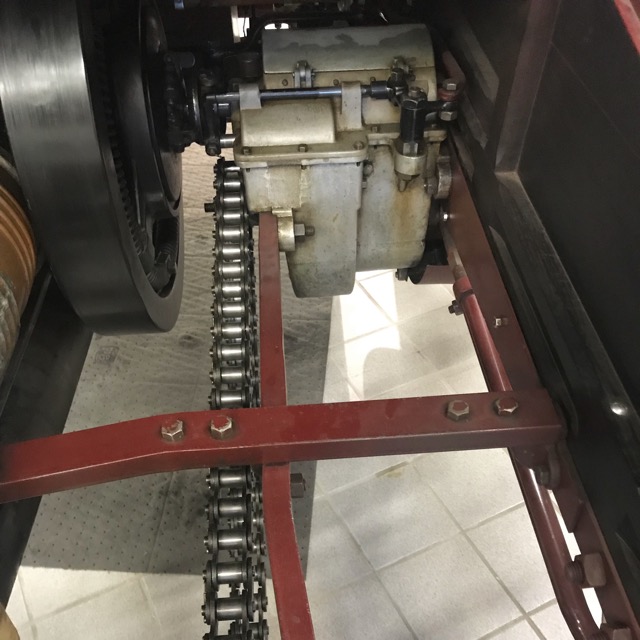 Jim Thanks for the Great pictures. were they taken with The New camera You found on the road ?
I didn't know Delphi was started by Packard. I think they are still in business ?

There are other vehicles on display 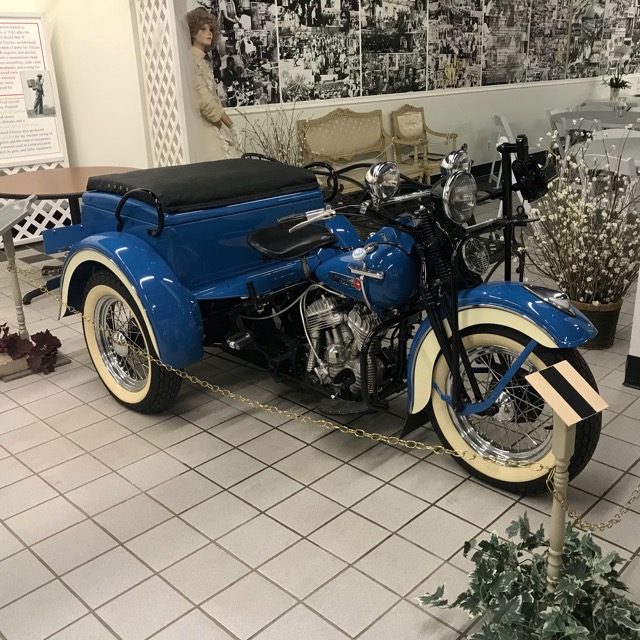 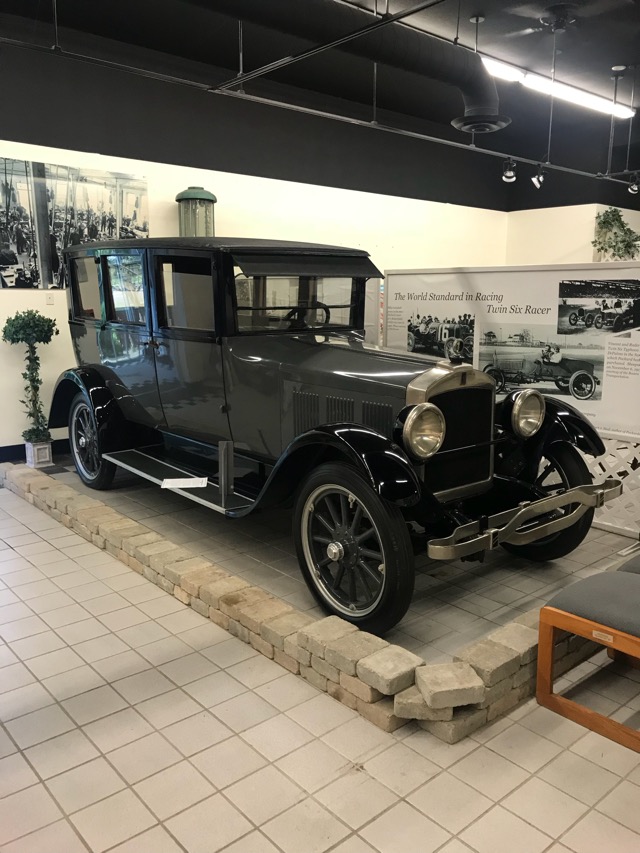 The Packard Museum is built on once was the Municipal Pool.

The Director - Mary - who is a great asset - used to take her kids swimming there for a quarter ..... 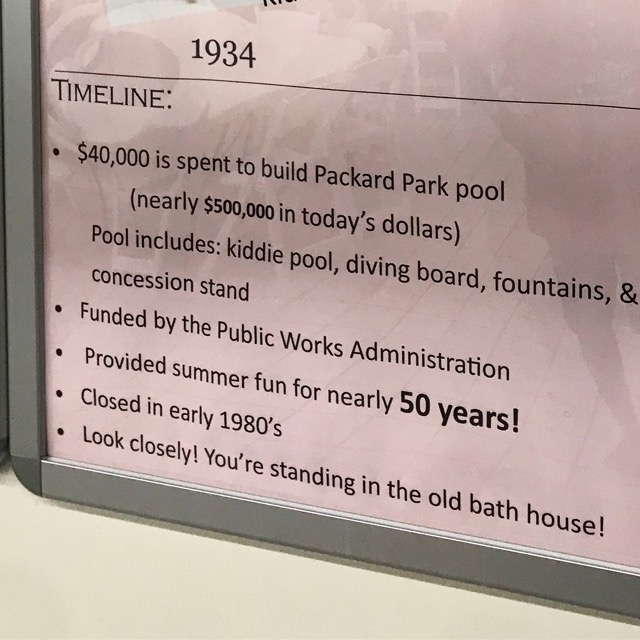 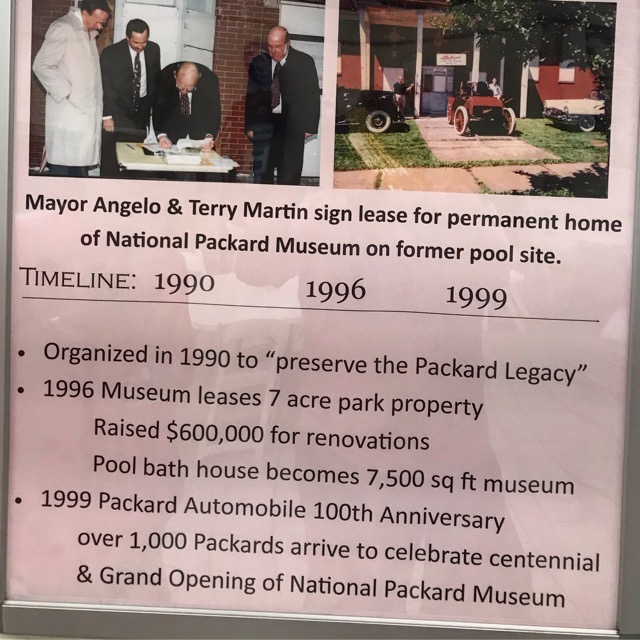 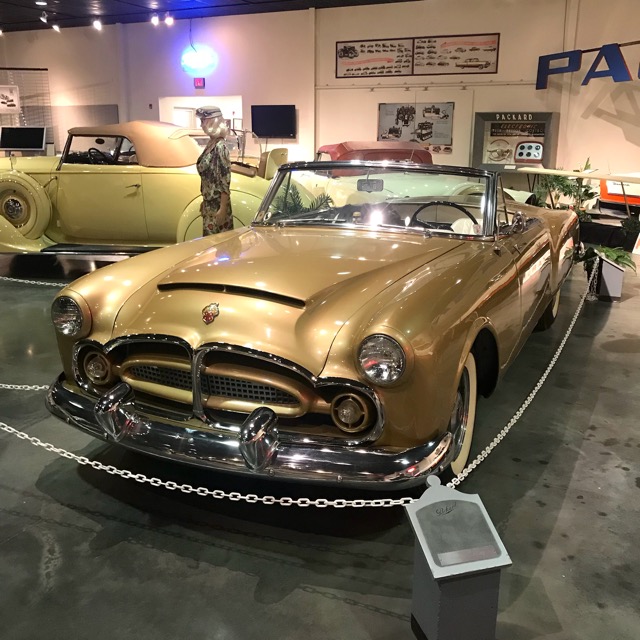 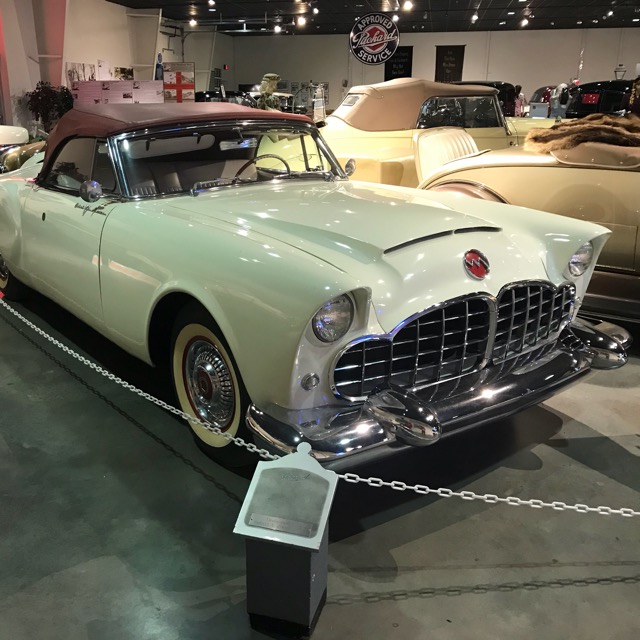 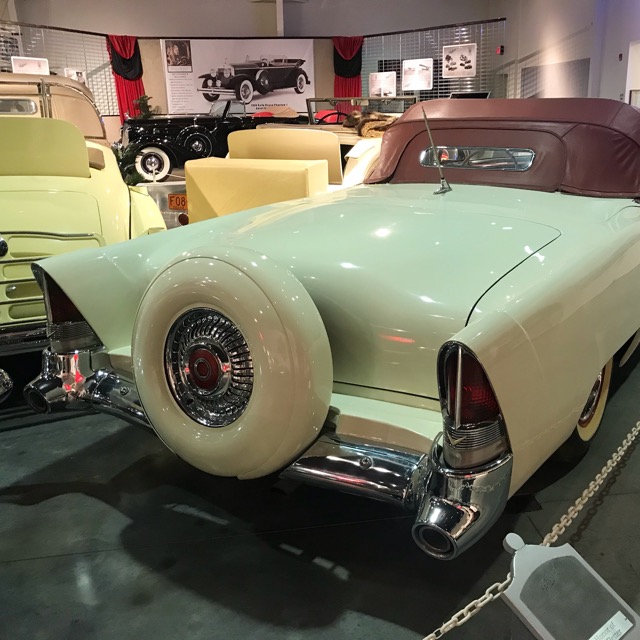 Capable of achieving 60 mph from a standing start in less than 30 seconds .... 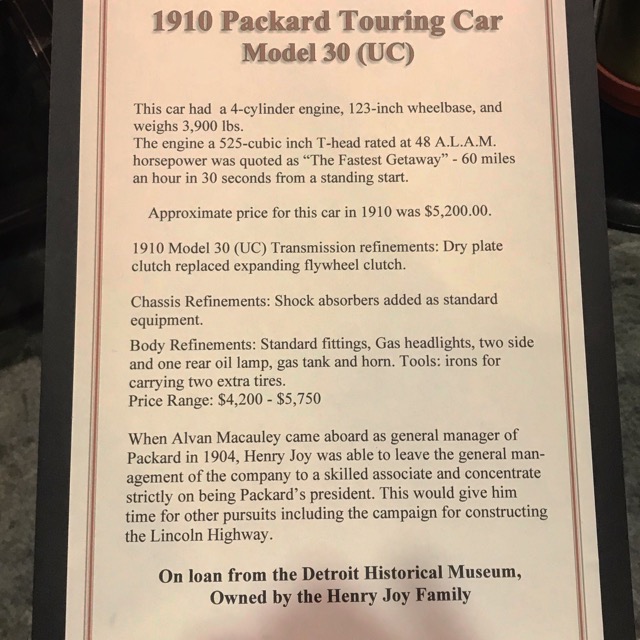 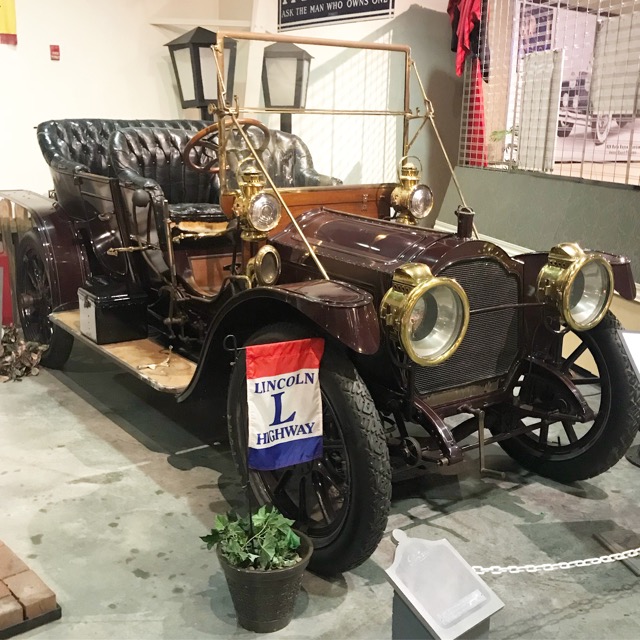 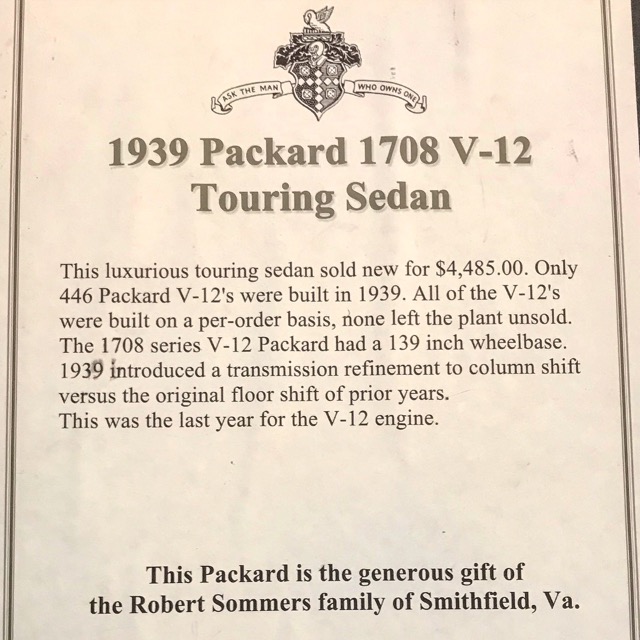 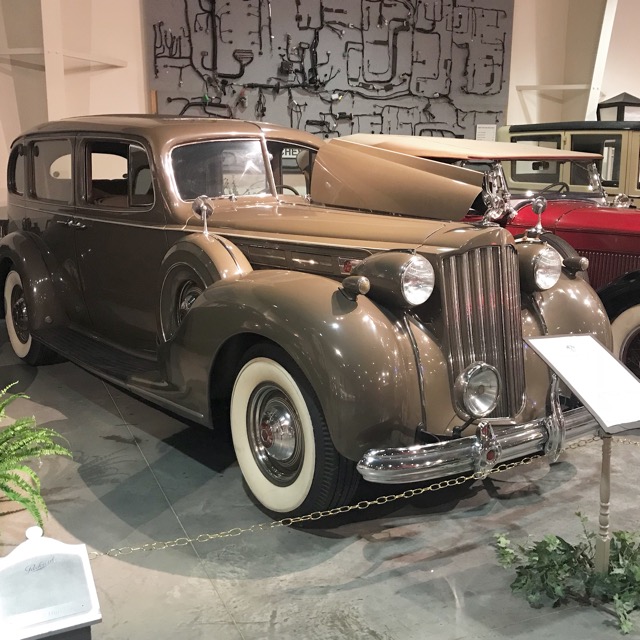 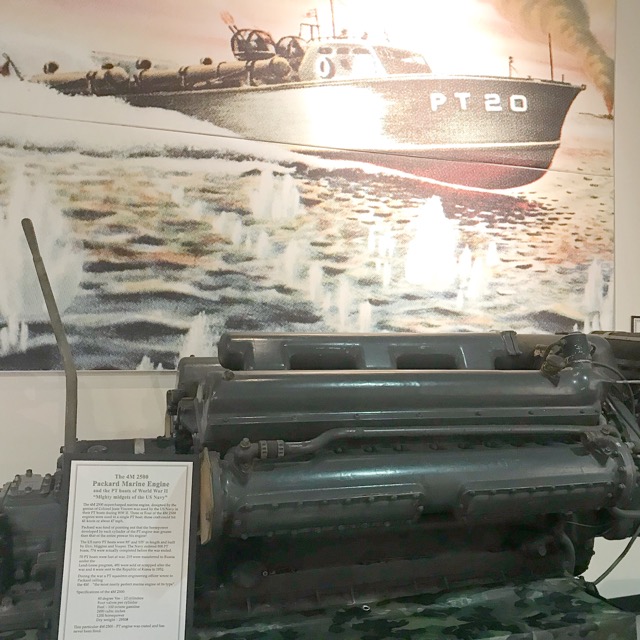 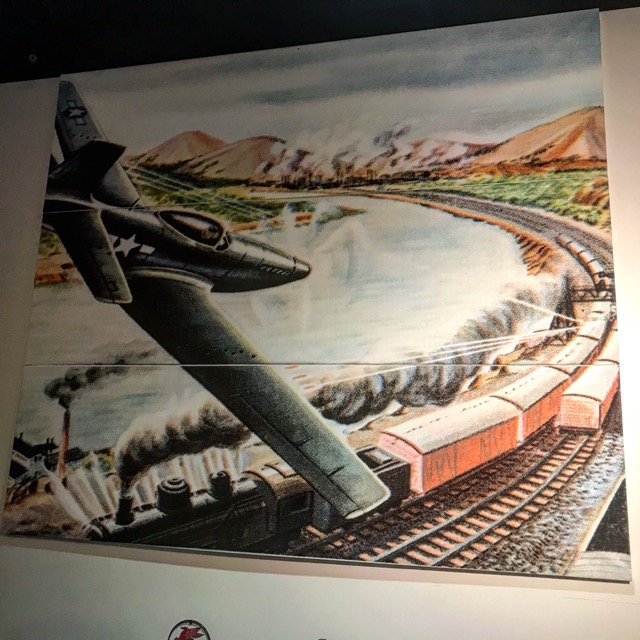 When I was a kid living in Newton MA a gentleman named Rod Blood had a barn full of Packards. Forget your perception of barns, this was probably 150' by 70', about 80' tall. There were three decks of mostly Packards - I do remember one Model T. When he died, there was an auction. I'm guessing, but I would bet that there were at least 100 cars. I wonder if any made the Packard museum? He had a couple of Packards that were supposedly the only ones in existence. My other Packard story is that when I was 14, a neighbor offered me an old car if I would get it out of her garage. I went over to look; it turned out to be a mid-20s Packard phaeton. The pody was perfect, there was some deterioration of the red upholstery and the tires were badly cracked. I asked my mother if I could have it. Naturally she said no. I still cringe thinking about it.

I doubt The National Packard Museum has any of his cars - they were all high end models that dispersed upon his death at auction in 1966.

There not Fords but they are beautiful cars. Thanks FJ for taking the time, and posting the pictures.

I'll take this opportunity to post a couple of my brother's Packards. 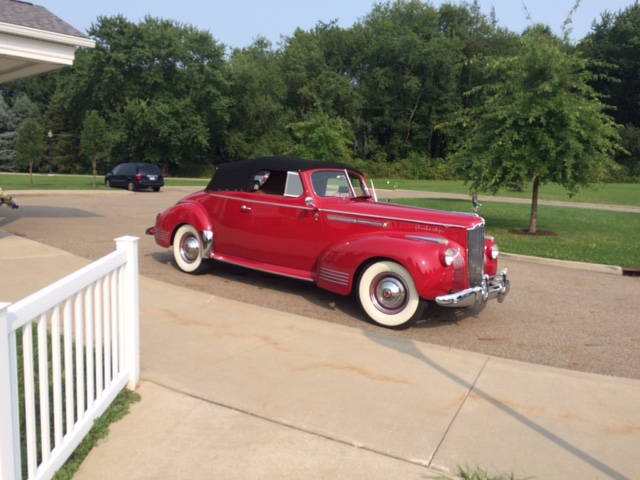 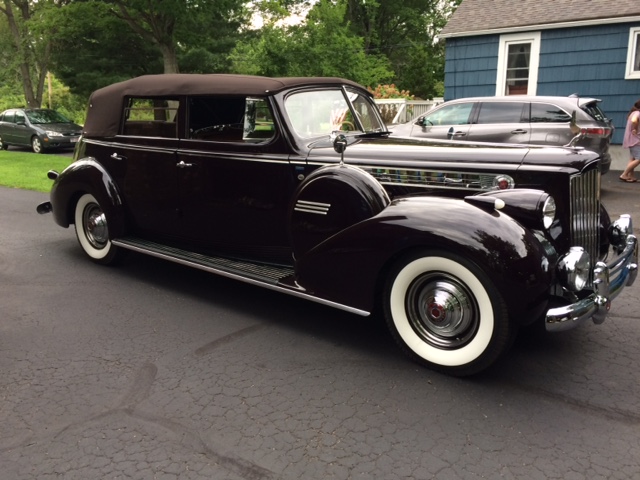 Dave. They are indeed works of art.what models are they ?

Being a Smith and Wesson fan, I can't say I'm too impressed with that silly "trumpet" or "blunderbuss" muzzle on the revolver. Perhaps Mr. Packard wanted it to look like a headlight.........?

In any case, a fantastic museum with a wonderful story to tell.

Has anyone seen what has become of the former Packard factory that has sat mostly abandoned for years in Detroit recently? I guess it has finally been sold and slowly being redeveloped and from what I hear offer limited tours of the site. Some of us from the Milwaukee club are visiting Detroit / Dearborn in mid October and I hope to at least drive by and see it.

Nice Packard Museum in downtown Dayton Ohio also. Not as large and less about the Company origins, however there are a number of show stopping 1930's examples.
Regards,
Scott

Its a good thing Edsel Ford was able to convince Henry they needed to un grade their car line & build the model A or Ford might have gone the way of other motor companies of the day that didn't make the cut.
I have a 26 Touring and have been comparing it to a 26 Chevy touring type. Other than a four cylinder motor and four wheels. Chevy runs way with it. Manuel transmission. Speedometer.Gauges for Temp.Oil and battery, Pedal activated rear brakes,Brake lights, fuel pump system and the next year ? They came out with a six cylinder option.
Ford did get on the bandwagon but it almost left without Him.

Jim, you had to wait until 1929 for the Chevrolet "stove-bolt" six.

It's indeed an impressive museum that nicely tells the Packard story. Have been several times and it seems there is always something new to discover. One minor detail that always seems to get overlooked in nearly every car museum I've visited-look at that engine pic of the 1903 Packard and you'll see a silly looking modern Champion spark plug sticking up out of it. Next time I go through there I'm going to put a few nice early plugs in my pocket and see if I can make a donation that'll at least look more authentic, although I have no idea what the correct item for it would be. They must have some literature there that would help. It's just a pet peeve of mine. As a plug collector I'm usually stretching my neck to see what's being used in the cars on exhibit.