Turned the ignition switch to Battery and saw a flash from the key slot accompanied by the sound of a pop and the electrical system went dead, no coil buzz, no horn, no lights. Replaced the fuse and tried the lights and horn one at a time then turned the key to battery and the fuse blew again. Took the 1926-27 ignition switch apart and found the paper backing material for the battery/mag points was warped and a groove had been worn into it by one of the 4 prongs around the key tumbler. I called Ben Martin who does switch repair, and he says if the rest of the switch parts are good, he would send me a reconditioned piece to replace my worn out one. Also, since different switches have different internal part fit up, he would send me 6 or 7 with the hopes one would work. Did a trial fit with 3 or 4 until I got one that fit right and didn't bind up and got the T back up and running in less than a week. Ben provides fantastic service at extremely reasonable prices.

Moral of the story:
1) anyone with a worn out or poorly working ignition switch should consider Ben Martin for a rebuild. Contact me by PM if you would like his number or address.
2) Everyone should have an in-line fuse installed for electrical protection and personal safety. Had this happened on the road without a fuse for protection I have no doubt there would have been an electrical fire, and given the proximity of the ignition switch to the fuel tank/fuel vent, it could have been catastrophic.

Yes but a fuse is not correct. I'd rather watch my T burn.

Jeff - Great post and reminder about the documented importance of a well placed fuse. The ignition switch backing plate is often overlooked and while a malfunction may not always result in an electrical fire, it may leave you on the side of the road.

Dave W, I was waiting for our resident "bandaid" expert to chime in

He's already trolling for abuse on his own thread. Truly sad and hopefully will be ignored. Must have been bullied as a kid.

Yeah, I guess we can add fuses to our list of other favourite topics such as MMO, disc brakes, distributors and 12 volt batteries with alternators.

I added a fuse now too. 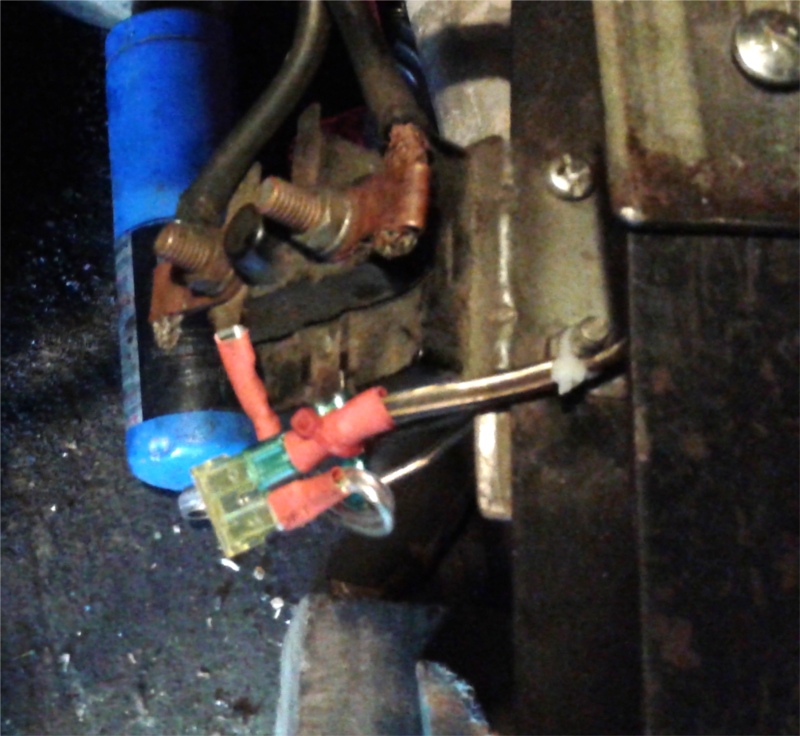 What bandaid expert might this be? I do what i can with what i have, call it bandaids if you want, but it works.

Jeff. I had the same type problem with a reproduction tab switch."Junk" Sparks and Smoke first night when I turned on the lights.fortunately the short and sparks stopped when I turned the lights off.
"No Fuse" I Bought a used Ford pin switch from Dave Hudson. Ben Martin rebuilt it. Car now has a main fuse at the terminal block, easy access beats crawling under the car to change a fuse and the odds of a short in the short piece of wire going to the starter switch slim to none.