Any ideas on what kind of two speed rear end this is? It is on the drive shaft just ahead of the standard Ford rearend. Is it a Jumbo? 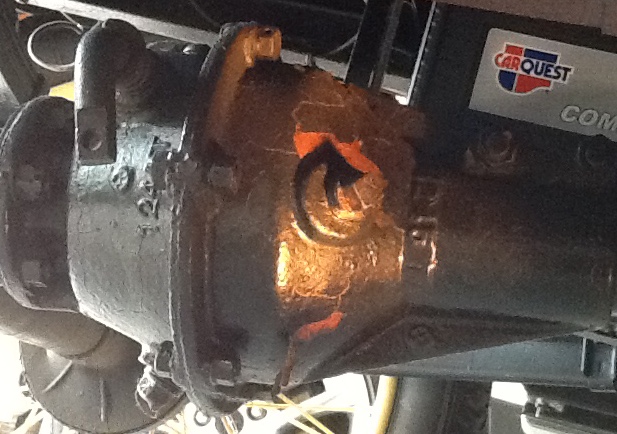 Planitor. Not very reliable from what I've heard.

It is on my 1924 Roadster but not hooked up. It is in the standard Ford gear which is where I plan to leave it. Is there any literature available on it. Is it a Jumbo Planitor? I heard they often go to a neutral and don’t shift as well as a Ruckstell.

Jumbo Planator - Very good transmission, uses standard Ford gears. Lower ratio than a Ruxstell - Planators don't have a neutral like a Moore has. Yours is a Jumbo not a Starr, and has the better shifter. Very simple and positive.

Does anyone have a picture of the shifter. This is not hooked up and has no shift lever. Does it mount like the Ruckstell shift lever?

Unless those are casting flaws, looks like the case has a lot of cracks in it. Seeing the red stuff, I am inclined to think it's cracked.

Just paint cracking over red primer. No cracks or leaks. It is in the Ford gear and not hooked up. I don’t know if it will shift, have never tried it.

I had a planator on a 1915 that I have sold. It worked fine but only gave lower ratio. I had a low/low and a low/high. Great for parades!!!!

I have one on my '27 and it is great for pulling up hills in low high. It is a bit hard to shift on the fly but it gives a true neutral which is handy. I had to make up my own shift linkage and set it up so the shift lever shares a widened slot with the hand brake. I don't have any decent pictures of the set up and am not near the car right now but can take some for you in a week or so. It was not hard but requires some welding and a couple of extra holes in the frame to mount the cross shaft. I could never find any picture of what the factory set up looked like.

The shifter is like a Ruxtell shifter,Catalog page shows a Starr,but list it as as a Jumbo 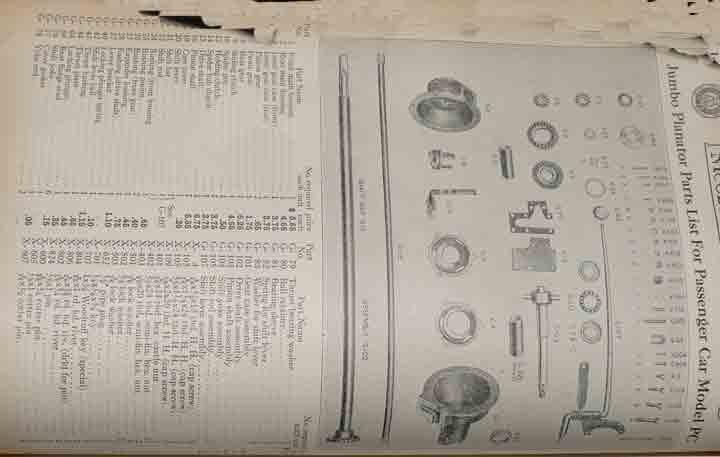 Looks like it mounts at the ball cap/u joint.

I’m working on one right now. I’m impressed with the unit and think it is very well made. I have a damaged part in mine, and Val, if yours has a neutral it is probably because yours is damaged, too. I stole the picture of the undamaged part that I stole from John Steele and Stana Howes earlier discussion. I going to make one part to satisfy me, but if anyone else wants or need one, let me know. 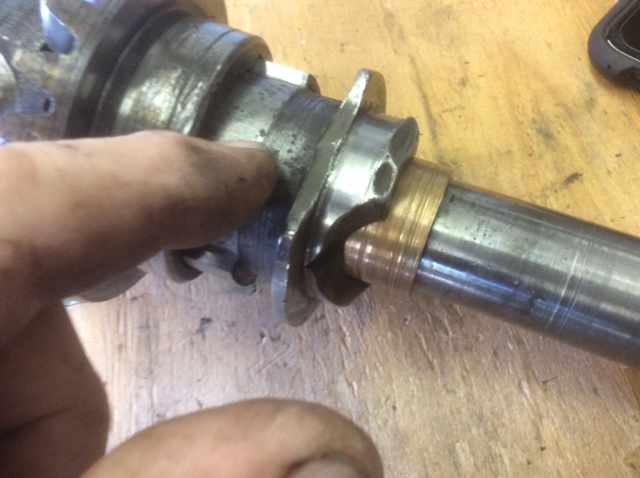 The gearbox is either in direct drive, low, or broken. No neutral

The site will not let me load the picture of the good part. Sorry, I can email them, tmorsher@icloud.com

Wow Tim, I can't believe it. I had mine apart years ago and nothing seemed to be broken. Maybe that is why it is so tricky to shift on the fly. Guess I better sign up for the broken part. It's kind of nice having a true neutral and it doesn't seem to affect the operation of it when it is engaged but I have always been a bit concerned about getting stuck in neutral even though I have lined emergency brakes on the large drum rear. 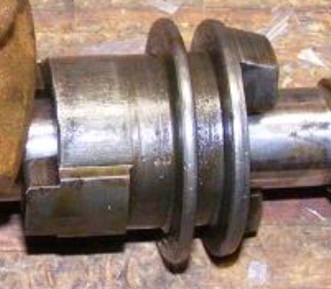 Is that what the fork goes on.

I have had two of those here for several years waiting for a rebuild. One is pretty good, one is only so-so and there are several variations in them even tho they are both Starr.

I have a very nice parts one, hopefully I can get two of them together from the three this winter and get it back to the guy in Texas that sent them home with me to redo.

One of the hard parts to find for me was a piece of 9/16ths drill rod. The two pinion reduction gears run on that rod.

They are pretty ingenious, using a lot of Ford parts.

Ruckstell bought the rights from Starr for the Planator and redesigned it and came up with the Ruckstell. Not long after that Starr started building these units. Ruckstell sued him. Lots of court drama and free advertising for both. Starr won but he really didn't care would be my guess. He got enough free publicity out of it to be worth whatever it took for the court case.

Yes, Joe, this is the part the fork goes in to shift. Likely the damage is from this shift on the fly nonsense. Why anyone would try that is beyond me, same with the Ruckstell. If you are driving a T, you can’t be in a hurry anyway, why do something that has to be so hard on the equipment.
On the positive side, ( I’m an optimist ) it must have happened early on to m8ne, as the gears are in spectacular shape. One of my bronze cages is chewed up from the metal floating g in there, but an easy fix. Probably new bushings throughout ( probably overkill )and the damaged part shown, and I’ll be good to go.