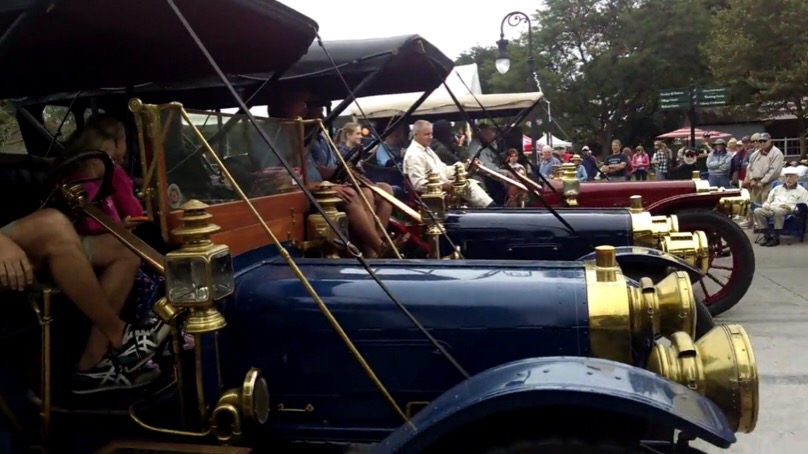 Very Nice! Through several of you the model K and 6 40 has risen from the cars Henry did not want to build to a great car which helped build Ford!! Thank you for sharing your cars!! Bud.

One of the many reasons this the best car show in the world.

Very nice! What an incredible sight to see four such fantastic cars lined up that way. I really liked what "the fellow" was saying. Too bad the camera's audio wasn't better.
Thank you.

My 6 year old son Cole and I were fortunate to meet and talk with Mr. Dean Yoder today among the K's. What a genuine fellow and thanks for taking the time to talk old cars with my son. Your duster full of patches from many (if not all) national parks is impressive!

Thanks again for the pleasant talk and we hope to see you at OCF again next year.

Unfortunately Rob’s camera said “memory full” as they drove up, and I had to grab my cell phone to get this footage ! The person that handed the Mic to Rob was Derek Moore, and the voice after Rob was Matt Anderson, the Curator of Transportation from The Henry Ford speaking from the stage. And yes the cars did make a little noise ! 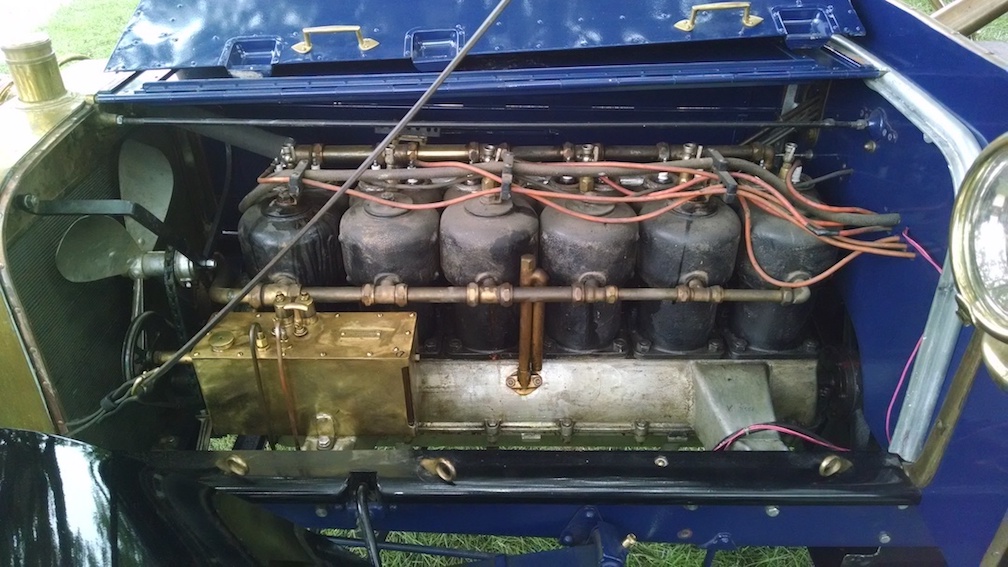 Can you identify the two working on this Model K ? 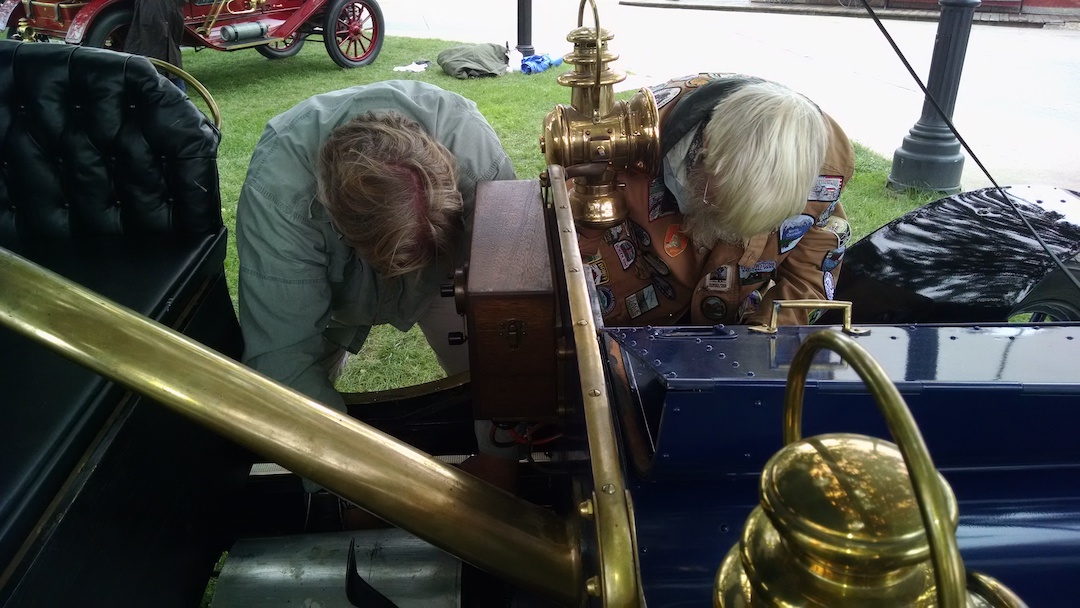 Dean Yoder on right, and "apprentice" .

Rob. did you own the blue model k with the white top before the red one? Confused mind wants to know. I love these cars from your posts, but I don't think I'll ever get close to one on my own.

Wes,
I owned the dark blue 07 without a windshield. Now a good friend from Canada owns it. Dean, Kim Dobbins and I have ownership in the 06. Our goal is to get it roadworthy and find the right caretaker to tour and display it.

I'm proud to say Dean and I have been responsible one way or another for getting three of the four Model K seen in the video on the road.

The fourth Model K is owned by Tim Kelly (one with a windshield). His son is driving it, with Tim's wife and daughter in law and grandkids riding. Tim introduced me to the qualities of the Model K.

Unfortunately Tim was ill and not able to drive in the pass in review.

Rob, I'm sorry , I can't tell the difference between years. In a picture from Steve Jelf's thread "on the road again" four K's are side by side from the left you are third Dean is a passenger on the far right with the light top, number two from the left has a black top and no windshield either.

Wes, I copied and pasted Steve's photo below: 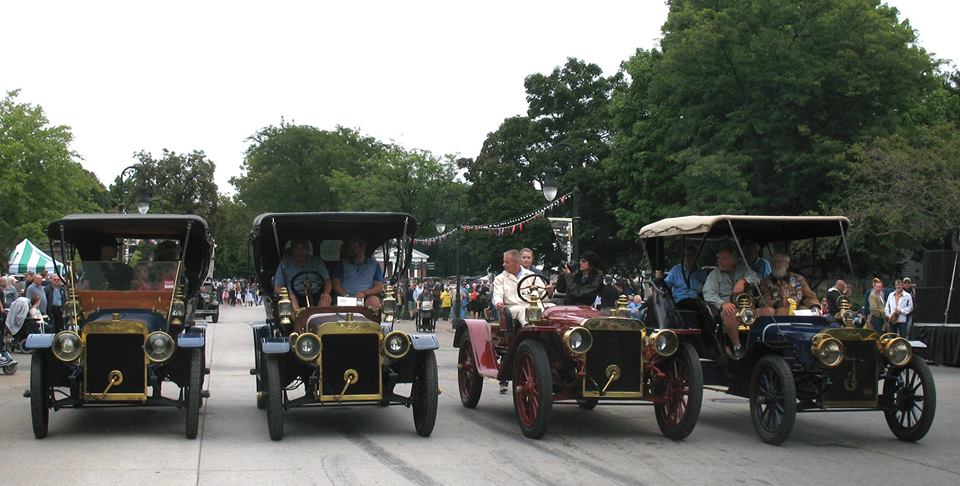 Left to right:
Tim Kelly's 1907 K touring. Next, Hugo Vermeulen's 07 K touring. Our K Roadster, and Kim Dobbins driving with Dean Yoder the passenger of the 06 K touring on the right. The 06 K has engine number 297. This number was sold October 1906 in San Francisco, according to Trent Boggess's Ford ledger database. It would be one of the last 06.

Different features of the 06 include the crank holder on the radiator (similar to N,R,S cars), shorter wheelbase (114 inch vs. 120). 1907 and 08 K added 20% more hp by increasing compression and changing the intake cam lobes. Another change was adding oil lines to each cylinder.