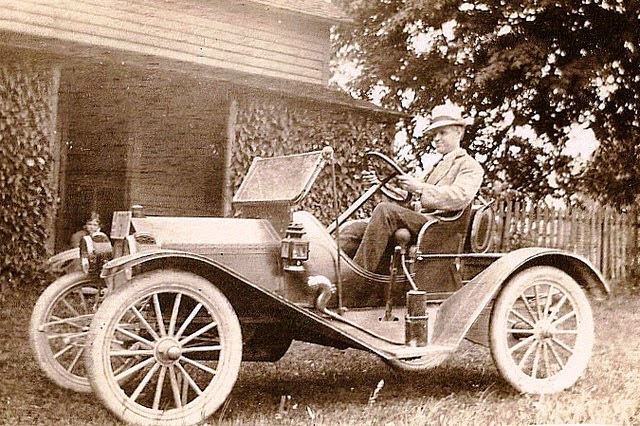 First year for the Model 22 and the only year for the speed lever (that is the Metz Company term) to be outside the body. For 1913 it was moved inside and thereafter referred to as "Center Control". The windshield is aftermarket as the '12s were sold without one. They included a Cambridge windscreen as standard equipment in '13. The top is easily removed, but you can see the top saddle just behind the driver's upper arm. 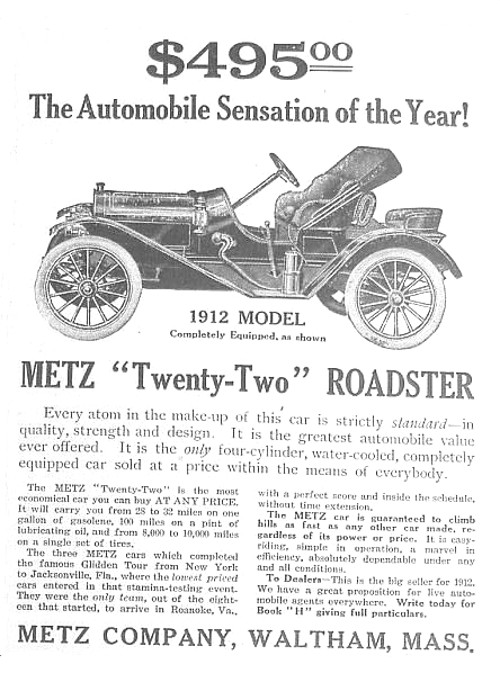 The Cambridge windscreen as shown in a 1914 advertisement: 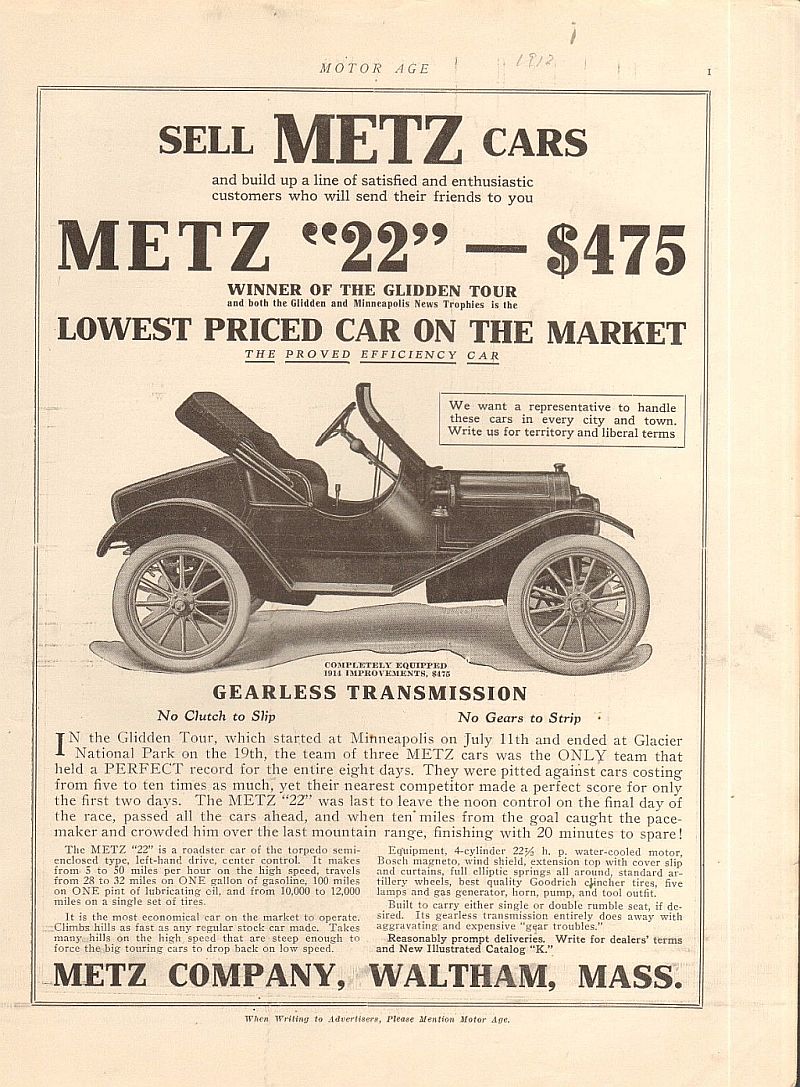 We had the pleasure of starting this one for the owner a few years ago. 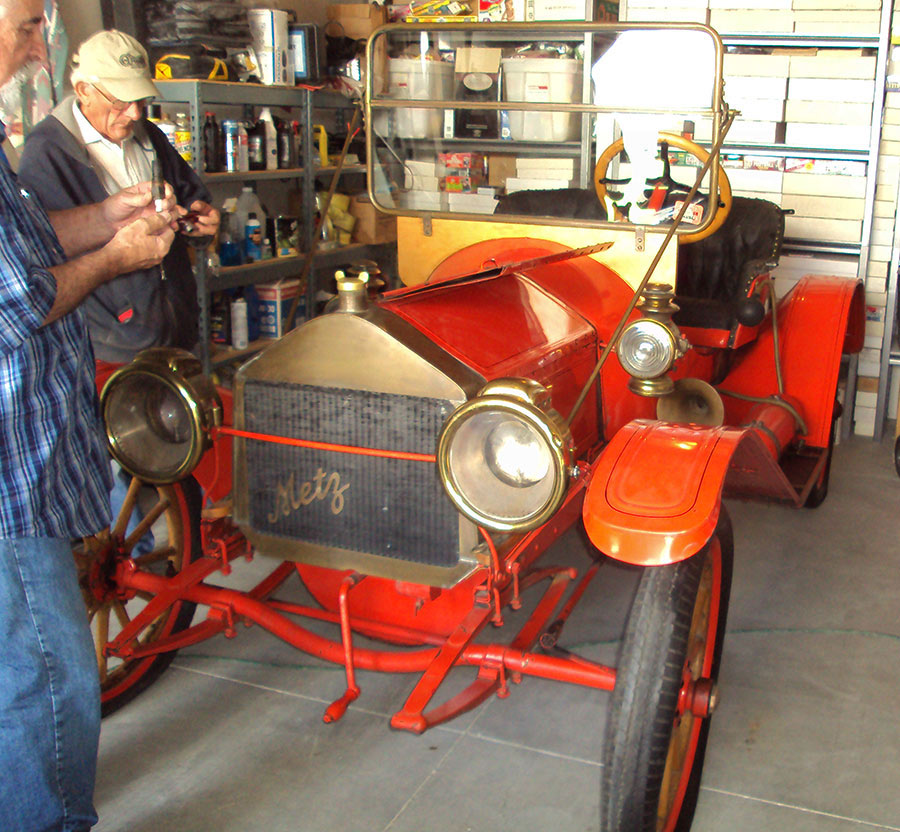 thanks for the bump so i don't have to go looking for them. charley

Bill- looks like the factory was in your neck of the woods... 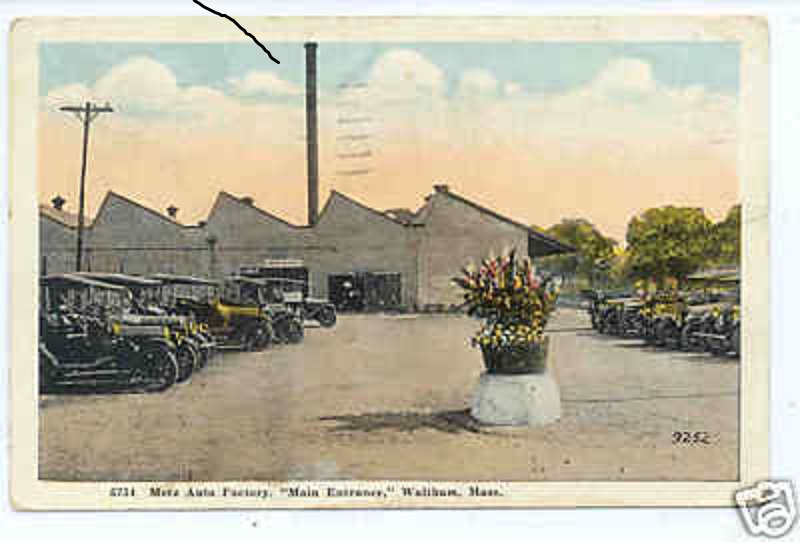