Thanks to a Model T friend and the museum curator, I was able to see The Henry Ford's Model K (not on display for some time) in person.

One of the reasons I wanted to see the car in person stems from these excerpts from Louis Scott's Remberance of his time working for Ford Motor Company:

Mr. Louis went on to say the Ford's Model K was painted maroon with blue wheels and a gold stripe. At the time of the Remberance, in the early 1950's, Mr. Scott reported that he thought it was the car at the museum.

The Model K at the Henry Ford is currently dark blue with yellow chassis and wheels. 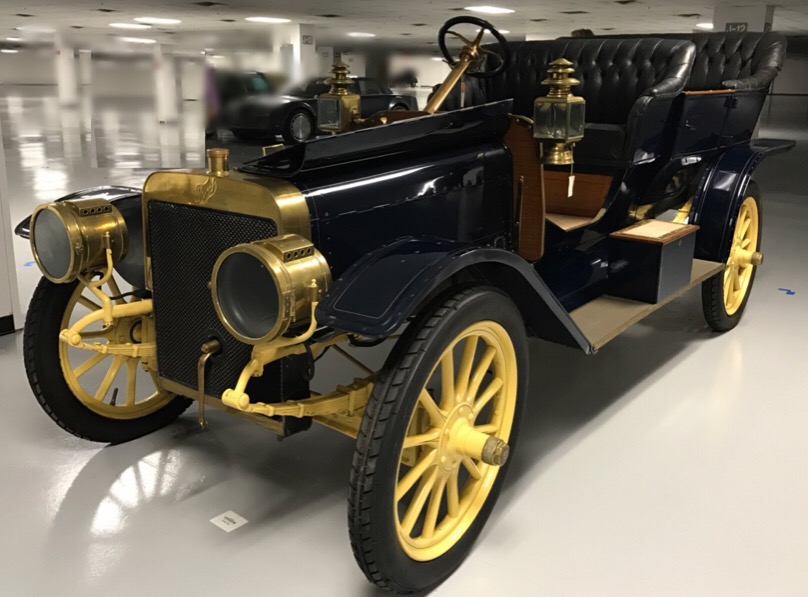 Museum records indicate the car was at the museum as of 1929. The car had obviously been repainted at some point, and the engine was stuck (unless the transmission was froze).

I do know from another report that Henry Ford claimed his last Model K was sold in the early 1920's. The obvious questions include, is this the same Model K Henry Ford reported selling in the early 20's? If so, it would have been somewhat easy to relocate for the museum collection prior to 1929.

And even more importantly, was this car ever Maroon? Prevalent colors for K touring cars in 1907 and 08 included red, Royal Blue and gray. I've seen no reports of a K being painted maroon, except in this case.

While we were careful not to disturb the the car, I did crawl underneath and found a spot where the newer paint was worn away. The light from my phone camera wasn't the best, and this is what I saw: 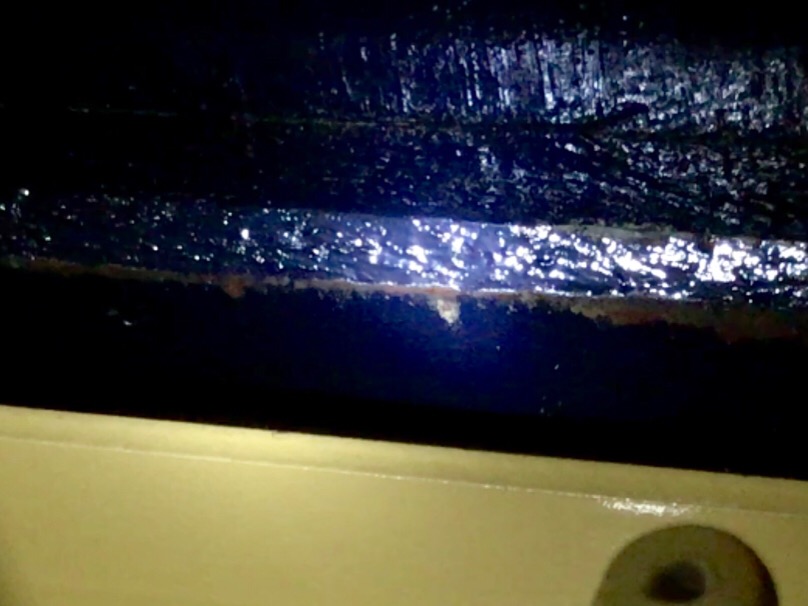 Paint analysis is the only way to know for sure. It is my belief that many wood bodied cars were mistakenly restored as red in the 1960's because of what they found underneath the original finish. Red lead was a common undercoat on wood bodied cars and on unrestored cars still sporting their original finish today you can often see red lead peeking through and hear the comment from the owner, "I suspect it's an old repaint over a car that was originally red".

Even if you find maroon, only paint analysis could tell you if that maroon is a finish that was available in the era. Fortunately, wood bodies are good for holding traces of evidence where steel bodied cars will not after repainting.

The chance that it really is Ford's personal car is interesting!

I see the ford script has no wings? Bud.

Walter,
I agree about testing a sample. And the original maroon paint that was probably used if Ford painted it is in all likelihood the same maroon used on Model N.

Rob, you should seek out more info on this K. It really should be put in running condition. I would be a great event if all existing Ks could be brought together for a special reunion.

Darel, I've attempted to have the Crawford Museum K (known history with over 200,000 miles) trailered to OCF and have THF bring out their K and the six cylinder racer (1907). Throw in the Porter Collection K on display at Piquette and the four Ks (sounds like a 50's pop group) that were at OCF, and we would have 8 Ford six cylinder machines at one event.

A specific Model K Tour would be awesome. Get that big old Henry Ford K going and get Bob to ship his K over. 9 K's is one place.Now that we be wort5h going to see.Get that little 6cyl J there as well for the icing on the cake!

Rob, you might check with Wayne Leonard, he may have some recollection of that K. It Would be great of there was proof it was Henry's.