Sorry I can't seem to get the picture to flip around. 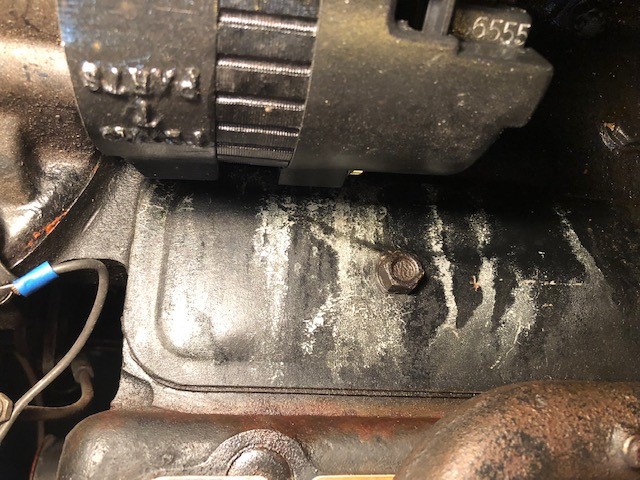 I had a similar issue with my T and it was leaking coolant
through two of the four manifold studs. It turns out that they aren’t all in a blank hole and can penetrate into the water jacket. I sealed the threads with Locktite 567 plus added a
“O” Ring that is held against the side of the block with a flat washer and nut. I had to extend the threaded section of the stud to accommodate the new nut. A much happier fix than removing the Cylinder Head for a blown Gasket
Alan 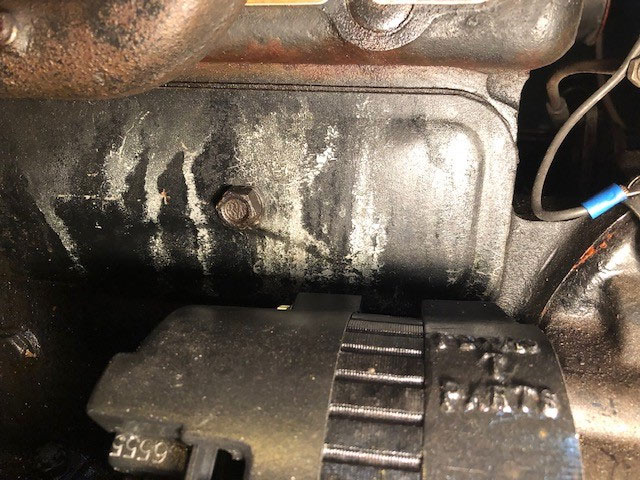 Maybe a little porosity in the block...

Looks like the plug is the culprit here, water gets blown back by the fan along the edge of the valve cover thats why it looks worse than it really is, time for a buffalo nickel fix ;-)

I would suggest that you clean up the area as well as you can to remove all rust and signs of water from the area and then take off the fan belt and warm up the engine to operating temperature but not boiling. Let it cool off and inspect it very carefully in all the above mentioned areas. When it is cool enough to touch without being burned, run your fingers over those areas feeling for dampness. A very small leak can, over time leave a rusty or water stained area, so it might be hard to find. This method will eliminate the need to do un-necessary repairs. remember to put the belt on again. If you don't find the source of the leak, and it is very small, just keep your eye on it before each time you run the car and note whether it gets bad enough to need to add coolant. Eventually you will find the cause.
Norm

First paragraph should have been a leak around the hose.
Norm

Found the Water Leak.
Bought a rubber hose. Overpaid. Cut off the what was needed. Installed. Yes it is a little long, but I think the other one was a little short.
It is amazing what is found when the hood is actually removed.
Also flushed the block and radiator. I was running 50/50 and still pulled a lot of Mississippi mud. It seems that the flush needs to be a spring chore. 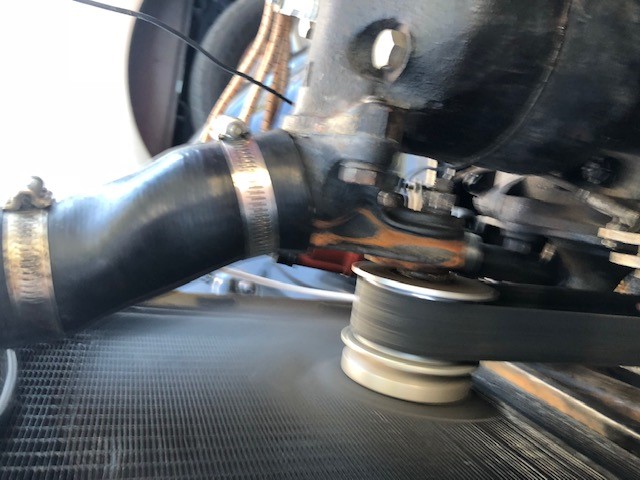 So you have a Model T...and it is leaking?

This a common occurrence. Even new , in a show room even. 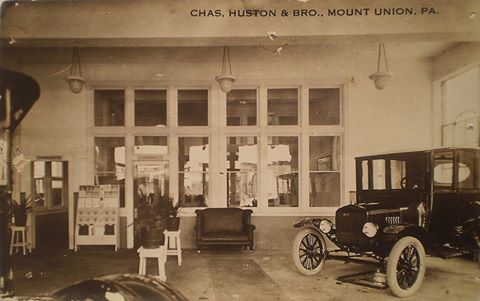 That is a great photo. And I suppose people took it for granted that the engine would leak? Imagine walking into a dealership today and seeing that.