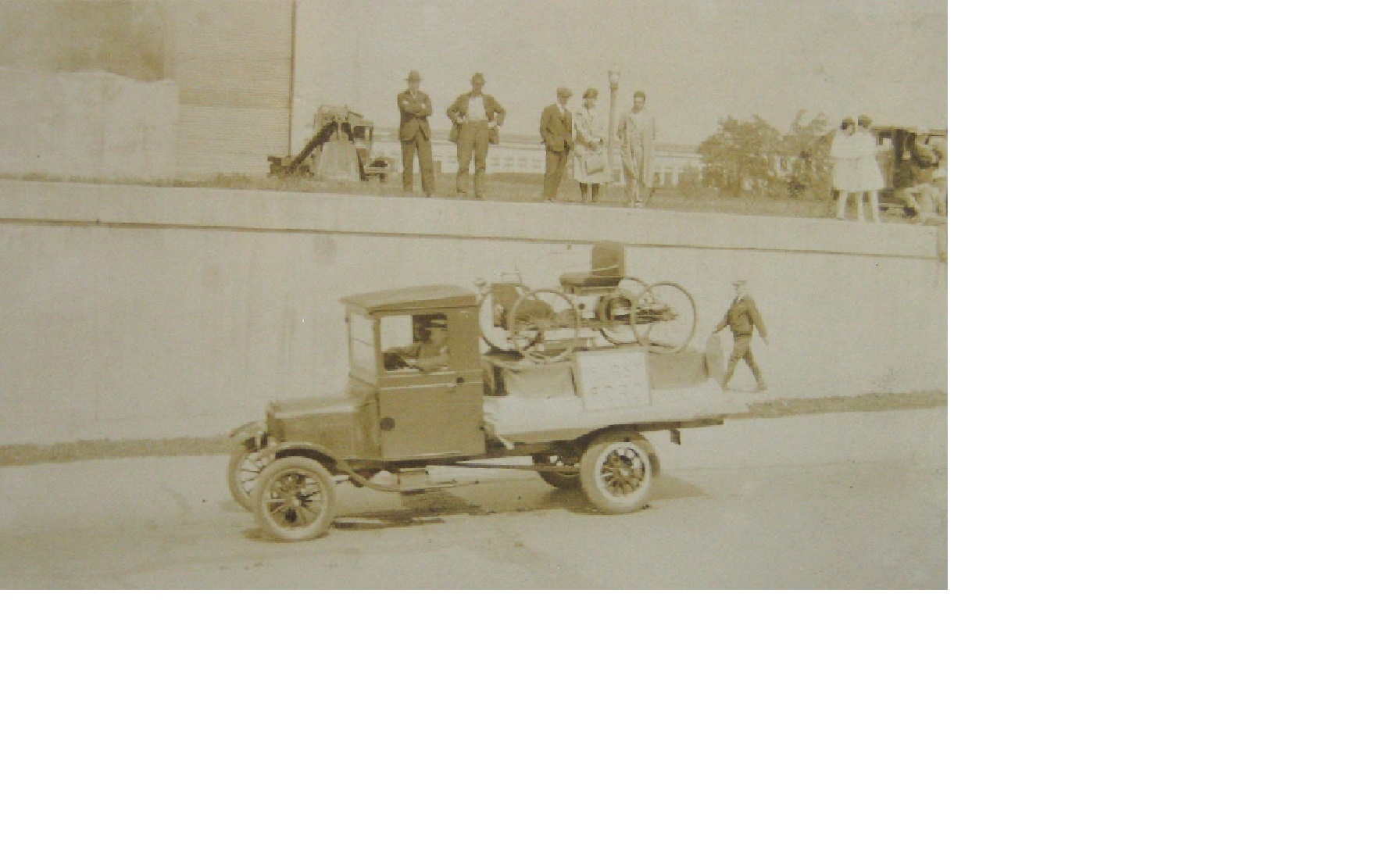 No back story to add, but what a cool old photo.

More people looking down on a Ford. Jim

The guy on the sidewalk looks like he has more modern clothes than the rest of the onlookers.

I think the sign says first ford. Maybe this was Henry cleaning out his office. 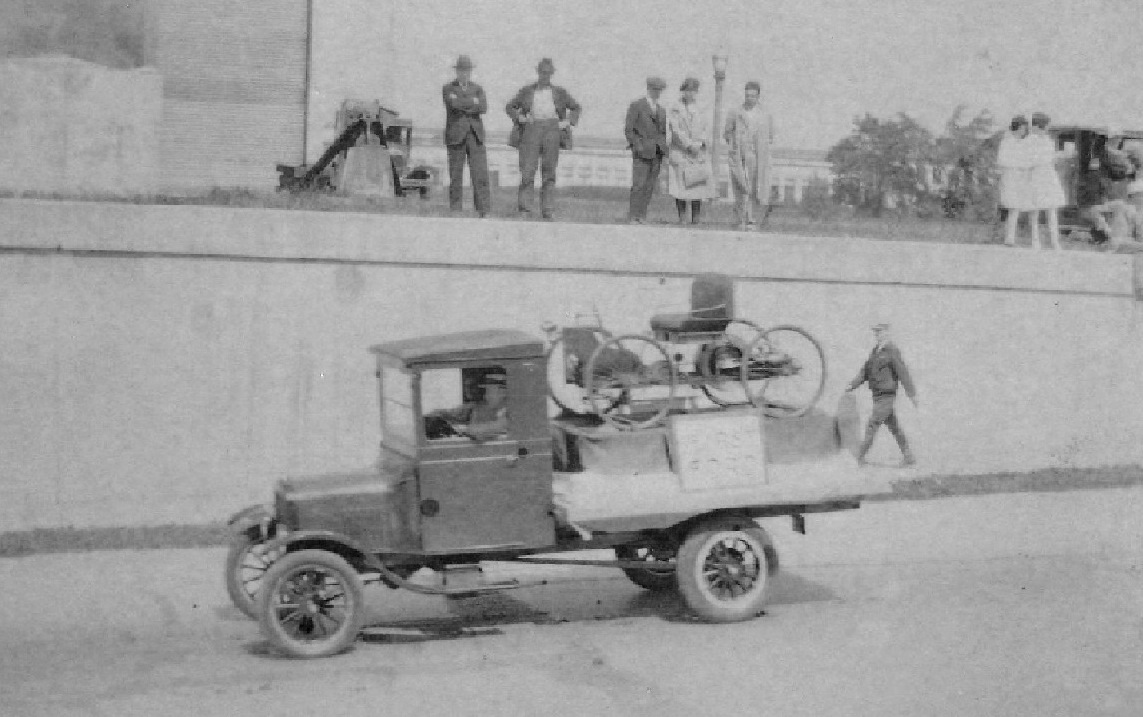 What year is that truck? 1920? The year of the truck might be an indication of what was going on. Henry’s first quadracycle would not have been taken out for no reason. It is possible that it was being relocated to a new museum. Would anyone know where the original quadracycle was being displayed in the 1910’s and where it is being displayed now and and if that facility opened in about 1920? If so, it is possible that this photo is of the move taken by a newspaper photographer for the next morning’s edition. The spectators may have read about the move in the newspaper and came to see it without having to pay admission. In the days before TV and radio, any reported event was a source for entertainment. Jim Patrick

I think I have seen this photo on here before. There might be some information in an old thread.

How about commemorating the 30th anniversary of the Quadricycle?

The size of the rear tires on the TT indicate 20" wheels and tires which I think would limit it to mid 20's. (24-27?). The sign definitely says, "First Ford". The black and white photo, the clothes, hats, and background indicate 'period photo'. As for the man in the short jacket, it may be just that; a jacket, rather than a coat or suit coat.

Also, TT enclosed cabs were introduced until about the same time as the 20" wheels (24?) As for this being the original quadricycle, I would think that even by the 20's that there might have been look a likes (dupes) made.

I believe Henry Ford purchased the Quadracycle back in or about 1904.It is currently at The Henry Ford. I also believe it was kept in the garage at Fairlane along with the 999 racer from sometime after 1915 until being sent to the museum which opened around 1929.

The TT shows the paint difference between hood and body and the radiator shell, a difference in color, or at least luster.
A 30th anniversary would place this in 1926, which seems to agree with the TT, but 1929 isn't too late to be using a two or three year old truck to transport the quadracycle to the new museum.

It has been my understanding that Henry's original quadracycle didn't survive long, and he had a replica built under his direction? So all existing examples are replicas?

It would help if the posters of photos harvested from the internet would include a link to the web page from where they downloaded the photo.

Sorry, I have no link for you to reference. This photo is part of my collection which has over 500 photos of Ford stuff. I have been trying to select photos that I do not understand or would like to have more information on. But I am surprised no one has mentioned the car in the background that is half blocked by something. This car looks to me like it could be a 28 or 29 Model A Ford. It is not clear, even in the original picture. Or is it a 26/27 Model T? I am just going bumper.

As you can see the sign says "FIRST FORD". The man following is obviously Charles De Gaulle, or maybe Groucho Marx. 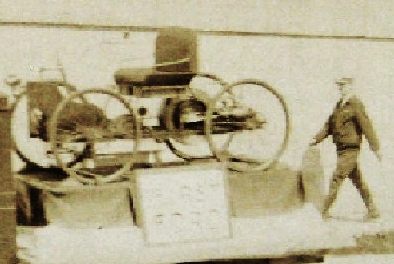 Is that Henry driving? He may be on the way to the first ever "Antique" car show and/or tour. It boggles the mind (or what I have left of one :>)

I don't think it is being transported to a different location. It's being hauled as a display, other wise they would not have it high on a platform with a sign on it telling what it is.

I know it's not the first time a Ford hauled the quad in a parade....

An interesting article. Five months before the introduction of the Model T, a snapshot of the automobile as a "rich man's plaything." That's about to change . . .