As there was a recent topic on the forum about radios in model T, the attached was presented in the Forum sometime back but, time to present again.

Motor truck magazine for 1921 presented an article about an experimental radio for use with Motor Carriers to send and receive messages from their trucks rather than looking for a phone booth. Yes, Virgil there was a time before a smart phone, one had to look for telephones in the landscape. (I wonder if Bell attempted to place one of his land lines in a horse drawn carriage?)

A Ford Coupe owner by the name of Giblin placed an early radio phone in his Ford to prove a point.

Rather than tell the story, I am presenting to those interested the complete article from Motor Truck, 1921, 'Radiophone adapted to trucks.' 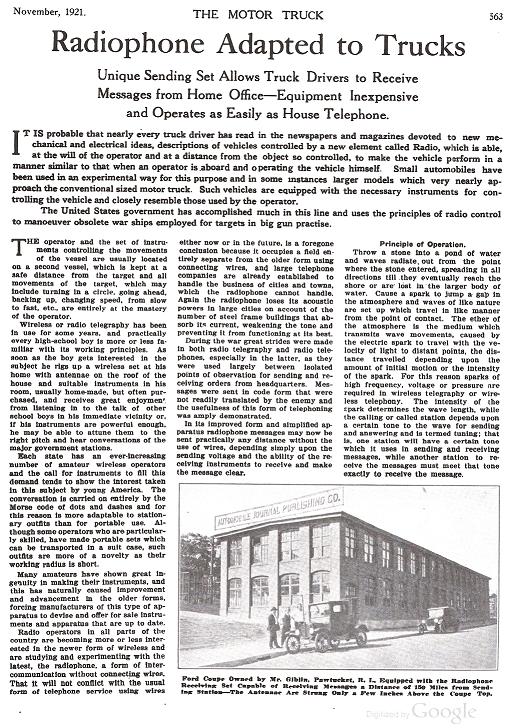 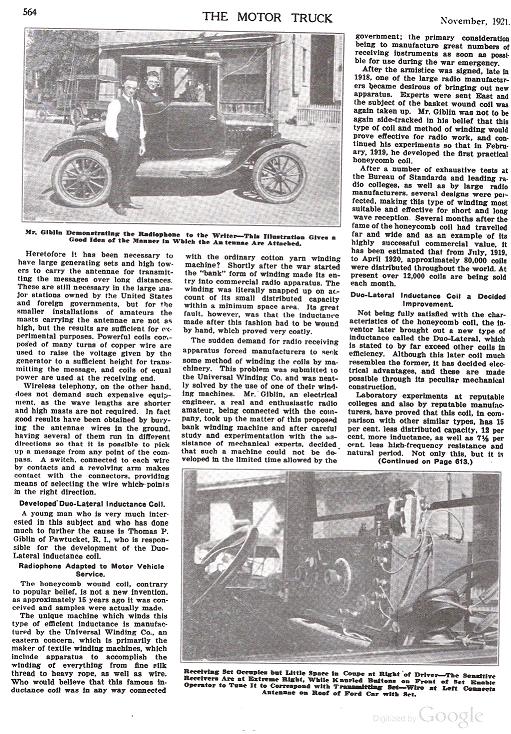 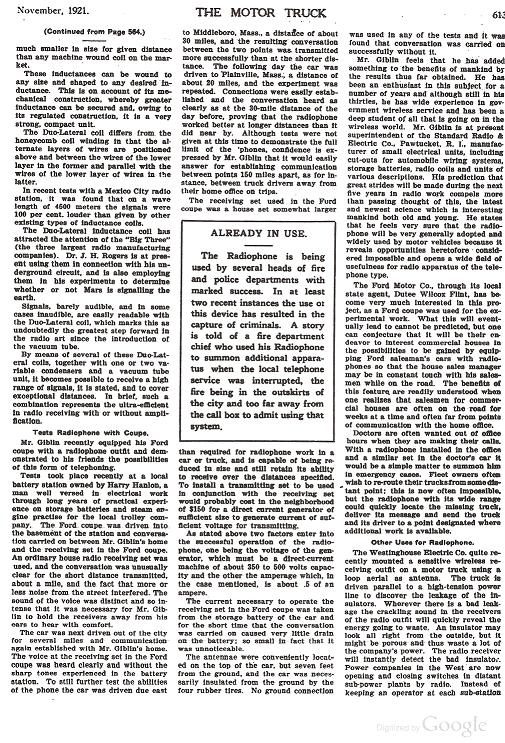 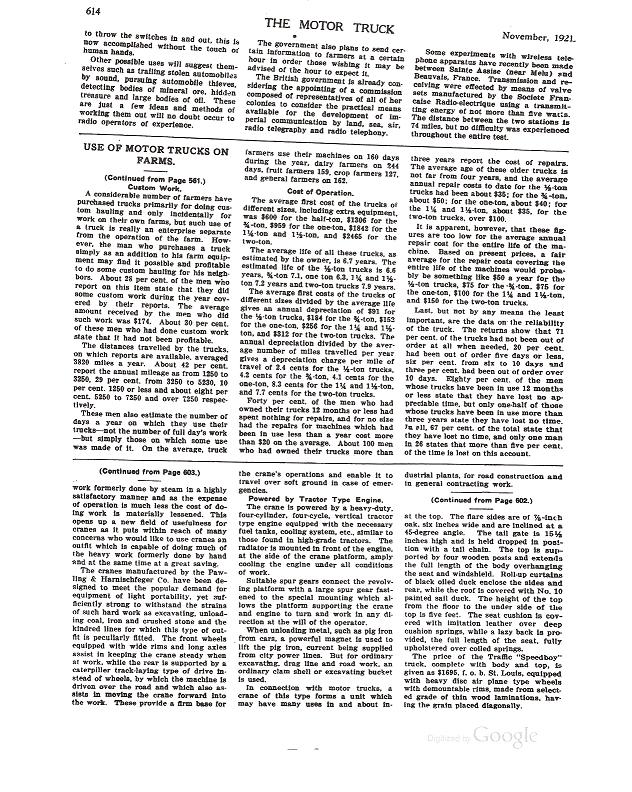