I have over 500 T photos in my Photo collection. I would enjoy sharing them with everyone. But since I am new to the Forum, I just did not want to start another civil war.
Notice the rear axle on the TT. Wasn't there something in the Vintage Ford about these recently? 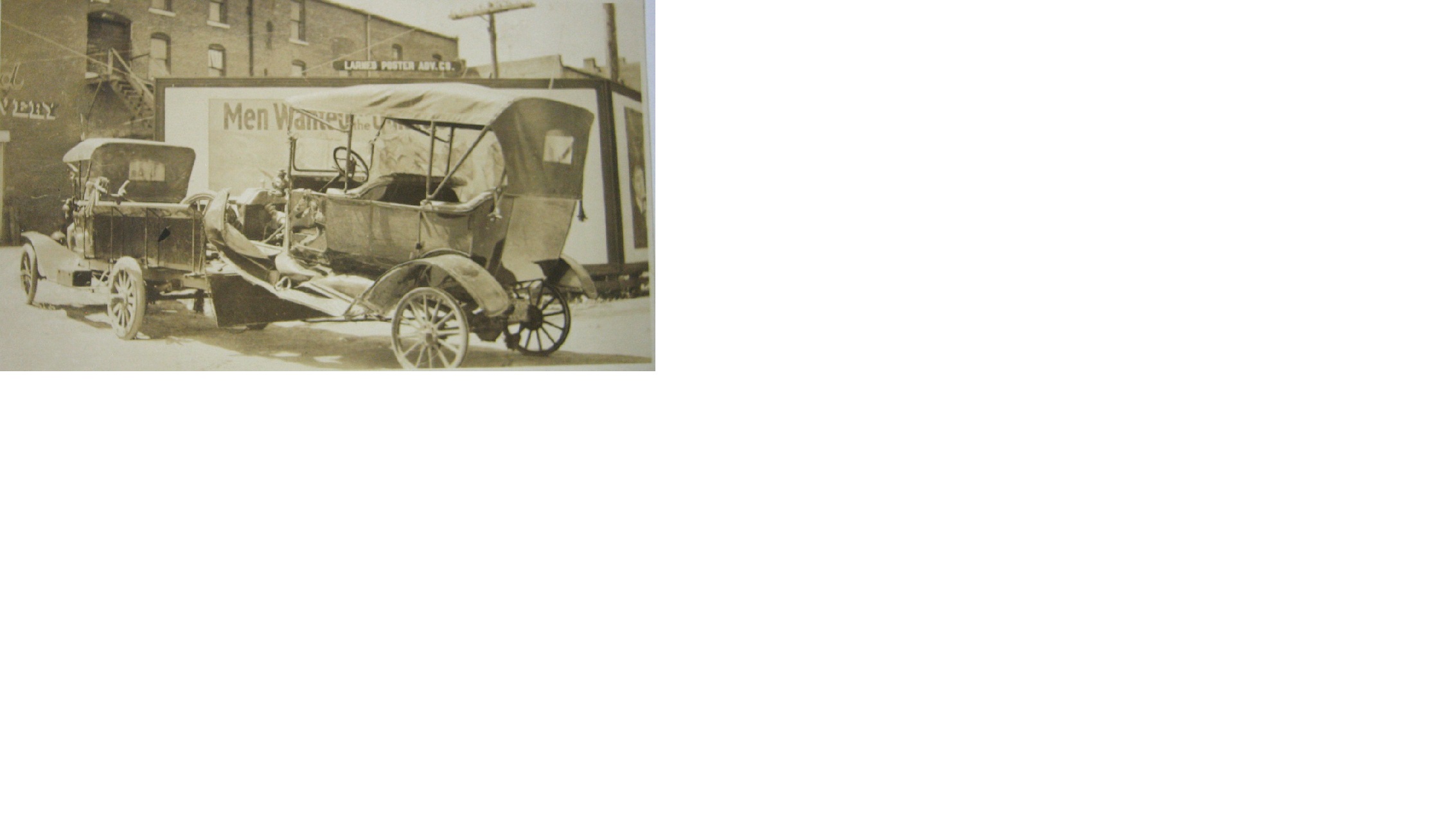 I would enjoy seeing a few more from time to time.
Thanks
Rich

Is that Touring a wide track? Fenders look wide.

Very interesting picture. Both are '15/'16 Ts, the one, being an early form-a-truck, I don't know which one of the several being offered in those days it was. I really would like to see some good articles, or studies, on all the known "truck conversion kits" offered for model Ts and other cars. The Smith is probably the best known, and they were being offered by 1915 for Fords. Graham Brothers, better known for the Graham Paige automobiles of the very late '20s and early '30s, were also then offering conversion kits for Fords as well as many other marques (I have read that even a Stutz chassis was converted to a truck using a Graham kit. Later, the Graham Brothers partnered with Dodge and built mostly complete trucks sold through the Dodge dealerships. There were at least a half dozen others, most producing only a few, for a few years.
After the TT was introduced, the demand for conversion kits pretty much dried up. It is interesting to note that after the TT became available, conversion kits continued to be offered to turn the lowly one ton TT into an even larger multi-ton truck!

The truck does not appear to be set up for auto recovery. It looks to be a standard box delivery or grain type truck. The front axle of the touring has been removed (it appears to be sitting in the forward area of the box, left wheel badly broken). Looking closely, I think one can see one end of the front spring sitting on the back end of the opened box. The car is probably tied forward to keep the it from sliding off the back end. Not much side room in that box for what ever is left of the front end of the touring. Doesn't look like that rig has much of a short turning radius. I am guessing it must have been a fairly straight run into town.

The touring looks clean and shiny. It can't be very old. Which also means the runabout was converted to a truck when it was nearly new as well. With all that front end damage? I find it interesting that both rear tires are missing. Sort of like one being blown out of one's shoes?

Thank you Dean K! I had seen that and wondered myself. Again, thank you for bringing it up. I am undecided on the answer.

Military enlistment advertising on the billboard? Possibly during the war,

I'd be willing to bet that if a wrecked car sat out over night the expensive tires would be gone by morning.

I too would love to see your collection posted on the forum.

We learn so much from the old pics.

Or maybe the T touring owners kept the rear tires when they sold the T for salvage.

I wonder if they left the transmission in high gear in the Touring to avoid burning the clutch and fourth main by towing?

It was a salvage car and only pulled for a mile across town. Probably pulled it with no tires on it as well. I've done it plenty of times. LOL

Another option for a short tow was to remove the rear axle keys and put axle nuts back on loose. Replacement axles and rear hubs were less expensive than major engine work.

Look how wide the rear fenders on the touring are, esp the bent one. Maybe wide track.