What year do you think this is? 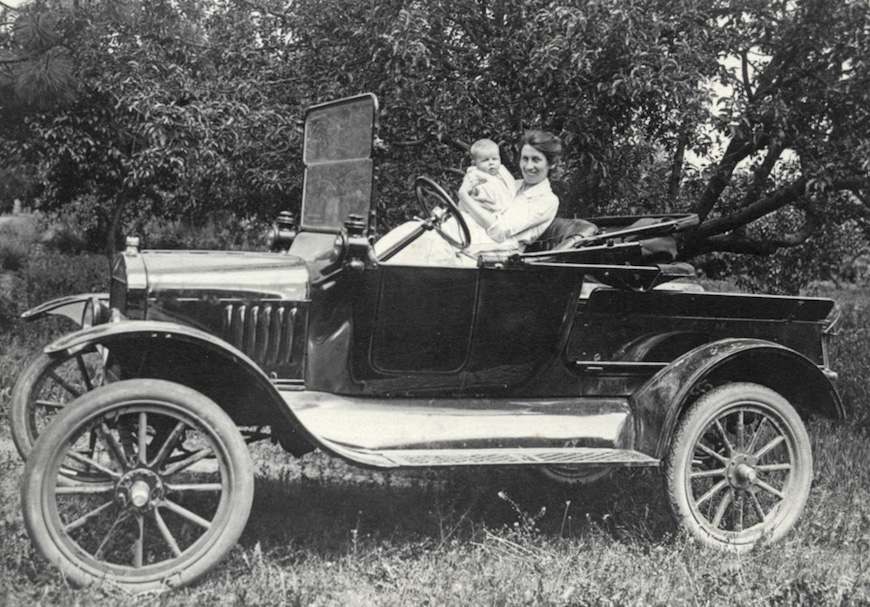 I was thinking T roadster pick ups didnt come out until 1925. Could be wrong.
It could be as early as 1919 or as late as a very early 1923.
The PU bed must be an aftermarket or so I think.

Pickup bed is wood (after market)

Could it be a 1917? The top sockets look like they might be oval. The wishbone appears to be above the axle. These do not show clearly but this is my guess.
Rich

Square felloe non-demountables with above axle wishbone (pointed out by Richard E) and offset windshield hinges makes it likely a 1918. The top sockets do look to be oval. And, it has what appears to be the combination horn light switch. All in all a narrow window combination of early and not that early.
Wonderful picture! Thank you.

Beautiful job on that pickup box, and a high finish on it. Look at the reflection of the rear fender.

That is the closest photo that resembles my 18 including the wood bed that I have seen so far. thanks for sharing.

Can you fill me in on how the horn switch identifies this as a 1918? Here's a better detail. Thanks! 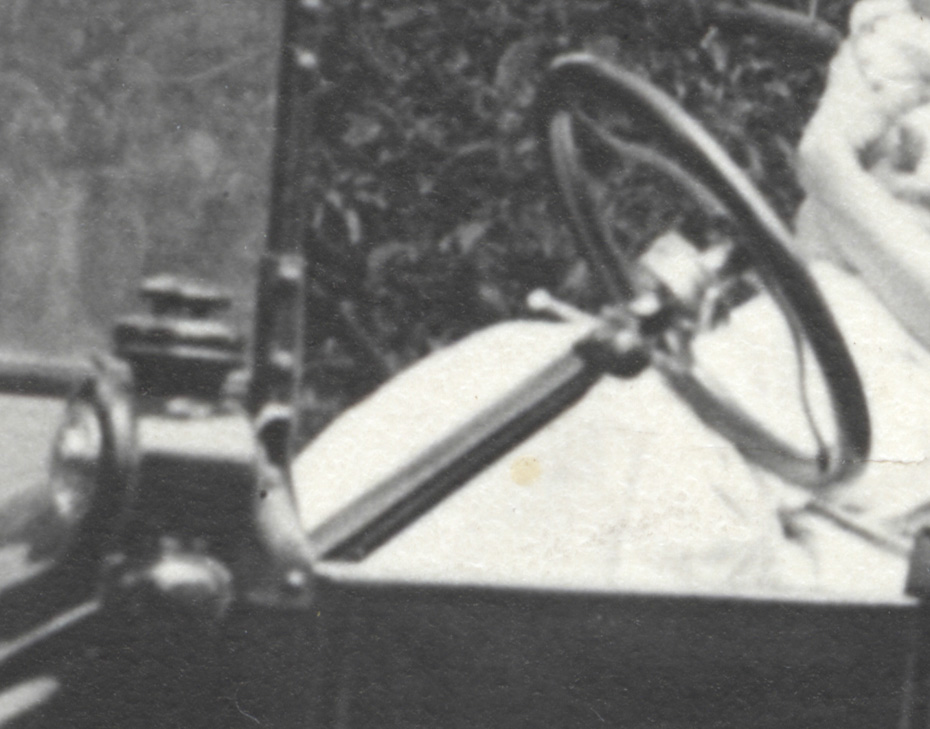 Arthur -- The 1918 model year cars had a combination horn and headlight switch, which also was used on non-starter cars at least until 1922. It looks somewhat similar to the later horn switch, so I'm not sure anyone could tell for from that fuzzy photo which it is. The cowl lamps are another indication that it is a non-starter car. So if it is the combo switch, it could be an '18-'22 car. But the top irons changed to the rectangular type in '19, so if those are oval ones in the pic, it must be an '18 car. Those are two "ifs" that some folks here are pretty sure about, so that's how they reached the '18 conclusion. (They have better eyes than I do.)

Hi Mike. The Encyclopedia says "rectangular cross section by 1918". I agree on the fuzzy picture. If '17s used the '15-'16 style button the '18 is the best guess.
It's nice to see all the suggestions.
Rich

Tracked down the baby. He was born in January 1919. This seems in line with what you're all saying.

Since it's a roadster the guy removed the turtle deck probably stored it in a barn or sold it or ?
Don't know for sure but that's probably what happened to it.
Maybe that's why you see turtle decks advertised found in a barn.
If you were on a farm the pick up bed would be a lot more handy than the turtle deck.

Pick me ! I love my runabout, but that little turtle deck is nigh unto useless. Maybe this winter (depending on what I feel needs done mechanically) maybe next, but Lizzie will become a pickup sooner than later . . . I'll put the turtle deck in the barn. ; - )

Rich, you need a pickup box on Lizzie! Think of all the uses on the farm. I use mine all the time. Work around the farm is more enjoyable with a trusty T sidekick.
" Git er Done"

Us City Boys still like the cute turtle.
;O(

Richard, you must be right. I'm a hardcore city boy and the turtle stays.

Rich, I love the turtle - just can't put nuthin' much in it !

Dallas, I know you're right ! I've kinda abused Lizzie this summer hauling tools, fence posts and stuff that doesn't really fit on the runningboard carrier. 250# of feed on the runningboard kinda makes for a "port list" on the way home !
I love the look of the pickup box in this picture !

So, where does the term turtle deck come from?

Larry - it's the same as the hogshead, I think - someone thought it looked like a turtle's shell, others agreed and kept on using the term.

Hard to believe, but here's the serial number for this car: Oregon Motor Vehicle Registration 67758 shows Glenn Marsh registered a 1919 Ford Runabout serial number 2996815 in May 1919. Looks like the car came off the line late March, two months after the baby.

Now all I need to know is which one of you has the car now? My roadster pickup is much later, so I know it's not me.

The engine was assembled March 31, 1919, but it's hard to tell when the car was built - often weeks later at a branch plant.

Maybe some of the branch plants were still using up leftover oval top sockets into 1919.

My '19 is a branch plant car with oval sockets. Hard to say if it is original that way.

Well here is my 18, pretty darn close except for the accessories. Not much of that nice black paint left on the top but some underneath. 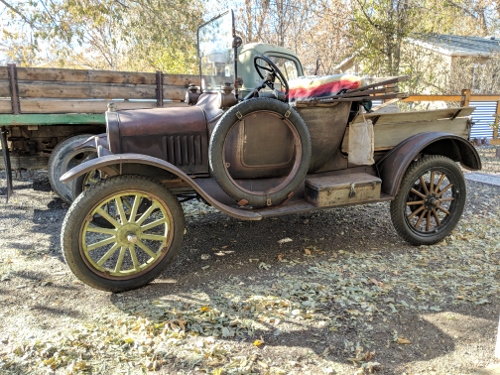 I saw this today.

Here is the ad for the box. 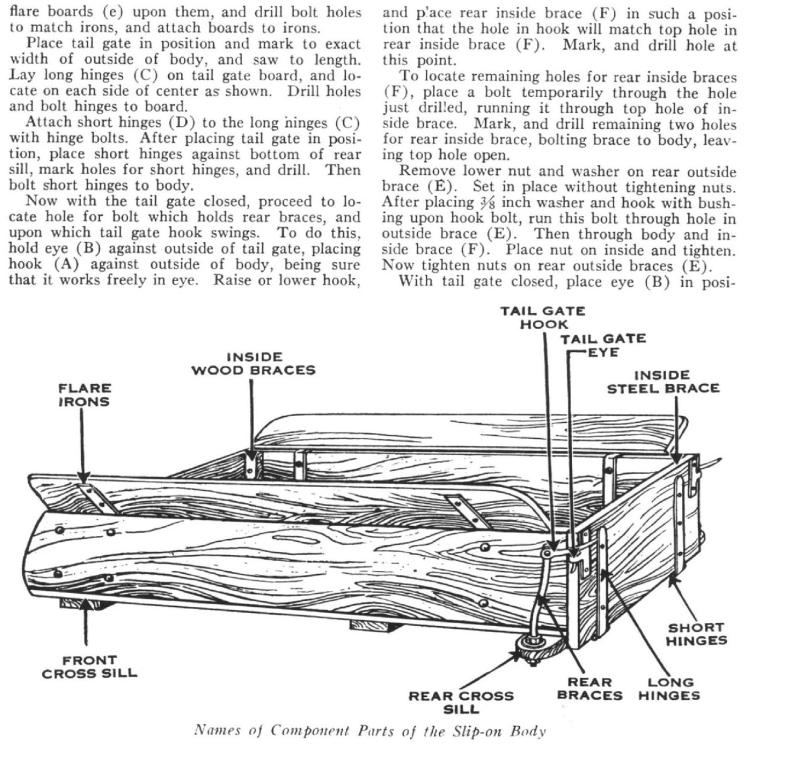