Anyone have pics of TT rear end completely disassembled? I'm trying to see how the new neoprene inner oil seals are seated vs the old style. This Ford scripted seal was pressed into the driver side housing and I can't find another one. 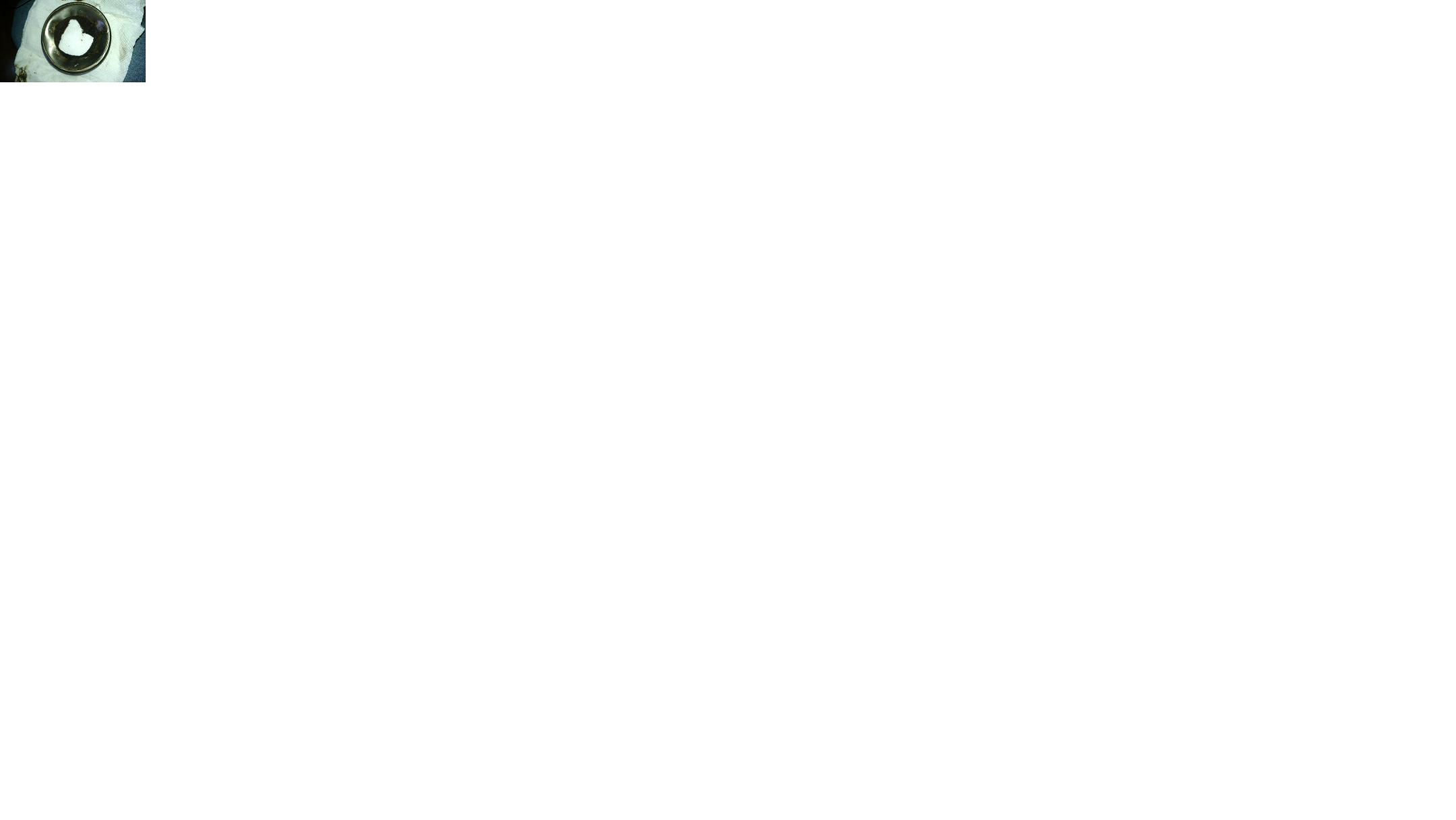 I am not helping with pictures, but I saved the ones in the clamshell, straightened up and put new felt in. maybe somebody makes new. just a thought. The new inner neoprene seals have instructions somewhere. I will try to dig up or find a picture.

Hi Chris, the MTFA booklet on Ruckstell rear overhauls is very helpful and explains the seal positioning and steps to follow. I highly recommend it, as following it carefully you can't go wrong :-)

(I meant to add, the advice in the booklet covers non- Ruckstell rear end as well)

Not sure if this is the same one's, mine were all smashed up some how over the years. I beat them back into shape and welded them up, put in new felt and installed. 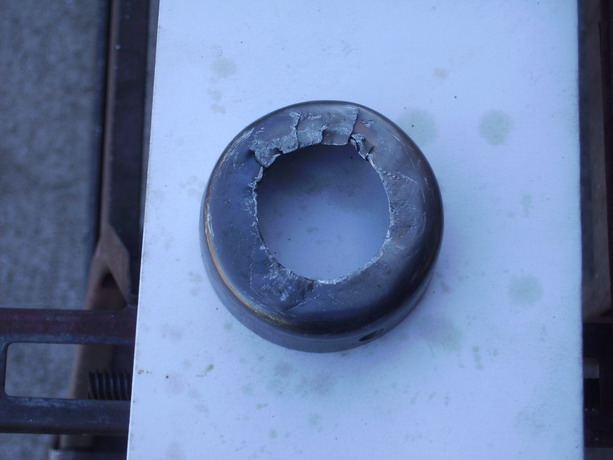 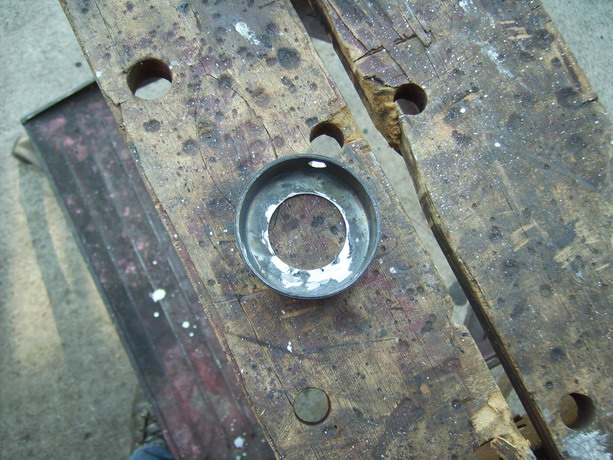 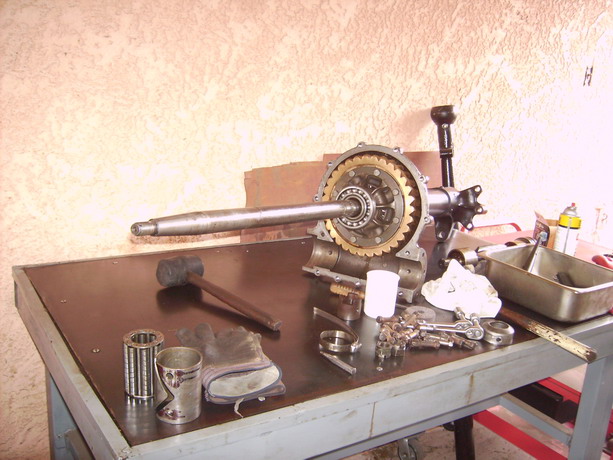 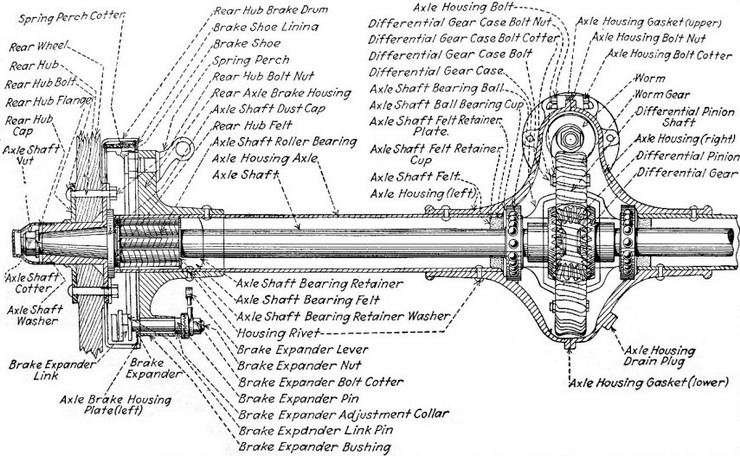 Which seal? the next to the ball bearing or next to the roller bearing? the neo seals go in before the sleeve is put in, the flat side to the bearing. Side note, there is no seal under the cap next to the hub, the seal fits in the recess on the hub. The cap on the end of the axle tube is just a bearing retainer.

The TT rear axle should have a felt under the outer bearing cap. (Same as the car axles). Every one I’ve taken apart had the remains of a seal under the cap.

I checked the parts book, Ford never supplied a seal under the dust cap. The only seal was between the dust cap and hub. Yes people may have added one, and yes I have taken down a TT rear end that had one. Between the end of the bearing and end of the the axle tube is only 1/8". The dust cap is only 1/2" deep. 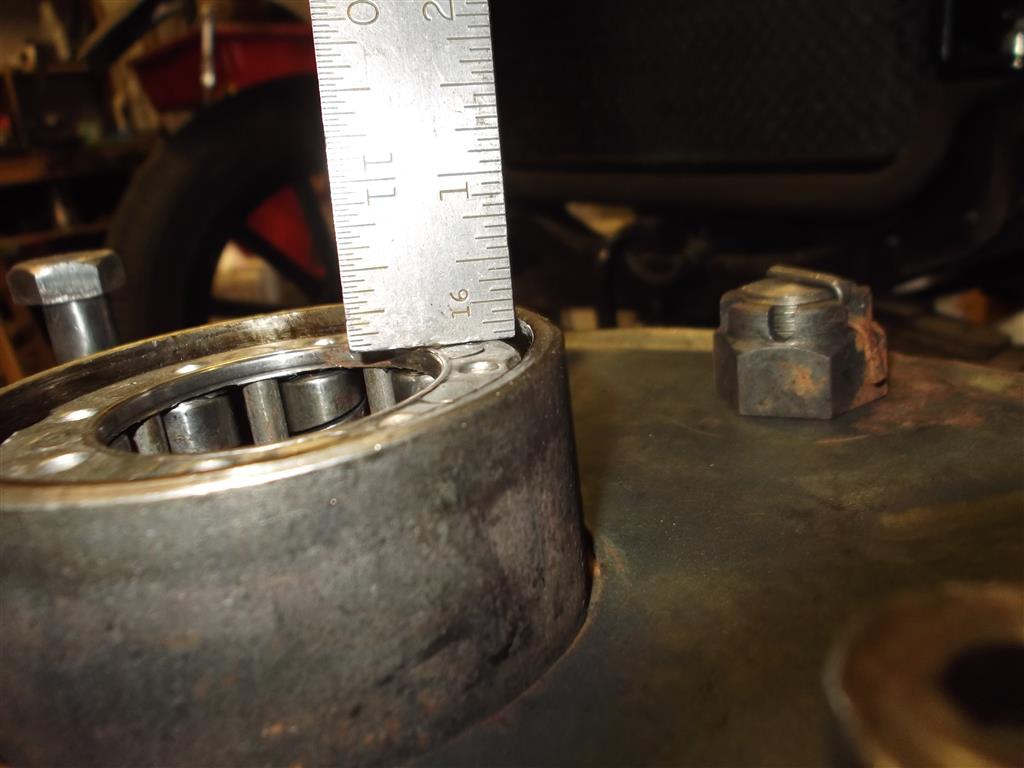 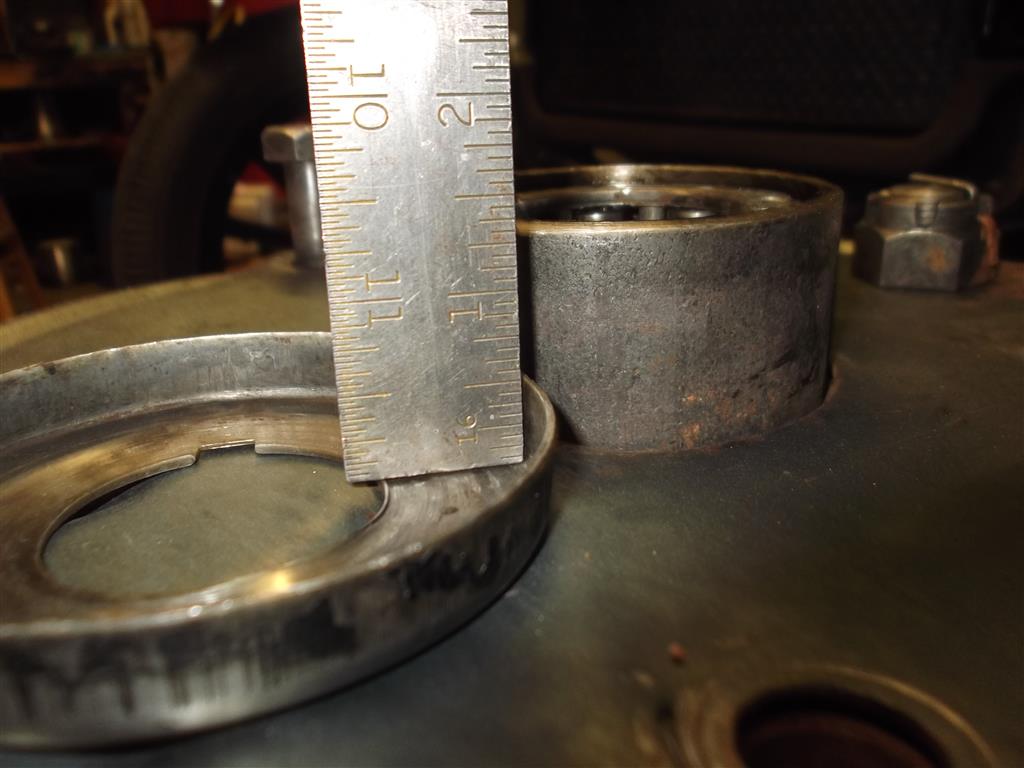 Besides the hub seal listed with hub part No 1118 the only others are No 1021 Qt 4 that go in the riveted in cup behind the roller bearing and in the seal next to the diff., assembly No 1024 (seal No 1021 is used here also). There are only 2 axle shaft bearing retainer washers listed, these are installed before the sleeves and protect the felt that is installed in the riveted in cup. 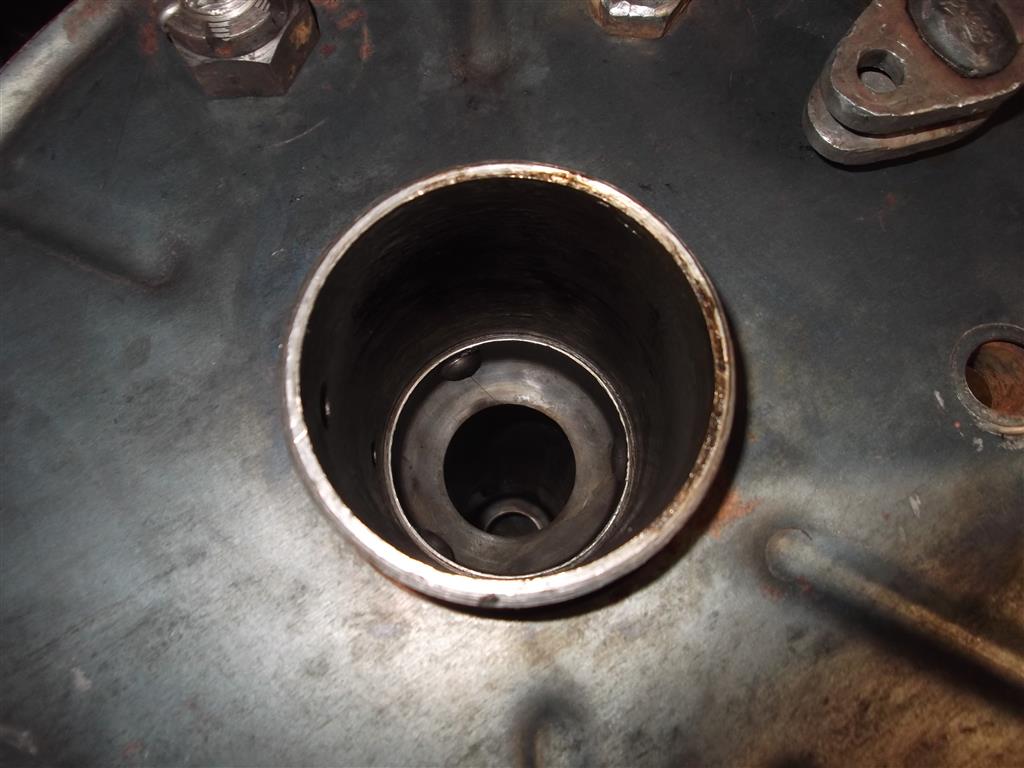 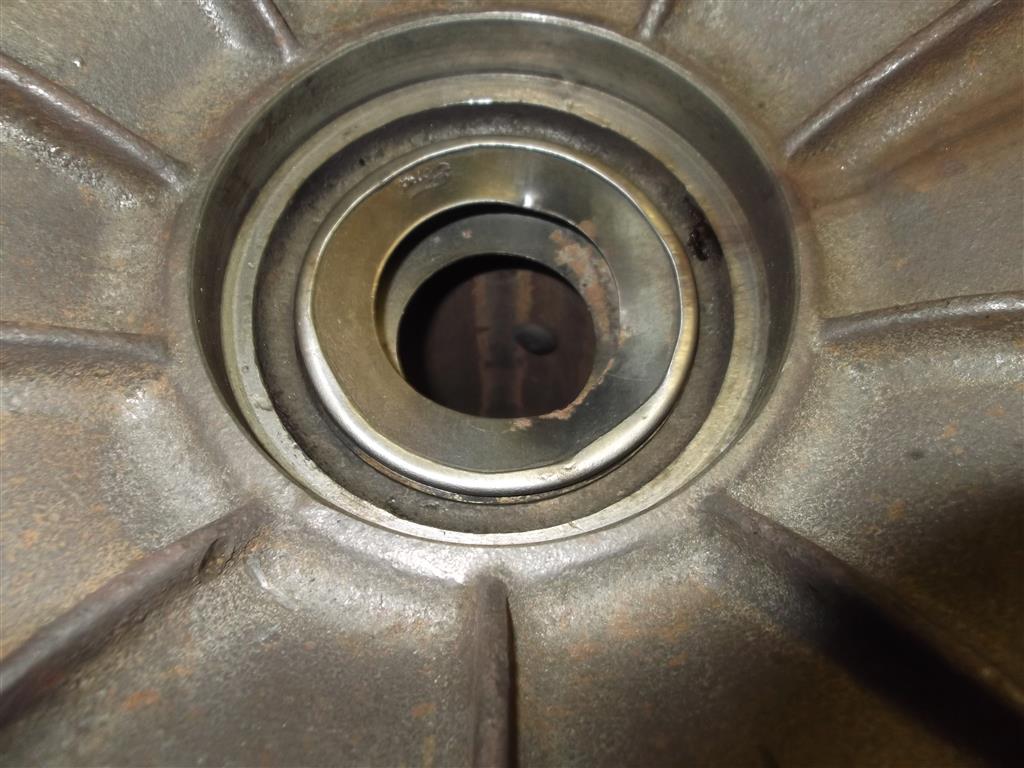 This is the felt I did find between the roller bearing and dust cap. It had thin shim material washer between it and the felt seal. The shim was riding on the bearing. There would no room to install the bearing washer, seal and dust cap as is done on the cars. Maybe you could but how much sealing would about an 1/8" compressed seal really do? 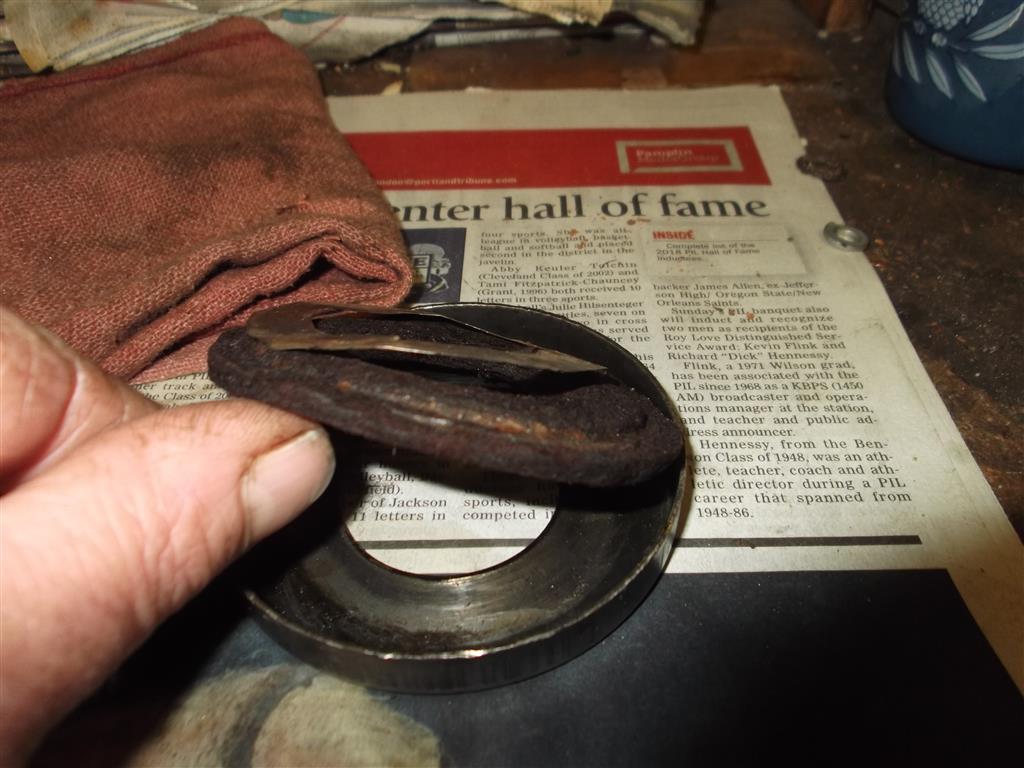 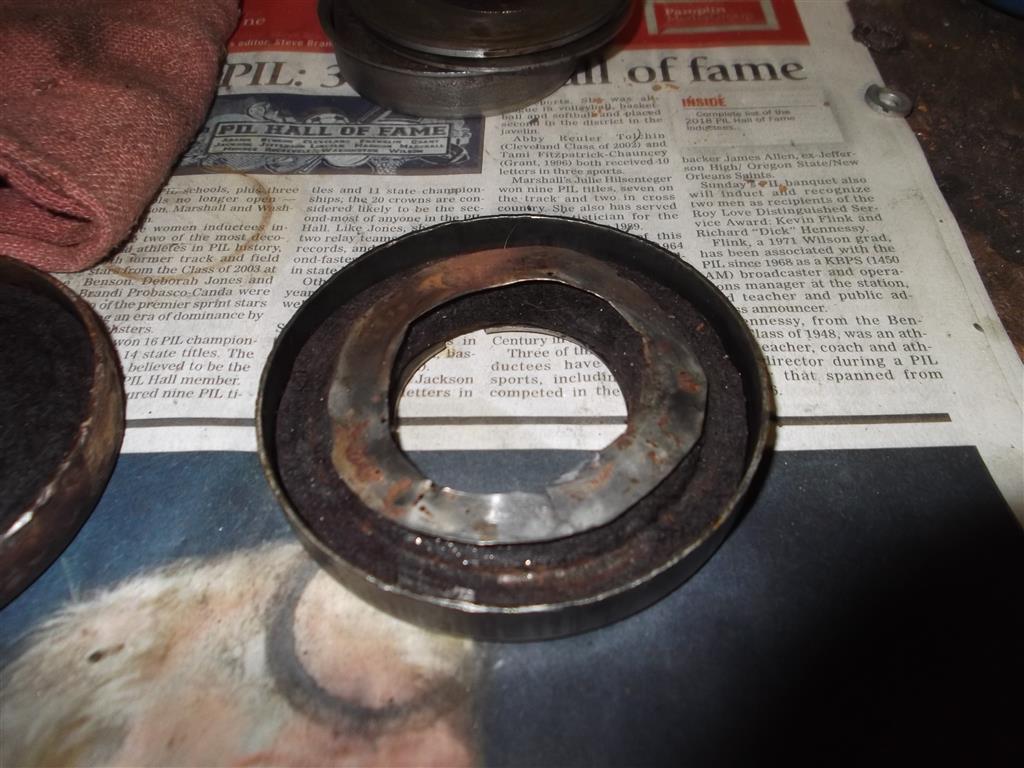 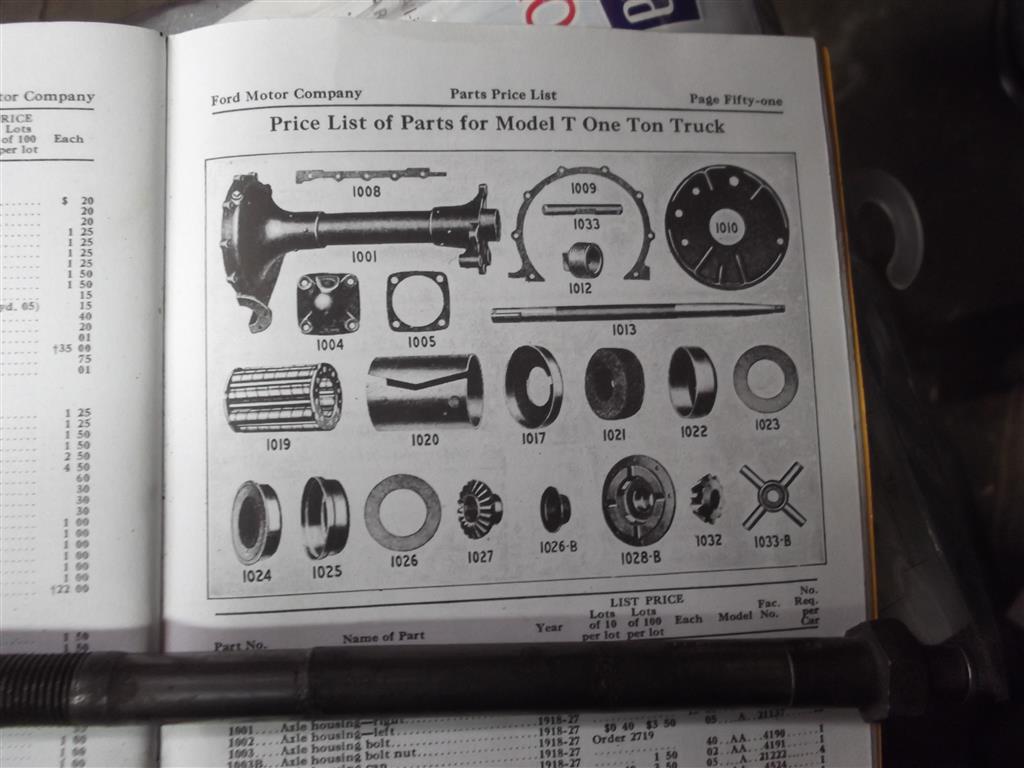 Called and talked to Dave at Chaffin't today. So I have an update. There is indeed as I understand a replacement cap set. The dust cap is about 1-1/2" deep. Dave told me this set has been around for at least 30 years. I wish the catalogs (all of them) would do a better job in describing this part. Just because it has been out for that long does not mean many who have never worked on a TT would know the details. I stand by what the 1928 parts catalog shows, in that the updated version was not supplied by Ford at that date (28). This may have been a upgrade sometime after. ?

it is interesting the section calls out felt and the parts book doesn't for the dust cap.not a big deal either way.