Going back as far as the 1450s, English Parliament standardized the measure of a "hogshead" - really a barrel - which has come down to us in the present day as an average 55 (US)gallon drum. Why "hogshead" ? Well, 'way before Parliament got involved, a regular barrel measure was branded with the head of an ox in Scandinavian countries - referred to as "ox-heads" became corrupted into "hogshead". Of course, we call the Model T transmission cover a hogshead because that's what it looks like ! (no connection to the 55gal drum of oil you have on hand to make up for all the leaks).

"Turtle deck" may not be quite as old a term, but going back long before the appearance of that cute little compartment behind the seat of the 1913 Model T runabout, the "turtle deck" referred to the deck over the foc'sle of sailing ships, which had a notable camber to shed off any water shipped over the bows in a heavy sea. Apparently the term is also used here and there in aviation, referring to curved fuselage members in front of the cockpit. Although it's bass-ackwards on a Model T, that seems to apply somewhat. Again, probably so-named by Ford owners because it sort of looks like a turtle-shell. ?!?

Don't know where he heard that term but he has been in the antique automobile hobby since 1948. Many of the men in the hobby back then with whom my dad associated were substantially older than him and were around Model Ts when they were brand new so he probably heard it from one of them.

Would like to know when 'hogshead' for the transmission cover got into vogue. Can't find reference in period use. Didn't hear it in the 60's but did in the 70's. Maybe regional usage first?

As for 'turtle deck' that was in automotive use at least as early as 1900! 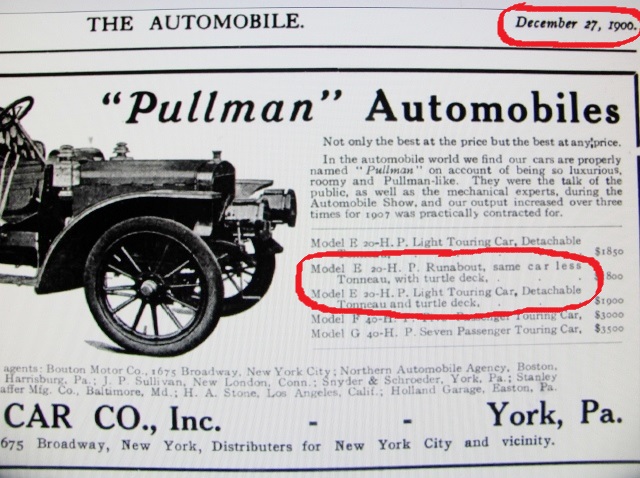 Turtle deck is a good term but I prefer cooter hull.