Recently a friend gave me two, what he called used Stipe 270 Model T camshafts. How does one tell if these are Stipe or not. Is there a mark somewhere, so far I have not seen it. Next I tried to measure the lift. I'm not a mechanic, but can use a micrometer to some degree. The base circle of these cams is about 0.808" and the heel to lobe tip is about 1.052". That to me says the lift is 0.244". SO either the cam is worn, doesn't look bad, or maybe it's a 250 Stipe cam? How can it tell for sure? Mike

Mike, at the back of Bill's cams are marked for what size they are, rear cam gearing end.

should of said bearing end. sorry!

The name Stipe is also stamped in the end.

I looked at the shaft end, where the center hole is. There are no marking at all. The end has been rough ground to make it flat(er), but I don't see any markings of any kind. Could earlier Stipe cams not have been marked in with way, maybe is these are some of the first cams bill made? Mike

The Stipe cam is very pretty and you can tell at a look. The finish after heat treat is kind of a brown hue, and fine machine work. 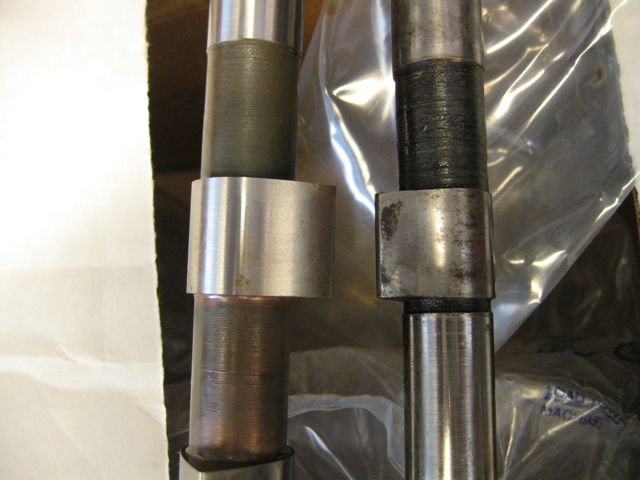 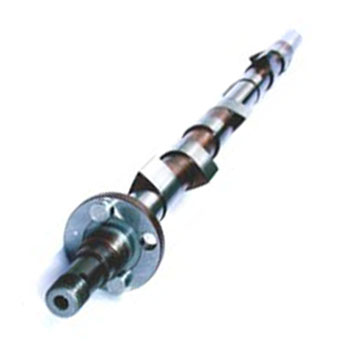 The spaces between the lobes of a Stipe cam are copper-colored.

Here a few pictures in question. I did find a box that indicated a Stipe 3091NP 280 camshaft. So maybe? The area between the lobe is black, but maybe brown underneath. Mike 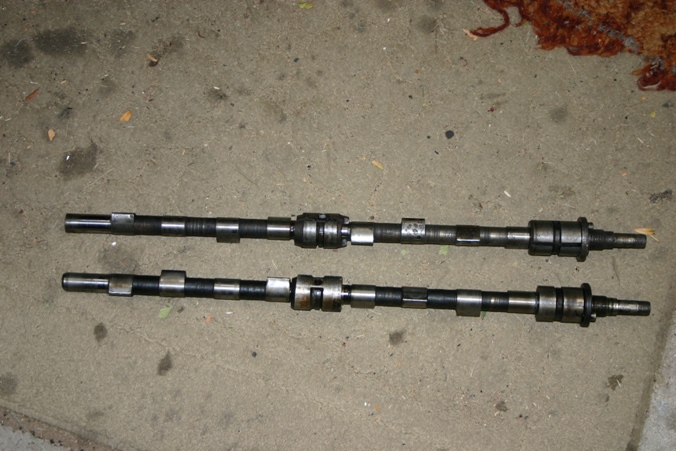 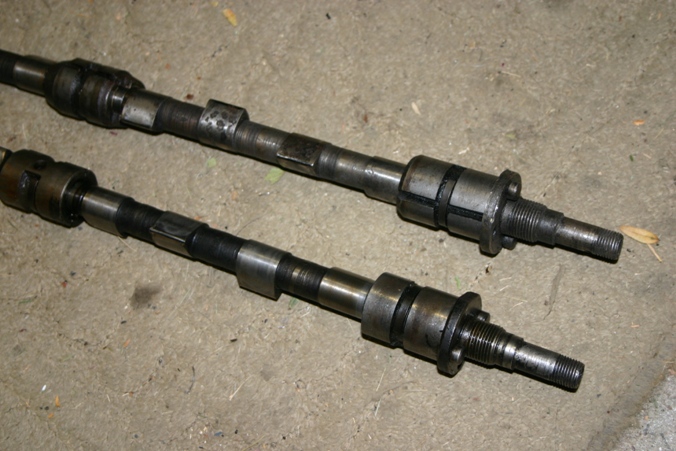 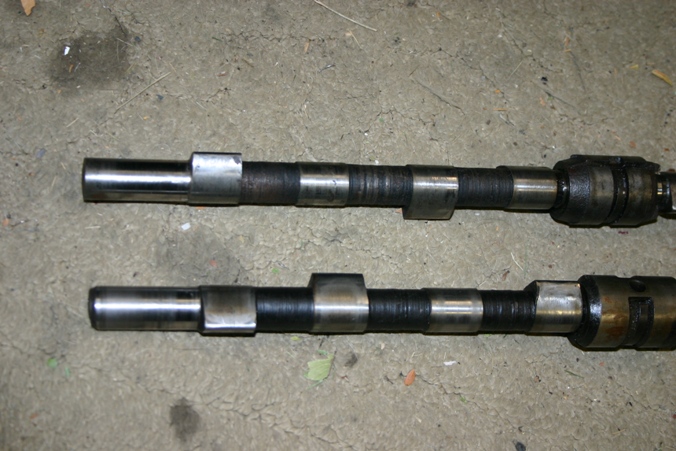 Mike,
I suspect that what you have may be original Ford cam shafts that were switched out for new Stipe cams and simply placed in the Stipe cam boxes. I have seen this a couple of times, folks generally keep the old cams not wanting to throw them away. The cam boxes are a good way to store the old cams and their bearings. Just my opinion from what I see in the pictures. Mike

You may be correct. Got them for free so nothing is lost. Actually, they don't look too bad and could be used as a replacement for a really bad one. Thanks Mike

A little side track comment for Dan T, that photo of the block you posted seems to show that #1 piston has wrist pin oil holes but #2 has been over looked, no oil holes!.

I think Mike has it right, as those cams look pretty well-used.