Newbie question - am I correct that this switch plate from my 1917 Touring was originally outlined with black paint? 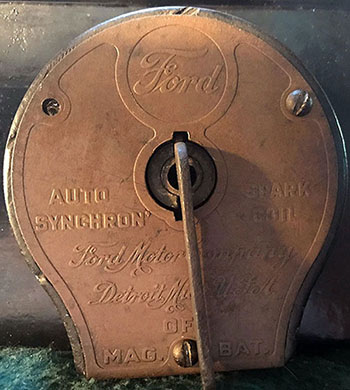 Not the correct switch cover - '17 would have been steel w/raven finish - not brass.

As Steve says, it is probably not correct, but it is a beauty! They never had a black background.

If you drive with the key pointed up instead of down you're less likely to kick it and shut off the engine while you're driving.

The first owner had it for 33 years, the second for 60... you wouldn't think they'd have swapped much out.

The steel cover plate was introduced in the latter part of 1915 on the 1916 year model cars; my Dec.15 has the steel cover. Not saying it isn't possible, but not likely--probably the blued steel started rusting, and this was put on very early in the car's life? 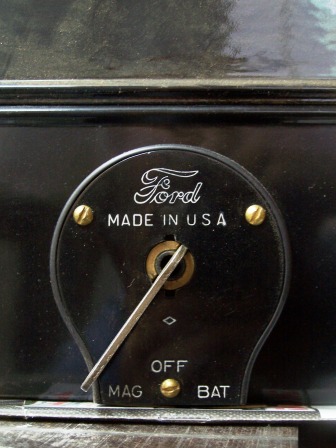