Well its about that time of year again. I usually get started working in the shop on the day after Thanksgiving, But Im cheating and have started a little early. I have all my wood for the shop ready to go, and the speedster project is "peeking" out the door. 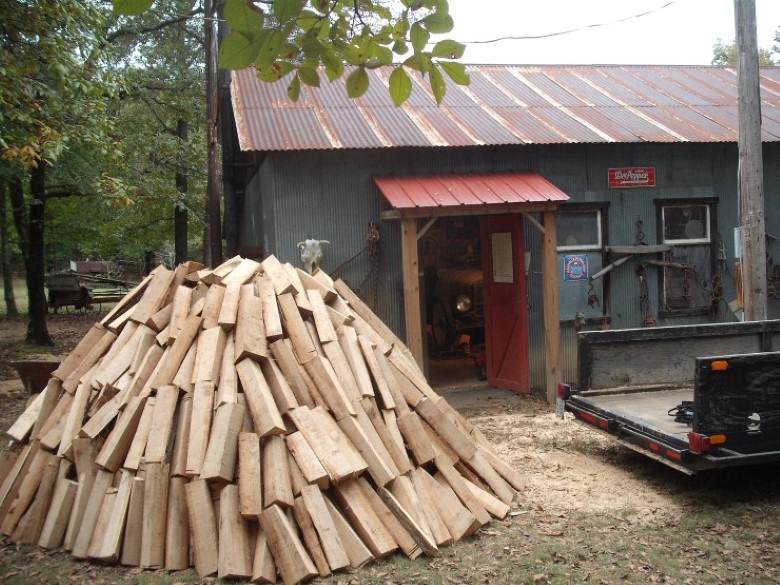 I have the 1919 Speedster project on one end of the shop, and the new addition 1914 speedster that I recently bought, on the other end. The 1914 had a 1919 engine in it so it has offered its engine for the greater good of the 1919 speedster project. I had another good useable as-is engine to put back into the 1914. So the engine swap is almost over. 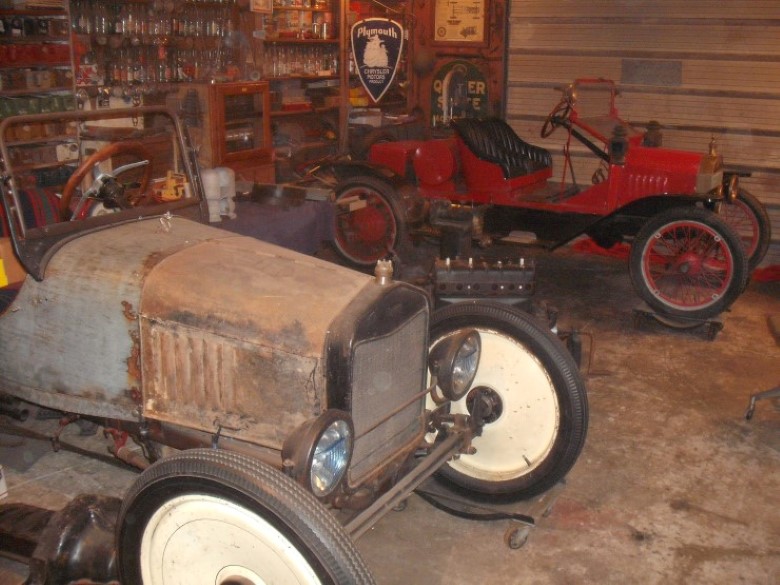 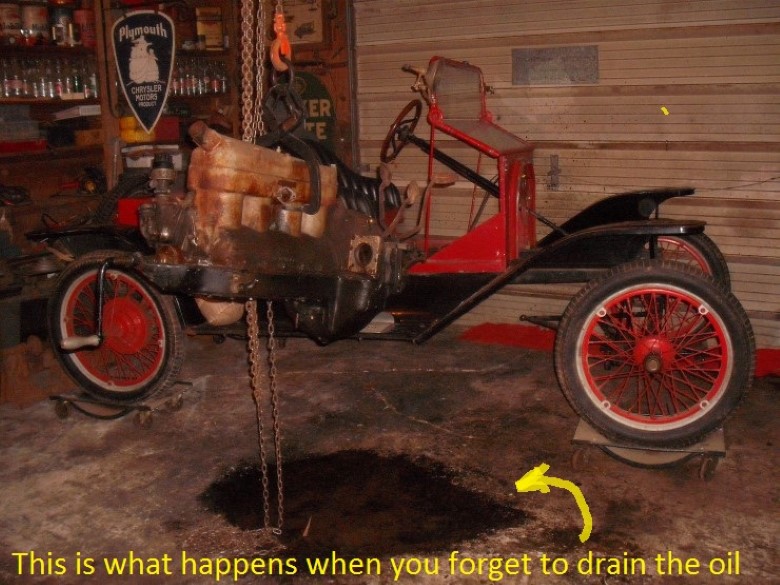 I found an old Jahns racing pistion decal on the side of the block. hmmm what may lurk inside ... 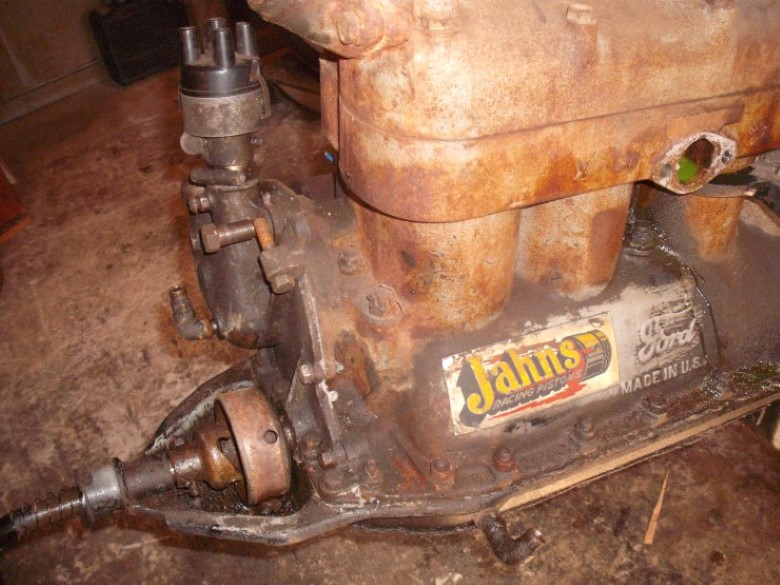 A set of nice tight fitting .040 over aluminum pistons and nice clean bores Not high compression, but still a nice find. 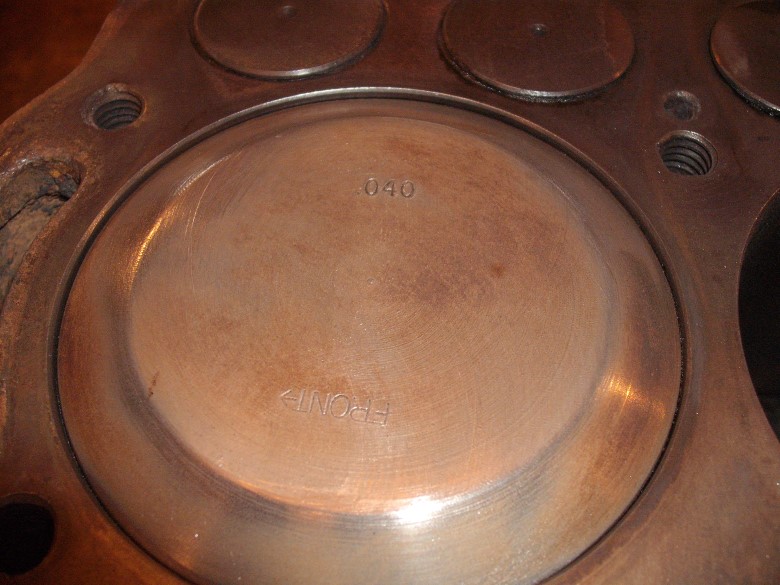 No magneto parts. I was planning on no magneto anyway, since I will be running a Bosch DU4 and Columbo cross drive setup. It looks so bare without the mag parts 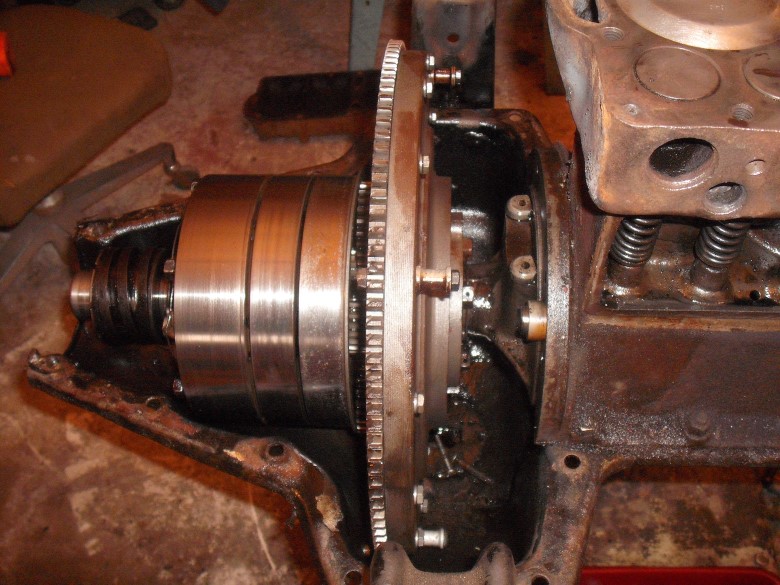 The trans drums look good with a visual inspection. Maybe Ill get lucky and they will all be good. 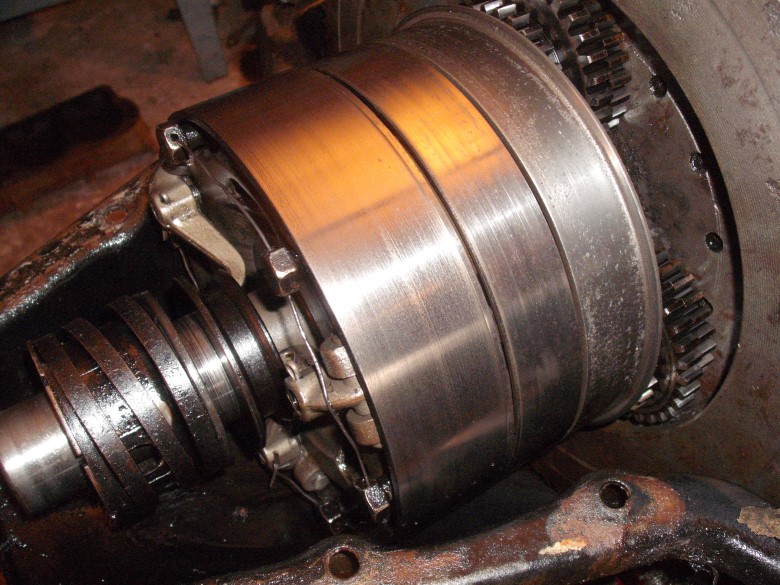 There is an EE crankshaft and all the bearings look good so far. Ill have to wait till I pull the rods and mains, but they look very good as to no chips on the babbitt flanges and they do not appear to be loose at all. 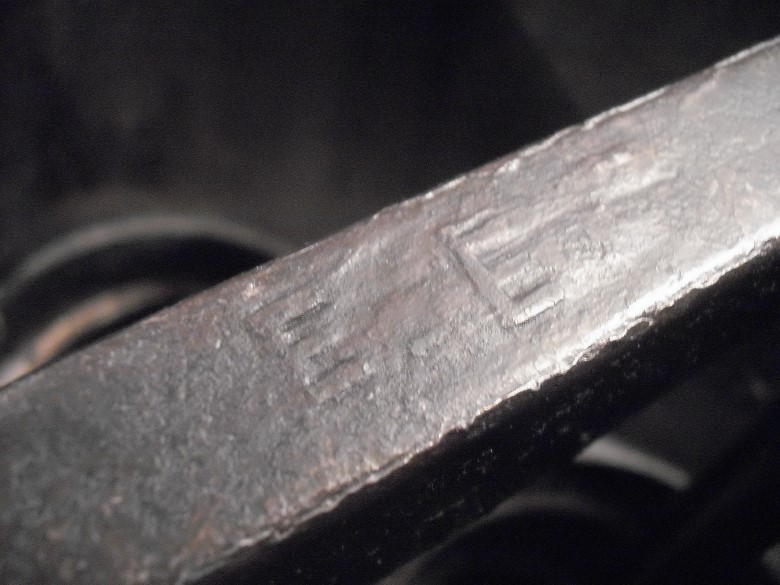 The cam appears to be almost new. In a pre check test it appears to be a 280 grind. The valves and tappets are very tight in their guides and appear to have little to no wear. 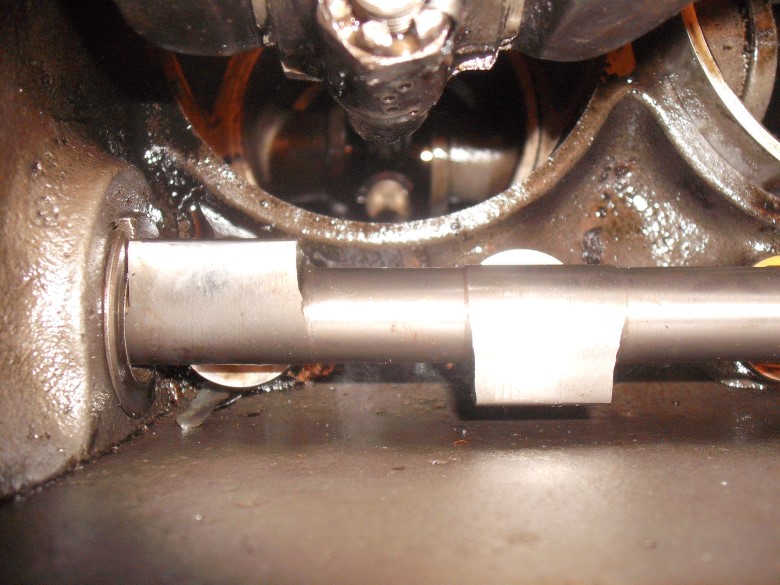 The only downside I have found so far is there is heavy pitting around the exhaust ports. The intake ports are very good. So it looks like Ill be taking the block to the machine shop to have the port area machined. I can live with quiet a bit of pitting at the exhausts, so Im not to concerned. 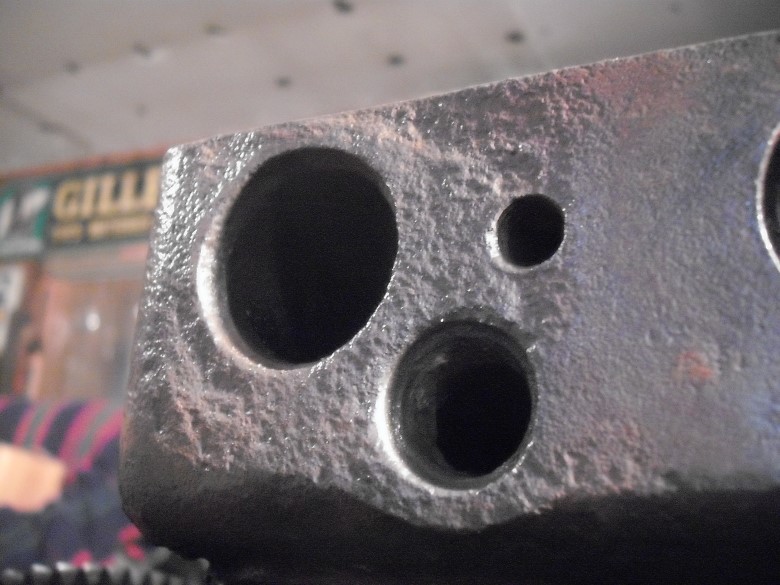 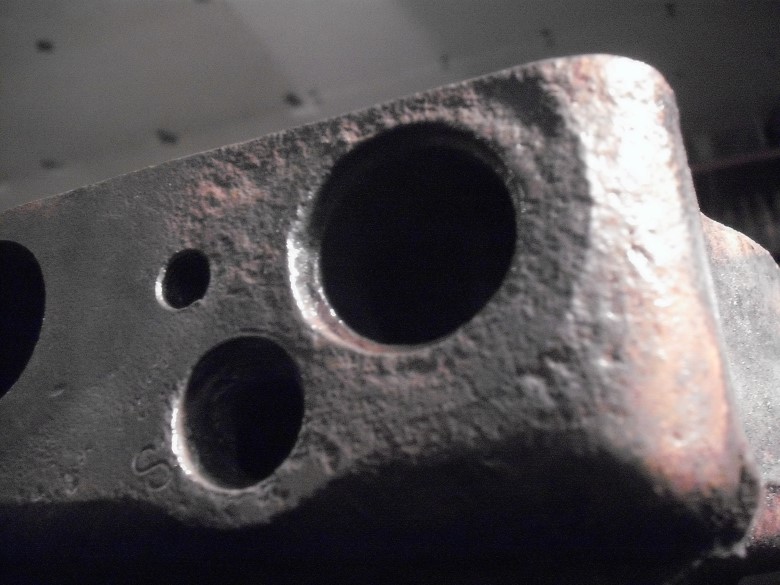 So if the Babbitt in the mains and the crank is OK it looks like I did good by doing the engine swap.

Since this is my engine re-build, and not a customers engine, I plan on doing a "poor boy" build. In the spirit of the early poor boy racers, I will be using all used parts from my piles of parts. I will use all new gaskets and the stuff to install the Rajo 4 valve head, but I will not be buying new drums, pistons, rods, valves, ect. I probably will use new rings, and transmission bushings, but that is about it. I have lots of NOS Scandinavian bands so that is what Ill use for band linings. I have built several "poor boy" engines in the past and they are some of the best running engines I have built. They just seem to be a "happier" engine. Some people may think Im crazy for putting a 4000.00 Rajo head on a 500.00 engine, but that's the plan.

About all I have left to do on the speedster project is mount another set of tires on the Buffalo Disc wheels to replace the wheels I built last year, rebuild the engine, and re-install the original long driveshaft on the rear end. I had to remove the short driveshaft for the Warford because the Warford did not fit when I tried to install it. I did not want to change anything on the body, so its no Warford and possibly a Ruckstell at a later date.

Ill start a proper "Speedster Project Update" right after Thanksgiving. I hope this is the final season and I have a running car by Chickasha. I know there are some who liked the updates, but there are probably others who wish I would get this dang project finished ...

Interesting that the 19' block found itself mated to an EE crankshaft and a 26 Transmission. I assume it also has the 4 dip pan? A nice combination for your speedster. Those hayes wires on the 14 are very nice!

I wonder if it has been driven without the screws for the coil ring in place? Usually there will be lots of oil leaking through the holes in the block.. The oil pipe seems also to be missing?

Donnie, Are those nails in the bottom of the pan and where is the oil pipe? Replace that fiber cam gear other wise the engine looks good.

Kevin and Roger, those are small screws. They must have fell in there when I pulled the hogs head. They probably were stuck between the hogs head and engine block. There was no oil pipe inside the engine. But the engine had 2 outside oilers. One was a high volume style in the side of the hogs head to the front of the pan. The other was a Ford Faithful style trans inspection cover style oiler. It went to a fitting at the front of the Bosch front plate distributor.

I have finished tearing down the engine today. It is in such nice shape it is almost scary. The cylinder walls are perfect with a slight trace of cross hatch left. The pistons and rings show very little wear. The wrist pins are tight. The rod bearings are perfect and show a full bearing wear pattern and have shims on both sides of the bearing. I will check the clearances later but I think I will not even have to remove a shim. The mains are the same way. Probably will not even remove a shim. The EE crank is flawless, whoever re-ground the crank did a wonderful job and it has a very large radius on the journals. The cam looks almost new, I can see a slight polishing to the lobes from the tappets, but most of the original grinding finish is still visiable. The cam bearings are perfect. The valve guides and lifter guides are perfect. No wear at all. The lifters and valves are modern style and other that a very light touch up to the valve faces, all are useable as-is. After I get it back from the machine shop where I will have the exhaust/intake port gasket surface trued up, I think all I need to do is check clearances and put it back together. I have never torn down a dirty, greasy, nasty engine that is as nice as this one is. Now the transmission is a different story. I hope the drums are good but the bearings are shot and there is almost 1/4 inch of clearance between the drums. Something is obviously wrong inside the trans. But transmissions are easy for me to do in my shop. It will be next week before my machine shop can get to the block, so for now Ill be working on tires and wheels ..

. Everyone have a nice and safe Thanksgiving....