Has anyone ever had this problem? I have removable ear bands with kevlar installed with tie wire and when I lowered the hogshead down it wouldn't seat all the way down because it was hitting the piece that holds the removable ear 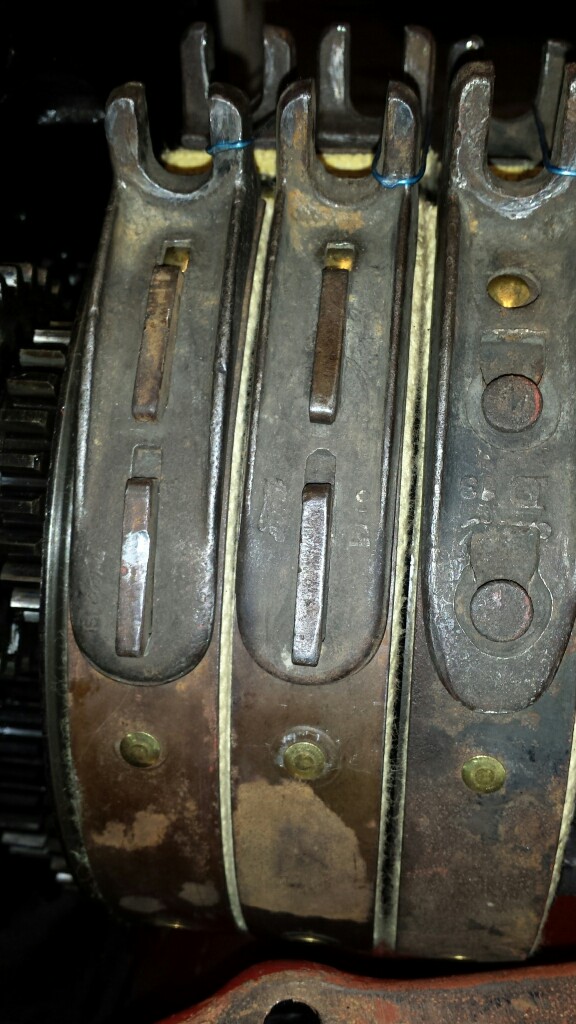 See the wear mark on the left band, must have been rubbing before I removed the engine 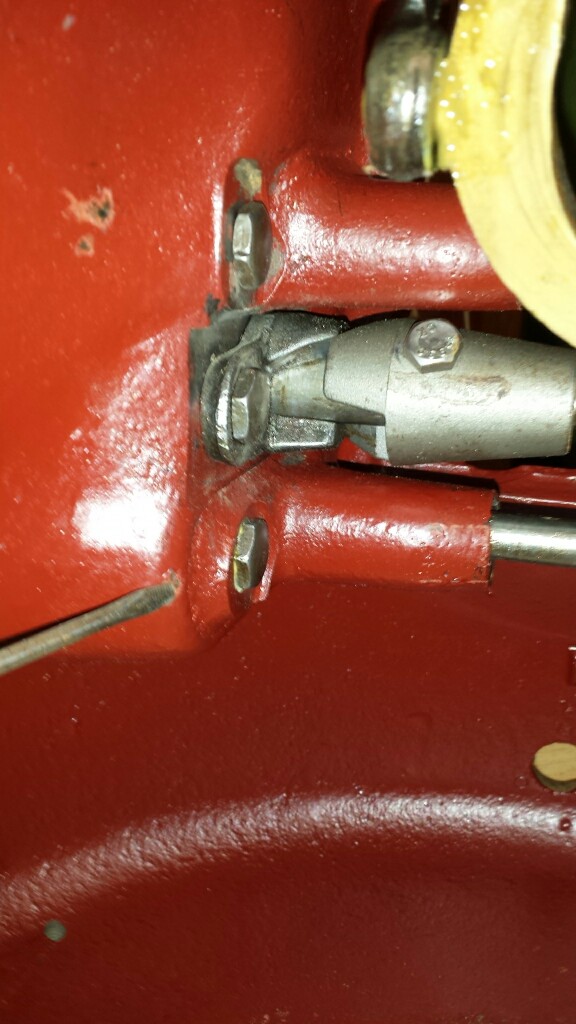 Here's where it was hitting when I was trying to install it. The forward most pedal. When I removed that band it seated perfectly
I removed some of the metal on the hogshead and moved the band with the rivits to the forward most position and it seems to be seating 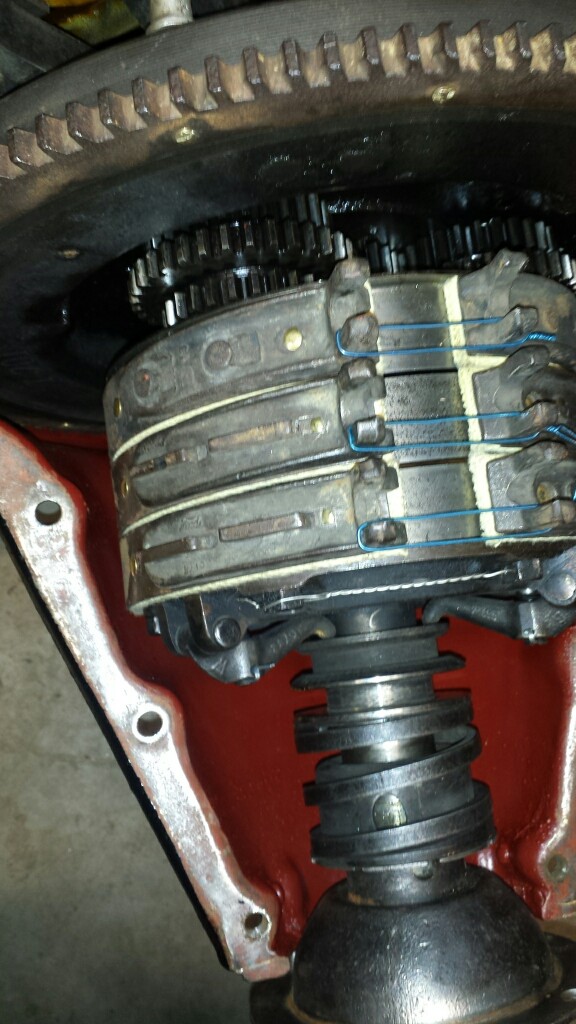 Why is it so tight

Could be just the band, you could try swapping with the low band.

Doug, from your photos, the yoke on the reverse band does look a tad bent outwards, taking the front leg closer to the hogshead. It may just be that you need to swap that band to one of the other positions.

I can't remember for sure but don't different style bands have a lower shoulder than others?
I think I would put the highest shoulder band in the front and the lower toward the back as you did.
You may could have used a dermal to lower the shoulder on the band also instead of removing a bit from the cover.
Good luck and there is always something quirky about a T.

I remember reading somewhere that the hogshead changed a lot through the years. Was there a later version that had more room for the later removable band ears? I know the "improved Ford" was larger to make room for the larger brake.

Thanks guys, this is my first T restoration, wasn't expecting the tolerances to be that close on the hogshead

That band material looks like the modern Kevlar type. The latest version of it is a bit thicker than most band material and that might be the reason the band touches the hogs head. You would need to have the adjustment looser with the thicker material.
Norm

Thank you Norman, that defiantly would explain it!

Even the thicker Kevlar isn’t as thick as some of the aftermarket cotton linings that were available back in the day.

The fact is that there is not enough clearance for quick-change bands in many of the transmission covers that were manufactured before Ford switched over production to the new style bands. Some earlier covers will clear the button style lugs, but there still isn’t enough room to get the ends latched/unlatched properly without mis-shaping the bands. Many of the covers will not clear the blade style lugs, and may actually interfere in a couple places.

The section in the Ford service manual that deals with switching over to quick-change bands overlooks these issues. Back in the day; If the trans cover was a perfect casting, was properly machined, and if you installed plain cotton linings, you could usually “get away with” installing quick change bands in an earlier cover. Many trans covers do have casting issues or are poorly machined. Areas that had interference, or bands that were badly kinked during installation would rapidly burn away / glaze and not cause any further problems.

Clearance issues inside the trans cover in combination with Kevlar lining generally will end up cracking a drum. I think there might be quite a few T owners out there who have had cracked drums after installing kevlar bands, switched back to plain linings, but still may not have gotten to the root of the problem.

I had problems with the slot type band in my 24, I found some button type and no more problem.

Very interesting indeed, Im certainly glad I asked. It makes you wonder if guys are tightening the covers down without checking the clearance and with the Kevlar bands are cracking the drums because it is putting pressure on top of the band. Thanks for that info Adam!

I think im going to grind down the blades a little on the bands just to be sure they dont hit. There seems to be enough metal there to take them down a little

Test fit the hogshead with dry gaskets and no felt. Install all the hardware. Use a pen light and inspect around all the band lugs, the cam bolt heads, and the ledge in the casting below the pedal shafts. Also: Test removing and re-installing the bands thru the inspection cover. If the casting below the pedal shafts is too thick (and/or the lugs are too high) it will be next to impossible and you will see what correction you need to make.

I too couldn’t make Bands with removable ends fit
into a aluminium (1911) Pigs Head. All three were narrow and had the same issue with them as you have. Ended up just reinstalling the original one piece bands. I never took the time to sort out the exact reason or cause of the non fit, just under pressure to get the car mobile.....

One of the “fun” things I found on the 09 with the square opening is that you cannot get demountable bands thru the top hole. I initially used demountable bands but found the head did not seat correctly when I tried it without gaskets. The head was touching something so I switched to non-demountable bands. The interference problems went away.
Mind you getting the nuts on the pedal shaft was a bitch of a job with my cranky old fingers. There is insufficient room for all my trick band changing tools.

If you have an aluminum hogshead, you need to use the non-demountable bands. The aluminum case needs the support that the low speed adjuster gives the low pedal shaft to reduce rapid wear that can occur if you would cut the low speed shaft short. Without the short low speed shaft, you can’t get a demountable style reverse and brake band in and out thru the inspection cover without seriously distorting it.