While digging through my old paperwork pertaining to the Model T I found this quaint book written by a very interesting person. Does anyone remember/recognize this book or person? 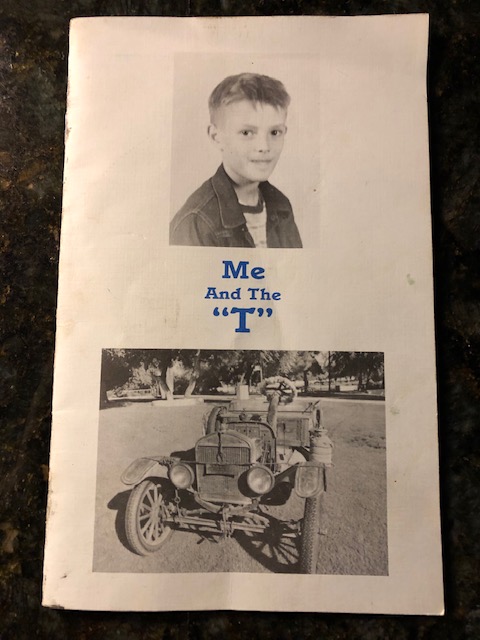 I believe that is the late Kirk Wright.

Precursor to Roscoe's book "Me and The Model T"

Bryan got it. Kirk Wright was well known in the Arizona Model T community, and his “skinnin’ truck” was quite unique. Kirk was also known for taking two Model T engines and making a straight 6 cylinder Model T engine. A fascinating process the one can read about in a back issue of “Secrets” magazine. I believe that motor is in the Museum of Speed at Lincoln Nebraska (Speedway Motors Museum).

Thanks Harry......I was not positive about the one at the Museum of Speed as no credit was given to the builder.

Kirk Wright is correct - I have a photocopy of an Arizona speeding ticket that he got out in the desert driving his T Truck. He said that he had been stopped once before the ticket - and the officer told him that if he wrote a ticket that there wasn't a judge that would believe that Kirk was going THAT fast in a Model T and let him go with a warning. It wasn't too long after that he was pulled over again - and that time he was given the ticket. He was a GREAT guy and so much fun to tour with - oh the stories!

Any up to date pictures of the Speedster?