I have no idea where this dream came from but here it is. I dreamt that a driverless car, without steering wheel or brake or gas peddles, was used to commit a murder by programming it to drive off a cliff. All the evidence was destroyed in the fiery crash. The victim was an engineer who was just about to publish his invention to improve batteries so that an electric car could be driven coast to coast without a recharge. This would have eliminated the gasoline and Diesel market.

I guess it came from an article I read about some people protesting driverless cars. I think the million or so US truck drivers are at risk of loosing their jobs.

Jimmying a car to commit a murder is nothing new. We had a neighbor when I was growing up in the 1950's that used to hide from his wife in the chicken coupe. I can still remember her yelling is name: HENRY!!!. He was really hen pecked. One day her steering failed on her car and she was killed in the resulting accident. I have no evidence that he jimmied the steering, but if he did I think it was justifiable homicide.

The unemployed truck driver thing is a possibility one day. The battery that can power a car coast to coast without recharging? I'm thinking it will be as big as said truck or else coast to coast means Gulf coast of FL to Atlantic coast of FL.

WOW! Some dream. Lately all I've had for dreams are sugar plums dancing in my head.

Reminds me of my X wife once. She used nag and nag in the passenger seat. One day I was working on the horn wire and I had the steering wheel off when she wanted to go to the store so I just slid it back on the spline and off we went. (way before air bags) About 5 minuets into the trip the nagging started about my driving. I just pulled the steering wheel off and handed it to her, I can still to this day remember the look on her face! Yes,I did have good moments in my life! The nagging stopped for at least that trip. It wasn't long after that the marriage stopped also!

Will, that story is a lot like my story in high school. I had the nut off the steering wheel in my 55' Chevy. I gave a girl a ride that I always joked with in school. I was driving like an idiot just to get her to complain about my driving. As soon as she did I handed her the steering wheel, you could here her screaming from a block away.

Driverless cars that mean I don t have to buy car insurance anymore lol. Yeah right that be the day

Can an autonomous car take itself for a joyride?

How about two steering wheels in same car?
enjoy!!
https://www.youtube.com/watch?v=zcT1-woMFhs

Driverless cars has been and should remain parked.

Just to scare you, Self-driving cars are programmed to "ignore" stationary objects in the middle of a road. That is what caused a car to hit and kill a jaywalking woman in Phoenix? last winter.

Well, driverless cars can react many times faster than a human but they still have to obey the laws of physics. I believe the case of the jaywalking woman being killed was because the car could not possibly have come to a stop in the distance required. If you step out in front of a driver less car, it does not have a shorter stopping distance than a regular car. There is only a slight improvement because of the reduced reaction time.

If there’s a rise in the number of driverless cars eventually there will be a country song written where the singer’s truck leaves him too...

Driverless car on a mountain road with drop off. Animal jumps out on a turn or an oncoming car is over the line or there is a patch of ice. Will the car stop and lose control? Shift direction to avoid the car and go over the edge?

Stopping ASAP while not steering is not always the best option.

I suppose this also means that once there is snow on the road no cars will be allowed out?

This car had a "backup emergency driver" who was supposed to be monitoring the road. Instead she was texting, did not have her hands on the steering wheel and was looking down. There was a video of her behind the wheel, don't know if it is still available to view.

I have a feeling driverless cars will be used by certain people to injure or dispose of people they find inconvenient to their personal quests.

Watch the HBO show Truth about Killer Robots. Man was beheaded in driverless car and it just kept going for a short distance with him in it dead. Dan

How did the car take his head?

Maybe the accident in which the car drove under the trailer of a tractor-trailer unit a year or so ago...

Self driving cars are a necessity in a society where you have to be talking or texting 24/7!

Automakers should install an electronic device (or solid copper wire spark plug wires..)that blocks any incoming or outgoing signals when the engine is running. If you have to see what your bestie is eating or what some random cat is doing at that moment, pull over and park!

Tim Eckensviller: here you go from a few years ago the trucks have been plotting to take over for about 5 decades
https://www.youtube.com/watch?v=KiBt935GKJs

Hey Tim!
Thanks for that video, my old man LOVED those cab-over trucks! They were pretty maneuverable on a tight job-site with an overloaded lowboy trailer, and you at least got a real good view of the deer that ran out in front of you before you hit it.
I loved that sometimes I was tasked with picking up or delivering a piece of equipment after school and I would park that 60" x 8.5" rig in the high school parking lot!

Here's another trucking song- one that due to my dad's decrepit cracker-box Jimmies- I can relate to more times than should have been possible....

Junior Brown and his "Gitsteel"

Personally, I eagerly await the day of driverless cars. If the accident rate goes down, it is a good thing. If for some reason it doesn't, then the driverless cars will be shelved until they are ready. The biggest problem I foresee is the computer driven cars sharing the road with human drivers. You will see far more accidents caused by the humans than the computers. The driverless cars will be very adept at avoiding accidents but they still have to obey the natural laws of physics. The few accidents we have seen (so far) with the driverless cars is mostly because the engineers have not thought of every dangerous situation yet. That is why they still don't rule the highways. Like every new invention before it, it will take many years for all the kinks to be worked out. Yes, people will die because of computer decisions but I believe the death rate will go steadily down. That is something that will never happen with human drivers.

And 125 years ago it was thought that the human body could not stands speeds greater than 20ph and those noisy 4 wheeled things call automobiles would never catch on. Technology never stops. I stand in amazement to see what has come today. Remember the first computer? In only 30 years there is more power in your cell phone than what took an entire room to process. I hope I'm here 30 years from now to see what advancements are for the future.

Neil, that was a twisted dream. ;-) Prob'ly already happened.
Hehehe! Justifiable homicide? Oh yes. :-)
If I dared: Whatever happened to Royal Rife's materials and machinery? Oh wait, he was supposedly a quack or some-such.
If I dared: I'd write about the stupification (dumbing-down) of John Q. Public in general on the notion of convenience. Some years ago, folks used to have to learn; how to use a choke, how to use a clutch and shift stick or further back and yet today; a 3 pedal car with a parking brake lever intertwined in the mix. If ya just couldn't get it? Ya just couldn't drive it.
Perhaps I can soon take a nap after my work, on my way home.
Teaching a modern about how a worn out "three on the tree" might jam in between first and second if ya didn't keep the lever just so? Haha!
I couldn't beat that into my wife's head... I'll stop just there.
Independent, bull headed and willing to learn or else Americans like some of us? We'll phase that out for teams, systems, S5 and the HR dept.
I ain't drinkin' their Kool-aid nor the national news.
But I don't dare so I won't.
I gotta get back out to the shop now and learn something new. And yet laugh at my own notions, right, wrong or otherwise. :-)

Sorry, I just can't get past the husband hiding in the chicken coop... He's henpecked!

My wife's grandpa LIVED in the old chicken coop! And she argues why I consider her crazy.
Steve, you perhaps don't know (thankfully!) being pecked. 20 years later ya stand back up and bite back? It gets worse then. :-)
Then later she starts to see.

Driverless cars are coming - get used to it. As I see it, the big issue is the algorithms used to make the decisions. Example (true, by the way): In California about 50 years ago a guy and his friend were in a Jaguar leading a pack of cars on a fast two-lane road. An oncoming Oldsmobile cut out of lane to make a pass that he could not possibly complete before reaching the Jag. The driver of the Jag turned off of the road, went down an embankment, and flipped the jag. The driver and his friend were a bit the worse for wear, but not seriously injured. The Olds hit the car behind the Jag head-on and there were several fatalities. Would a self-driving car intentionally have sacrificed itself to avoid the accident? 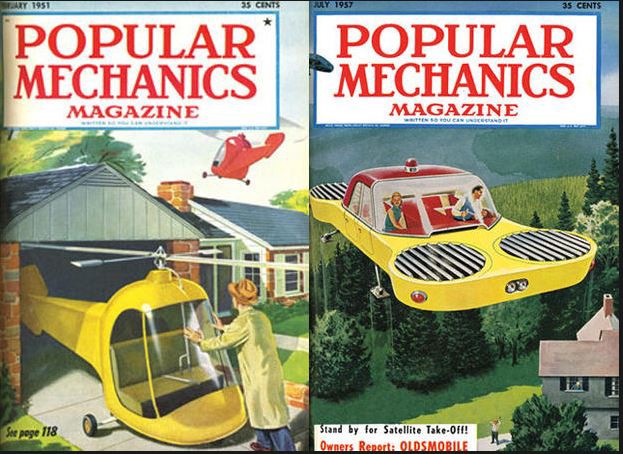 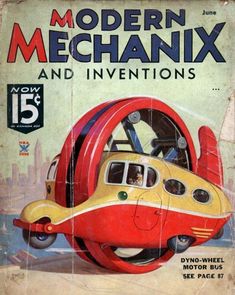 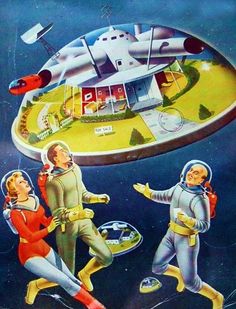 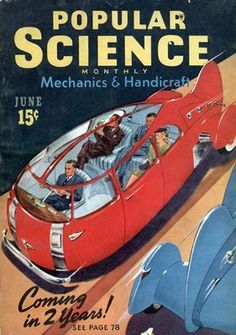 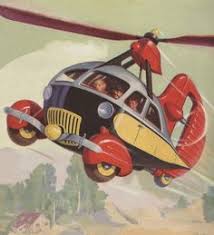