All were painted red .

They all fit fine on a T axle and take a T hub cap. 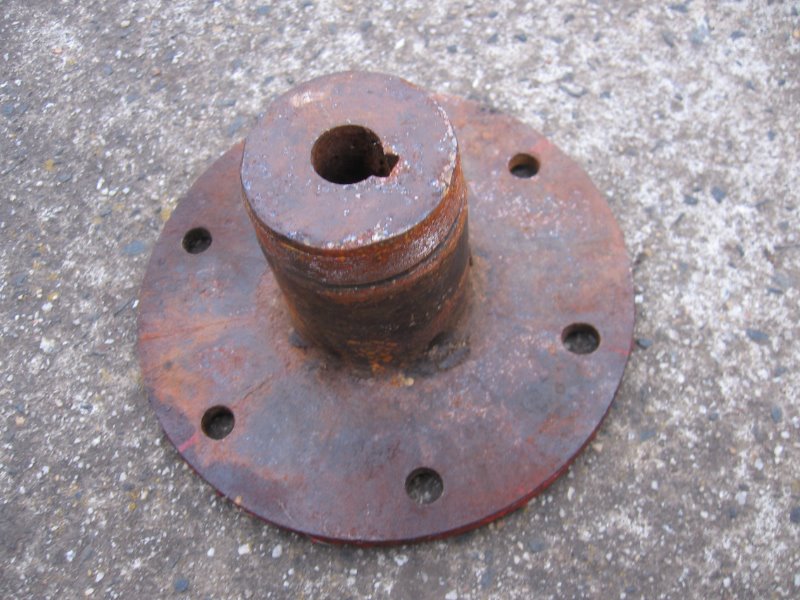 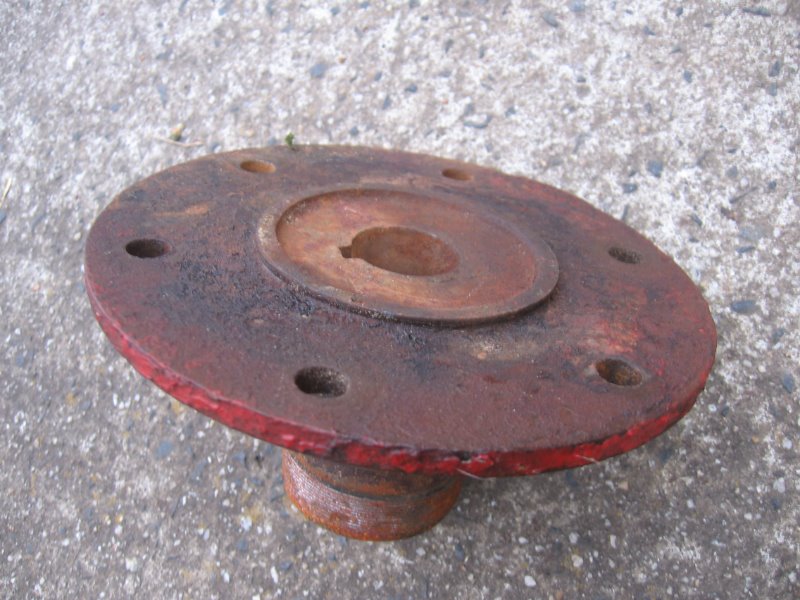 Ooops Sorry about the double tile

Another Ooops . Too late at night (this time) for me .Should read Sorry about the double TITLE

Looks like a typical model t rear hub to me.

I have heard of the inner ring having to be machined off to make room for certain types of axle ball bearing conversions. But mostly just removed when the hub tapers are worn out, causing the hub to crash into the felt seal cap. This is when you find out that there is no longer any room for brake shoes

Hans, what felt ring do you mean? The front hubs have a seal that holds the inner bearing in place, but the rear hub has no felt or seal, just like your picture.

Neil,
They are still available because they happen to be the same felt seal as the front hub, part # 2809.

That rear hub seems non-T as the threaded end has no taper on sides and there isn’t a nice radius for the wood spikes plus no recess groove for the hub felt. Same felt as front inner seal. 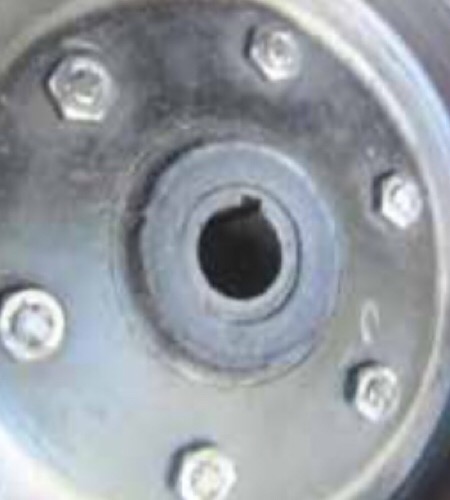 Wood spokes I meant, the spoke has radius to fit against the inner hub flange radius.

Rub grease on the felt and that helps compress it and provides some lube to the felt fibers as the felt spins against the metal cap of the outer Hyatt seal. 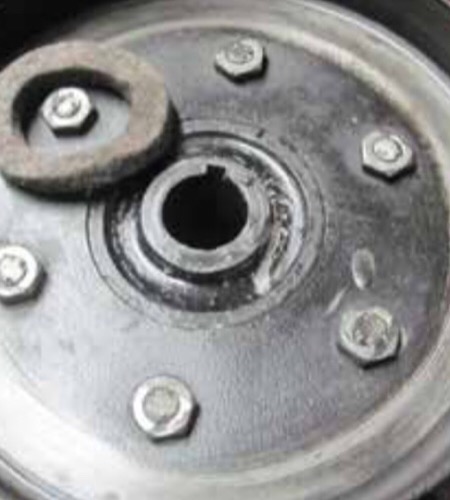 Damn, I learn something new every time I get on the forum.

Do you have to wait 6 months for Christmas down under or does Santa wear shorts and sandals.

Shorts and sandals as well as corks on strings around his hat, we share Christmas with a zillion fly's!!

I get it now...never knew there was a felt there.

I would like to see a definitive answer on this myself.
Dan T, I have several T rear hubs with square shoulders, roughly an eighth inch beyond the thread. Most of them do have the radius shapes for the felt between the hub and axle seal. I know I did have had one like this without the radius shapes, but that was a long time ago, and I did not know the significance of it at that time. Hubs with the radius shape, and the square shoulder, I have gotten on both earlier wheels (non-demountables), and at least a couple on later wheels (at least one on a 21 inch wheel).
The hubs with the felt radius, and square shoulder by the hubcap (all should have the strengthening radius by the spoke flange), I do believe are original Ford T hubs. As for the vintage? All I can do is speculate, or ask questions. I would suspect that the square shoulder might be mostly earlier hubs, but how earlier I don't know. It certainly would be possible that the 21 inch wheel I had with the square shoulder by the hubcap could have had the hub replaced at some time in years past. I suspect that was even likely.
Another possibility is that one or more of the wheel manufacturers (Pruden et al) used hubs somewhat different than the others. Or that hubs themselves were supplied to the wheelwrights by different machining shops.

As for the odd hubs without the radius shapes for the felt seal between the hub and the axle seal as shown by the original poster? Several thoughts come to my mind. And I do not know the answer to any of them.
One. Could it be an early (tapered axle) hub? What are the straight axle hubs like on the backside? I have never had an opportunity to look at one up close and personal. Pure speculation, could this hub be a one or two year variation from 1911/'12?
Two. Could it be a non-Ford hub? Several cars used wheels very similar to the T wheels. Some Chevrolet model's wheels and rims were made by some of the same companies that supplied Ford, and many parts of their wheels will interchange with only minor modification. I have seen Chevrolet wheels on a model T a few times. Perhaps the hub is that close? I believe one model of Overland also used wheels very similar to the Ford wheels.

Regardless, I certainly would not throw that hub away. It looks like it could be used if needed. Or, it may make an even better conversation piece. At least until the definitive answer is found.

I know you will find them like that at my end of the world, simply because I turn the lip off when fitting the modern aluminium seal.

I can't see a problem with using it.

WARNING THE FOLLOWING IMAGES MAY LEAD TO DISTRESS IN SOME


It sells for 3 -4 times the swap meet price of a good wheel to the Bush Block , Cottage Garden and Garden Ob Je Da people with the highest price paid by the Ob Je Da people

Is the missing ring a Canadian thing on some Veteran wheels?


Is it an undocumented change in the encyclopedia not considered worthy of a mention?

What do the ebay sellers claiming it is Veteran know or are they fishing for a punter to pay a higher price ? 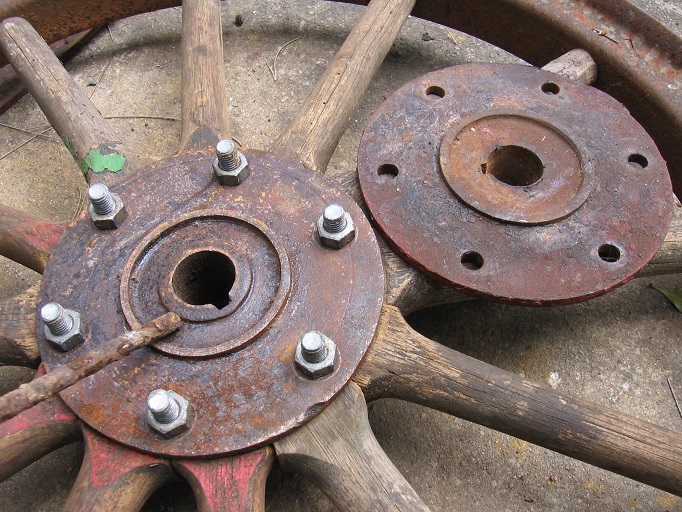 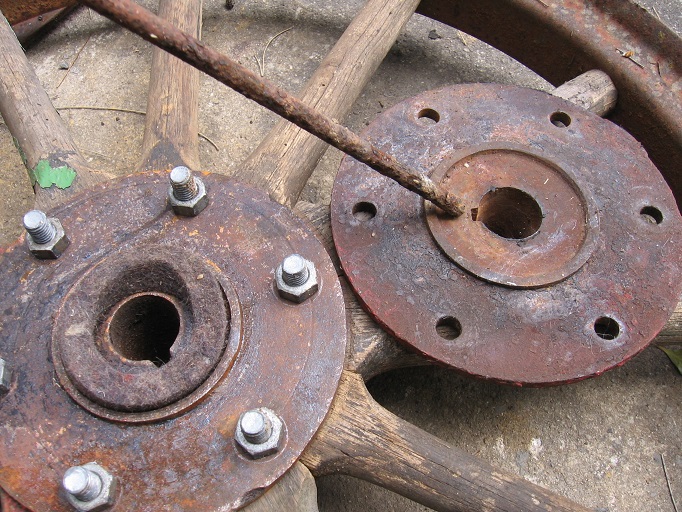 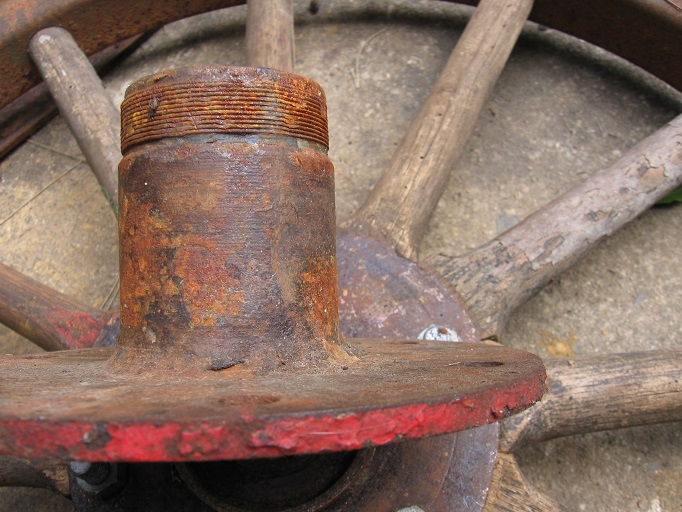 Hope this answers your Santa question 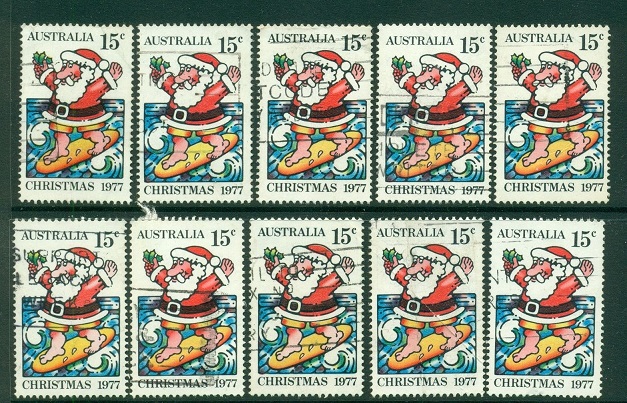