I have NO connection with this vehicle but saw it while enroute to my daughter's for Christmas. When I turned around to look at it my wife said "Oh, No! Not another one!"

The T pictured is a 1921 - It is parked on M-15, just north of Otisville, Michigan. Last time it ran the carb was found to have a deteriorated float - definitely needs some TLC. Owner lives in Florida - the business where it is parked is helping with the sale. Asking $7200 - Email me and I'll send you the contact info I have. 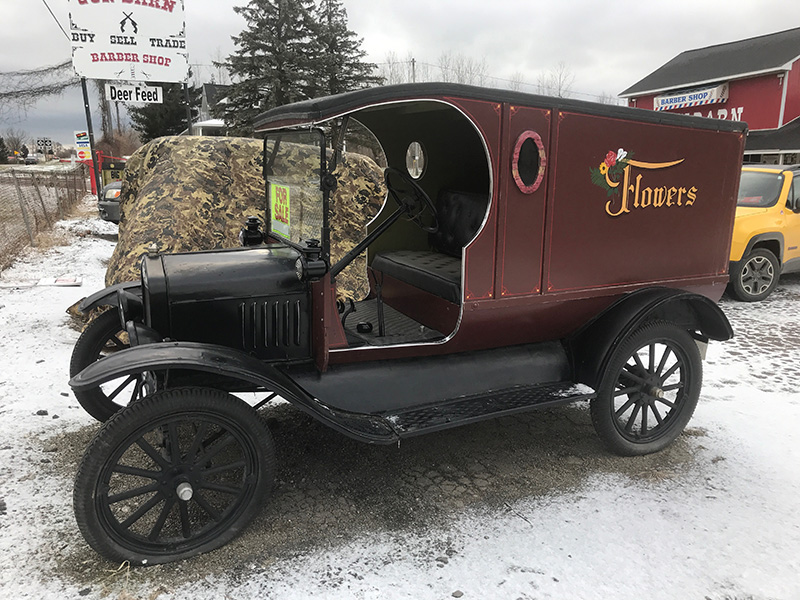 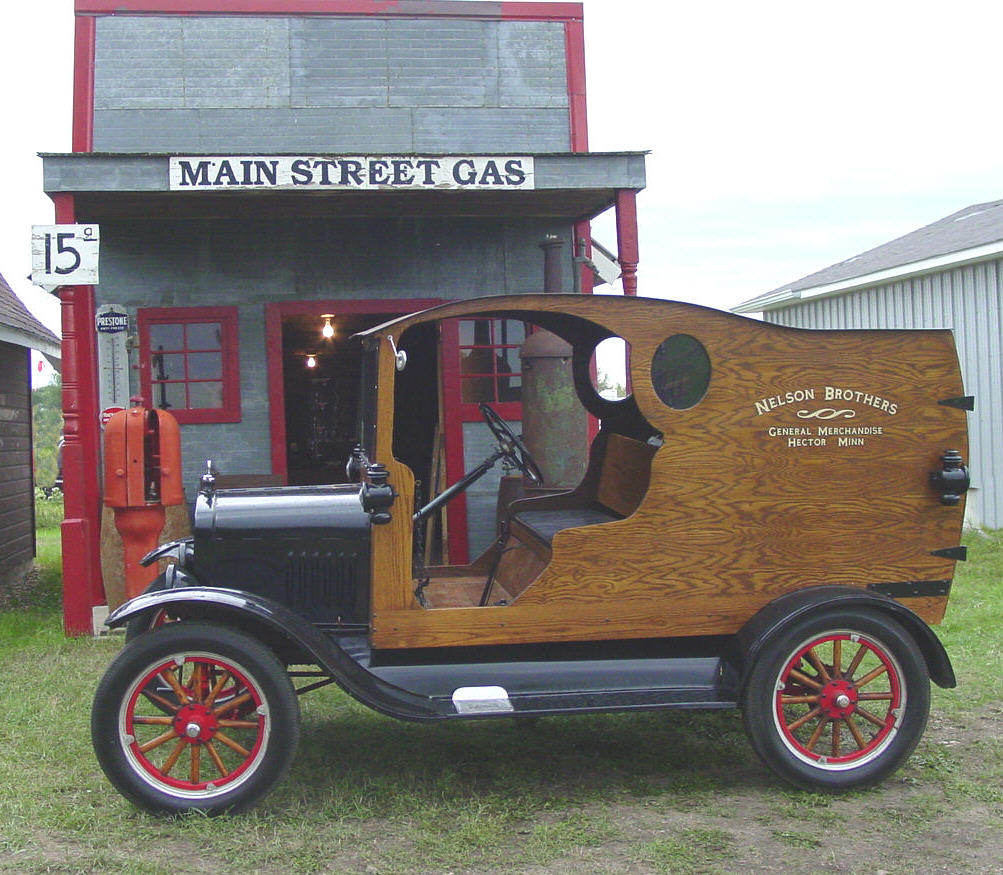 Love it! Wouldn't it be fun on a tour. Someone buy it and bring it to the National Tour in Cookeville, TN.

Oh good lord I knew I should have stayed off my computer this afternoon. That's only 2 hrs 22 minutes and 37 seconds from my house!!! Easier to ask forgiveness than permission right? At least that's what my kids always told me. I heard if left unattended they multiply. That goes for Kids and cars.

John Wright...are we there yet ?? lol

My eyes might be mistaken, but it appears that in the picture Tim posted at the beginning of this thread the left rear wheel has spokes so loose that they are not in line with each other.

The body does have good proportions. Bill

Whoa!! That's really clocked!I'm surprised they aren't falling out. Think I'd replace that wheel before even trailing it anywhere.

With the snow in the picture sticking to the ground.I sure hope the truck has antifreeze in it or the water has been drained.

Wear some boots and allow some time to visit Lamrock's Scrap Yard next door to the Gun Barn!
The folks are friendly and access is easy- just say you want to "look around" at the tractors or trucks or industrial equipment out back. Prices are by the pound, depending on the current price of scrap metal, but they'll bargain a bit too.

There was a hacked 1930 Model A sedan sitting next to that "T" and they have been parked there since early summer.....

If you do go exploring at Lamrock's Yard, you may get that sneaky feeling that someone is shooting at you.
Yes, they are! Behind the gun Barn they have a shooting range that is pointed toward the back of the scrap yard. So, Technically, they ARE shooting at you, but there is a sand berm behind the targets and in front of you that stops most of the small caliber stuff......

That body doesn't look like anything that was made in the 20's.

The model A is gone - there is a Nash sitting there now. I didn't take too close a look at the Model T but whoever buys it will have to do some work. Here is a close-up of the suspect wheel. Broken spoke maybe? 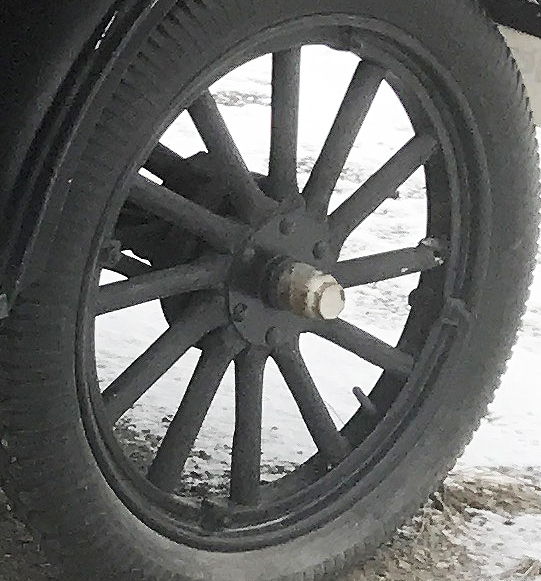 Looks like the service brake band works well enough to severely "clock" this wheel on at least one pretty hard brake application! Judging by this wheel, I would suspect that the other three wheels have pretty loose spokes too, as this one apparently did!

Wow. Funny thing is the FRONT wheel looks clocked also. Somebody do a very very bad job of respoking them ?? 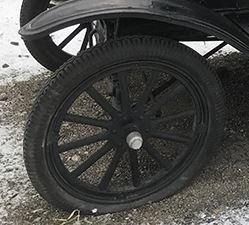 Hmm,....I guess I just don't really see it Doug. That front wheel "looks" pretty good to me! However, "looks" can be deceiving! As I mentioned before, I wouldn't be a bit surprised if those front wheels might be very dry (& loose), but two things cause rear wheels to become "clocked",...one is delivering power to actually "propel" the car, as we know the rear wheels do, and also braking, which the rear wheels also do on a stock Model T. However, on a "stock" Model T, the front wheels do neither,....they aren't "driving wheels", and they do no braking either. The most common danger with dry and/or loose front wheels usually comes from radial or "sideways" force from steering (curves) or very rough roads, rocks, chuck holes, etc.