Here's a Youtube movie showing manufacturing of Dodge Brothers cars in 1917. Since they made Ford parts up until July 15, 1914, a lot of the practises would be similar to how things were done at Ford. Dodge cars were of course more expensive, so they could put some more luxury in them than the Fords of 1917, like leather interiors. The testing of complete cars was also more extensive - they had a very steep hill shown at about 20 minutes that was impressive to me they could climb in icy conditions.

Demounting and packing for shipping by train is also shown.

And just like Ford did later from 1919, the spare wheel was bare without any tire. Rubber was expensive in 1917. 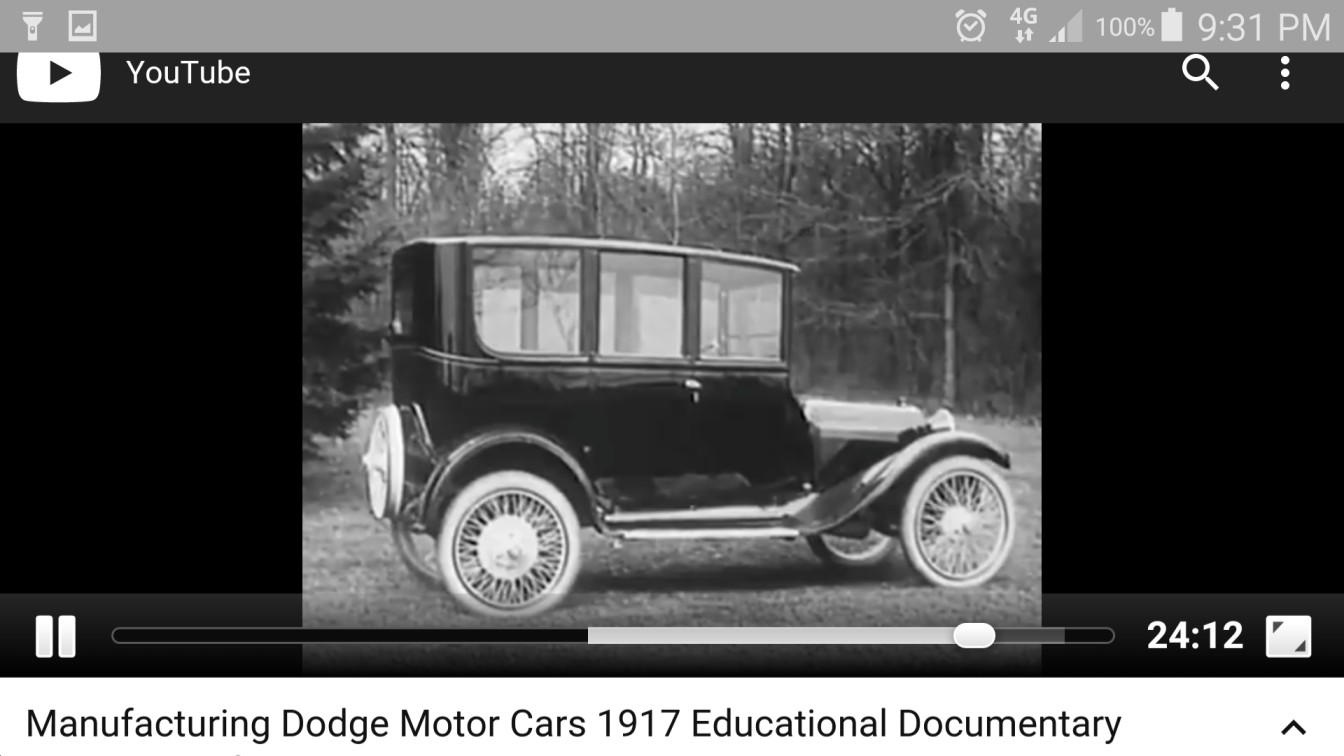 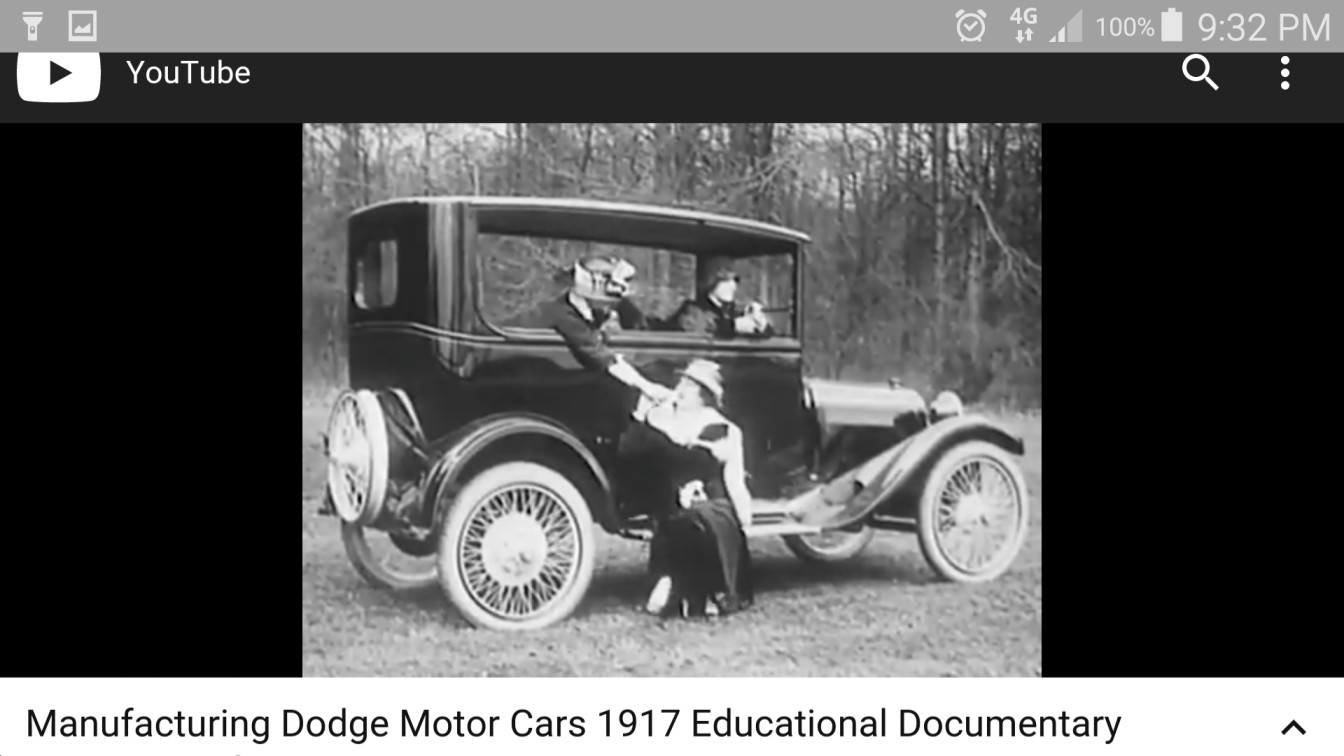 Great video and I am amazed how quiet the machines are!

The movie projector sound was a little unnecessary

How nice these things are being saved and made available to see.
Thanks

I noticed that they flowed on the body paint like Ford did.

The photos above and in the movie are of a center door not 4 door.

That was good post....interesting that it bought back a big 'What If'?

What if Henry didn't get so stubborn after he bought back the Dodge Bros. stock in 1919 to 100% own his company, and what if he could look forward?

Had Henry the foresight, he could have bought the Dodge co. and would have a good solid middle car offering in the Dodge, he already had the Lincoln car for the upper market.

Then Ford would have still made and sold lots of entry level Model Ts, and Dodge, and Lincoln and would have been the top contender

Cool video that showed us at least 2 right hand drive cars on the line and on the test track!
Haha! I agree wholeheartedly about the sound track Roger! Our brains then could've given us a better soundtrack INSIDE our heads.
Dopey me! I could've turned the sound down on my phone instead...
Thanks for finding and posting this. :-)