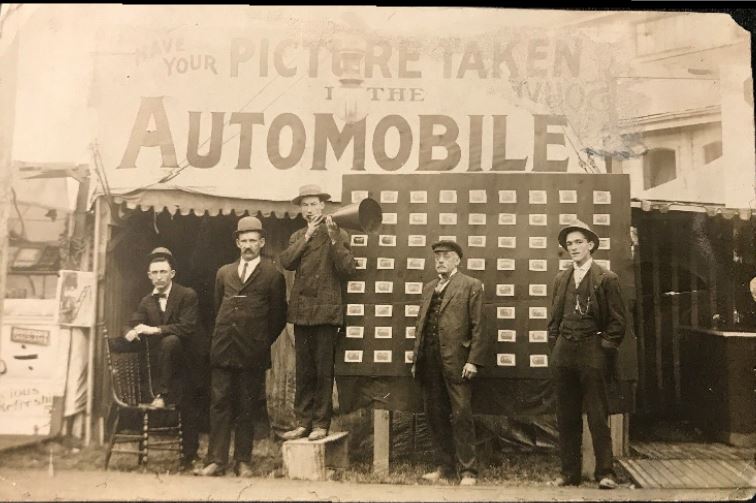 Oops. I hit the button too soon. I wanted to say I don't think this one was used before.
It's kind of cool to see where some of those prop car photos were taken way back when.

Love this photo since it embraces both of my interests. Do you have a higher res copy you could email to me?

There must have been 6 photographers. I don't think they would have asked a passerby: Hey, do you mind taking a photo of us? Just press here...

Great photo Herb. Thanks for posting. I would love to see some of the photos posted on that board.

These pictures were taken at the Alaska Yukon Pacific Exposition in 1909. The first is of my Grandparents in the front seat of the studio car. The second is of unknown people in the same car and the third is taken outside of the studio with a group of BPOE. Note at the right side of the last picture the post cards advertising the pictures taken in the studio car.

Any idea on the make of the car. 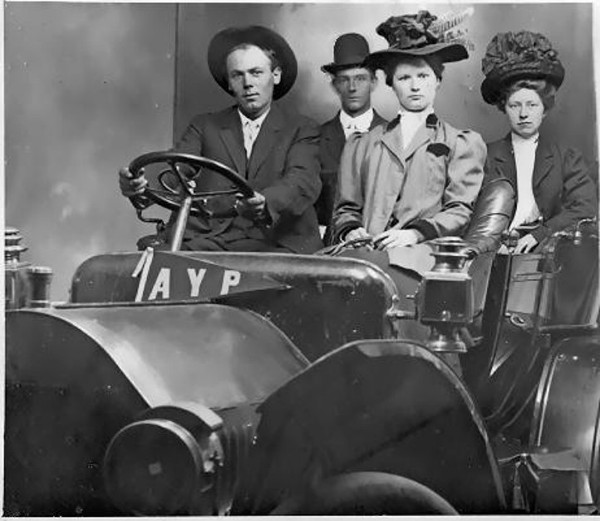 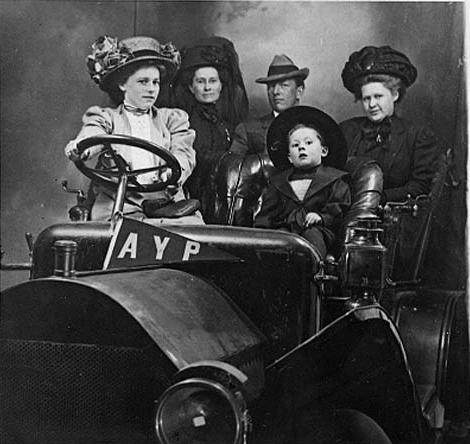 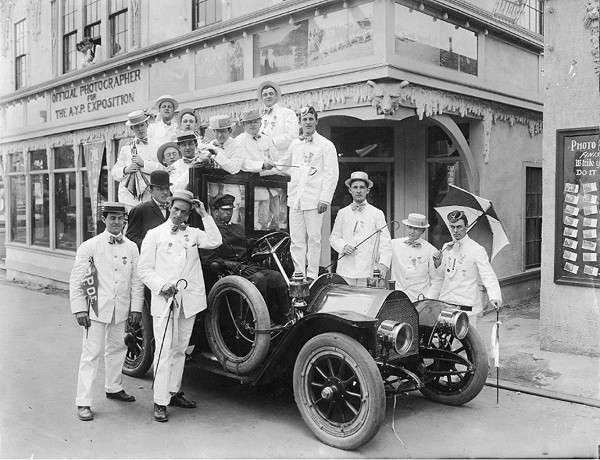 Thank you for the great photos. They really capture the "feel" of the era.

In 1945 my dad purchased a war surplus tent for camping. When we opened it up it had no windows and had a maze for an entrance. It was made out of a heavily coated canvas and had a dark olive drab color. We figured that it was a portable dark room and my dad gave it to a commercial fisherman to use as a tarp. Frank Harris, San Pedro, CA that used to be a fishing town before the tree huggers made us stop catching tuna and albacore in order to can Chicken of the Sea. Now they catch those fish in China and the tree huggers eat it while not knowing where it came from and that dolphin, sharks, rays, turtles, and seals were killed in the action but it was thousands of miles a way and doesn't count.

The open car looks to me like a 1910? Mitchell, either 20 or 30 HP. I can tell this by the distinctive flare of the fenders, the light brackets, radiator cap details, and the steering wheel. I have a 1908 Mitchell which is very similar, however with a different style radiator. In 1910 they went to the "Mercedes" style radiator.

Herb sent this to use on another thread. Maybe I will. 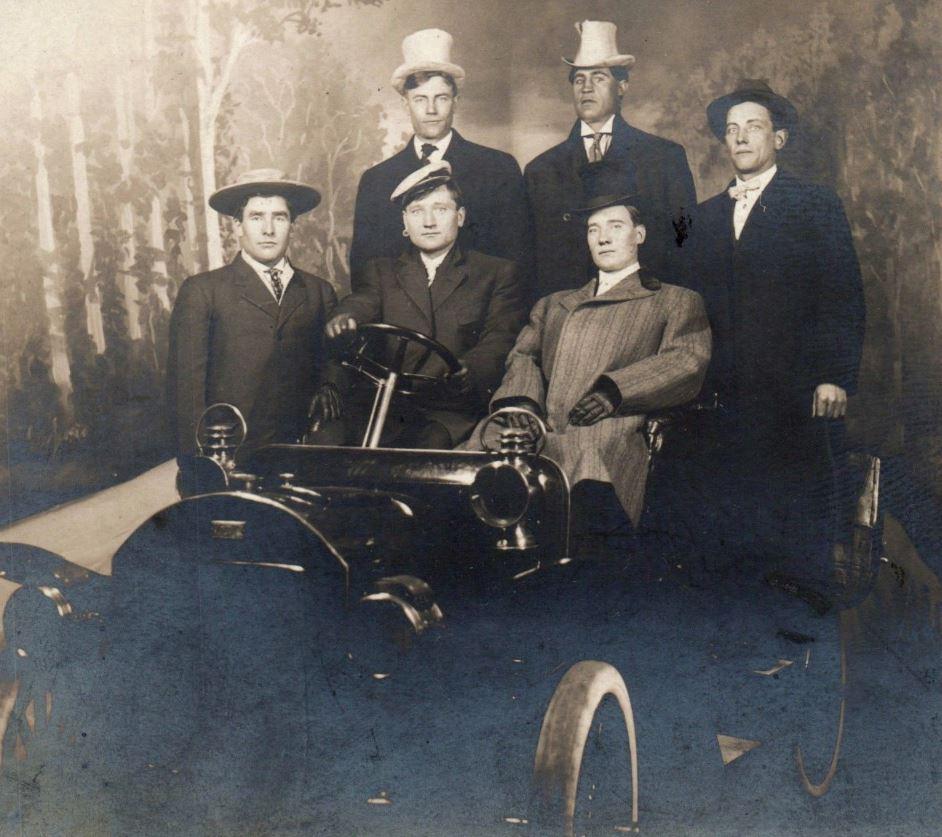 Terry and/or Sharon M, In regards to your comment at 8:01 am, I may see a detail.
Second man from viewer's left, is holding his hands behind his back. Look on the ground by his left foot. Could that be an air-bulb line? Many cameras in those days used air-bulbs to activate the shutter, because the camera had to remain perfectly still for the slow speed film, and fingers tended to shake cameras. It wasn't uncommon for photographers to have a large bulb with a long tube, and he may be using it to take his own picture.
Maybe Mark O can elaborate on this?

All wonderful photos! Thanks all.

Hey Wayne...How much of that California fire smoke did you inhale?

Hey there Denny, Quite a bit actually. For about a week, we could hardly see a hundred feet! Think I might still be high?

I understand exactly what you're talking about. I looked at the photo and I can't tell if it is or isn't. May well be a tube. If it is, then one guy doesn't get his feelings hurt by not being in the photo. BUT, if it isn't, one guy, like me, who doesn't like being in photos, got his way.

Thanks for the input. Makes me go back and think about what might have been.

Funny thing. I was having dinner at the Downey Elks lodge when I first opened this thread last night.
Wish I had the car. I'll have to look into the background on those white suits. When the Elks do anything official now, it's always done in tuxedos.

The first two photos look a lot like an early Locomobile: radiator, hood, cowl, front fender shape, etc., but I don't think it is. The last photo is of a Tourist automobile I believe.