Can anyone recommend a wear limit on this bearing? I have 0.010" clearance in this one and my book only says it should fit "close". Other sources or more Ruckstell experienced folks may have more details.

I see that I could do as Stan does and add a bronze bushing with a $5.00 bushing from McMaster Carr. If I go that route I would guess a couple thousands clearance should work. Then again more experienced Ruckstellers may know better. 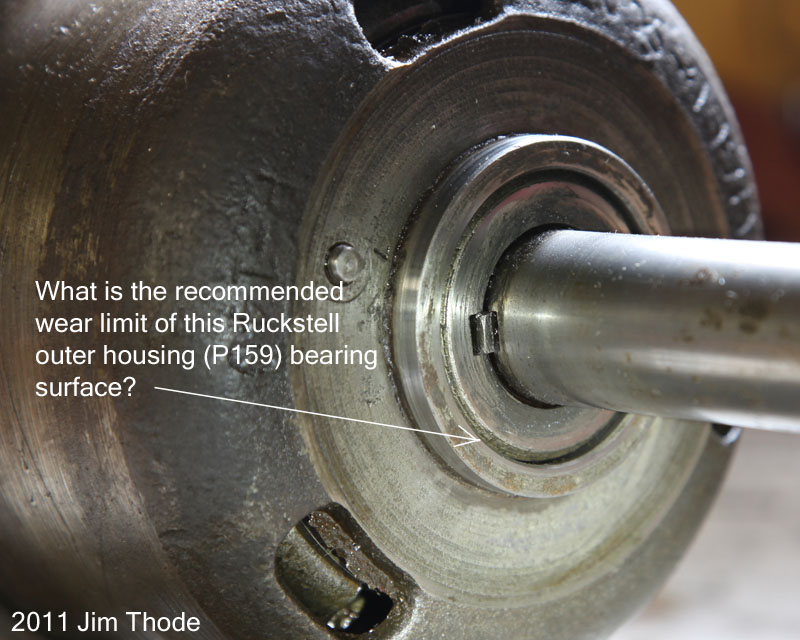 .010" is fine. The secret is to get the clearance of the diff assembly inside the two axle housings close, say .006". Then any extra clearance in the axle holes won't cause the diff to move around.

Ignore the last post, I thought you were asking about a standard Ford rear end, not a Ruckstell. Its late.

An update; I installed and bronze bushing in the Ruckstell bell with running clearance of about 0.002". The new bearing is just a little wider then the original cast iron bearing surface so it should be an improvement over the original condition.
Jim 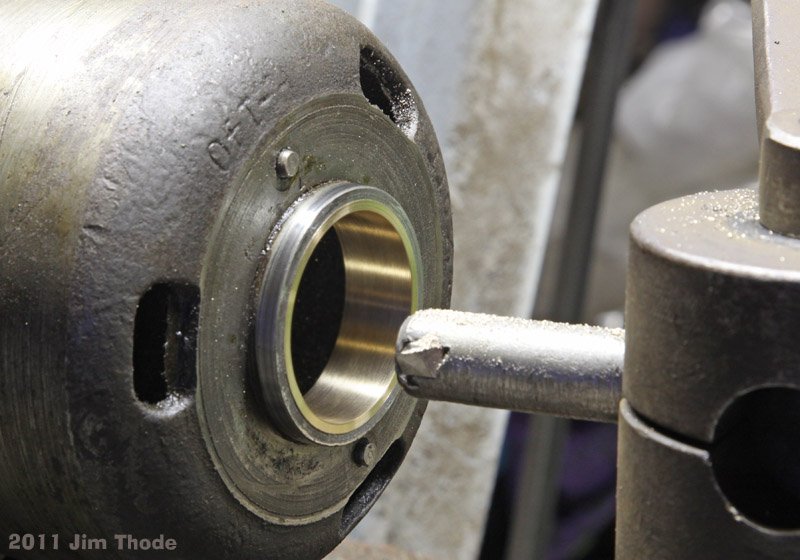 I usually bush them at that clearance. The problem I've always had is centering; I'm always a little leery of using the worn bearing surface to indicate from. I'm curious what your procedure was. Looks like a great job.

Luke,
I used the surface indicated in the photo below to locate the bell in the lathe. 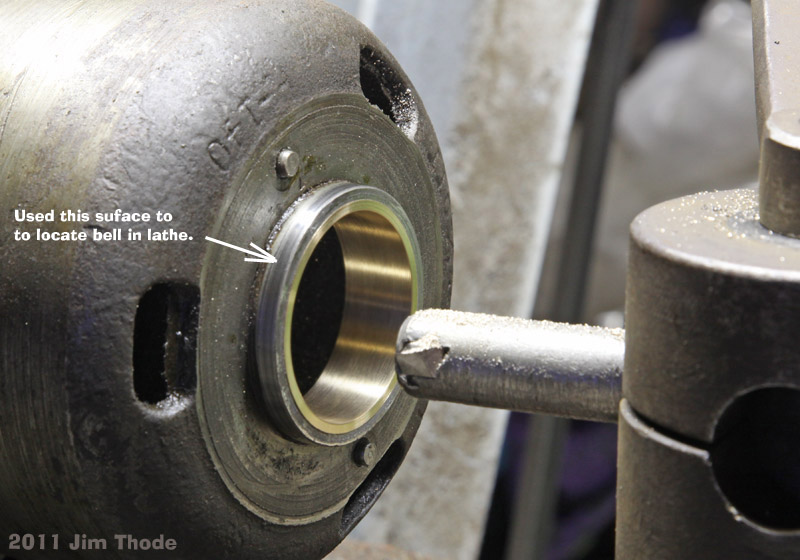 Why not index off the horizonal edge next to the flange of the bell housing where the ring gear sets?
I personally wouldn't go with such a close fit. On the Perfectos I've bushed, I've kept clearances in the .006-.010 range depending on the piece.

Richard,
I originally tried that surface that can be seen on the left side of the photo but the surface is very rough tuned and it is not easy to get a consistent reading with the dial indicator. I used a 4 jaw chuck with the jaws on the out side of the flange.

I don't know about the clearance. The other side runs in the ball bearing and it should have very little play in it. This side has this bell bearing clearance and the Hayatt bearing, even in the best of conditions this side will be looser then the ball bearing side.
Jim

Any surface I can think of either is rough as you say or is worn and may not be concentric with the centerline of the axel hole. So its difficult to know whether your cut on the bushing is centered. That's one reason I opt for greater clearance. The other is that the axles may not be aligned perfectly inside the differential. Think about it. If the Ford side housing or axle is bent some or the bearing sleeve is worn or the Hyatt bearing is worn the axle won't be perfectly aligned inside the housing. If you have more clearance in the axle gear hole in the bell housing, you are allowing for a small bit of misalignment. On a Model T, I believe it's necessary.
On the Perfecto bell housing there is a flange bushing similar to what you did in your Ruckstell. The flange part of the bushing is inside the bell housing and takes the place of the thrust washer in a Ruckstell. I set the clearance at .007. I think if you saw the assembled unit you'd agree that much was necessary, in my application anyway.

The first photo is the restored unit, the second and third are the pieces as found, relevant to this discussion. 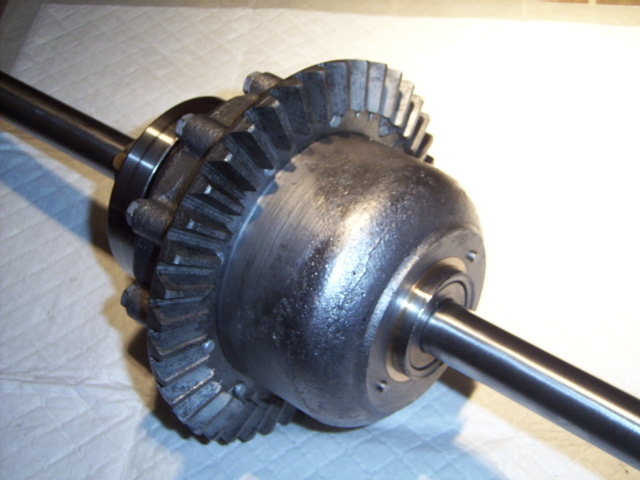 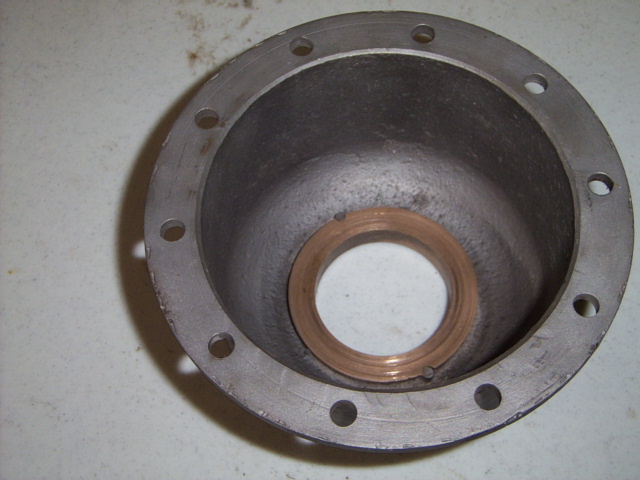 I've always used 0.005" as the Ruckstell clearance rule of thumb, except for the triple gears. They should be a little looser.

Jim, I assume the flange on your bushing is .085-.092" thick same as the thrust washer you're replacing, correct? Added benefit is you can machine the thickness so the inside clearance is what you want.
It worked for Perfecto, don't see why it wouldn't work for Ruckstell.

Richard,
I see your point. My added bushing was not nearly as large (OD) as the one you show in your Perfecto. I left the original steel thrust/spacer washer on the inside of the bell. I did not take a photo of the inside and it is buttoned up now.

I see, a good fix. Motivatives me to do another Ruckstell.