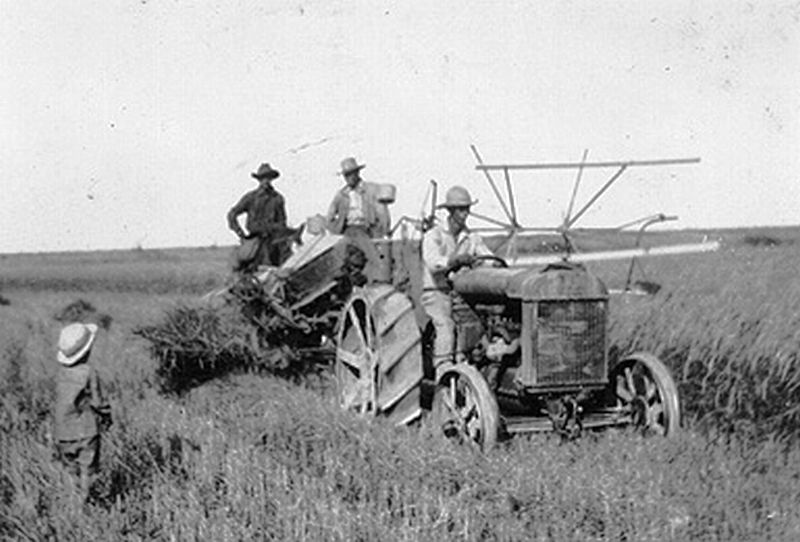 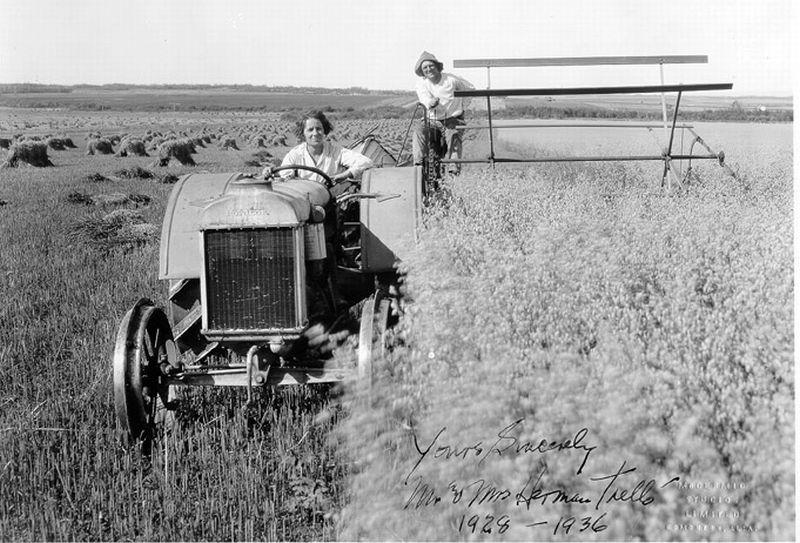 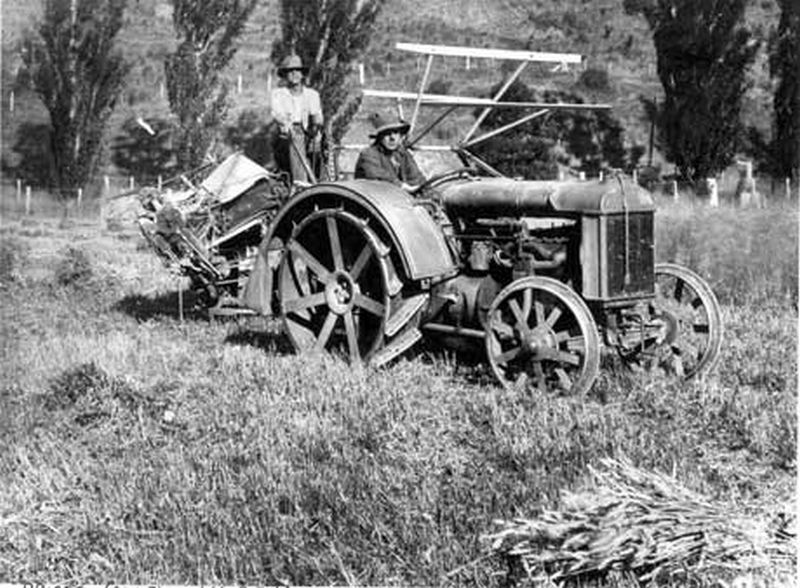 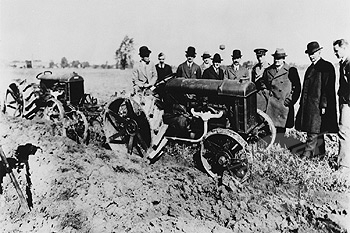 For those of you who are city folks and not familiar with early farming in the US, what the Ford tractors are pulling are machines called Binders. They were nearly the first great advance in modern farming, right after the sickle bar mower or "Reaper" invented by Cyrus McCormick. The Binder was more of a Reaper than the Reaper was (the Reaper actually just cut the grain or hay and left it lay on the ground) as it did several operations at once. It cut the ripened grain, gathered it in uniform sized bundles and tied each bundle with a twisted sisal string called Binder Twine. Early Binders just dropped the bundles on the ground, later ones gathered them on a platform until there were a dozen or so and then deposited them on the ground in a group. A Shocker came by with a pitch fork, and depending on where you lived, either Stooked or Shocked the grain into Stooks or Shocks with the heads up so the grain kernels would dry and be ready to thresh later. In the fall of the year, bundle wagons with pitchers would come to the field, load the shocks on the bundle wagon and haul them to the threshing machine. There the grain was threshed and either hauled to market or stored for later use on the farm. The Binder made fast work of what had been long days of labor with a scythe and snath, then a pitchfork to haul and hard work threshing on a threshing floor. The binder was the beginning of America's farming boom in the late 1800's that allowed the growth of the cities as fewer and fewer farmers were able to feed more and more people. This allowed rural people to move to the cities and labor at jobs other than feeding themselves. The tractor binder came along in the 1920's, just about the time the Fordson tractor came along. Two people with a Fordson and a Binder could cut and shock more grain in a day than a dozen men with scythes could do. In the second picture, Mrs. Trells is running the Fordson, Herman is on the Binder. No hired men, no extras to cook for, just the two of them and probably somebody shocking the bundles and look what they have done in that field.

It is interesting that the bill hook knotter invented and used on those binders in the 1880's is still in use today on virtually every square baler made in the US. They all still pay IHC royalties for the right to use it, I have heard.

We have that job coming up very soon. We just play farm and therefore we will bind and thresh on the same day. It means letting the grain get real loose before binding and you leave a lot in the field. But it's the fun of it that we are after, not the money from selling grain. As long as it tests out OK, I'm gonna have a friend mill my wheat and I will give flour to those that come help and other friends and family. I'll be sure to post some pics when we do it.

Nice set of photos! It's my goal to have a Fordson one day, preferably a grove tractor since I grew up in the citrus industry both on the manufacturing & growing aspects. 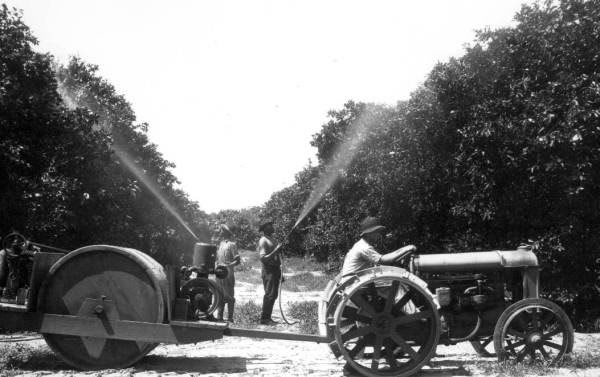 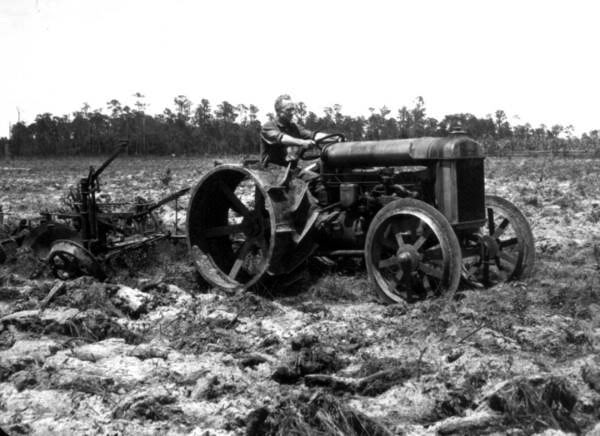 Can any immagine discing that mess?? Bud.

Gawd, that looks awful. What's he plowing up; a peat bog? Just finished plowing my garden and am in the process of getting the disc harrow ready to go. Then I have to go out in the tall grass and find the drag.

I like that spray rig. Looks like they solved the problem of moving the tank around the grove.

One of my favorite entertainments is the gas & steam tractor show in Pawnee, OK. It's held the first weekend in May. Wheat harvest is in June in these parts, which means that the wheat used in the threshing demonstrations has sat on wagons since the previous summer. The highlght of the show comes when the guys pitching the wheat into the thresher get down near the bottom of the pile and hundreds of mice flee the wagons in all directions.

Here's a video of the kind of binding Stan described: