Roy Hawken carting the charcoal to the Parkes flour mill on his Model T Ford truck, near Cookamidgera, NSW. 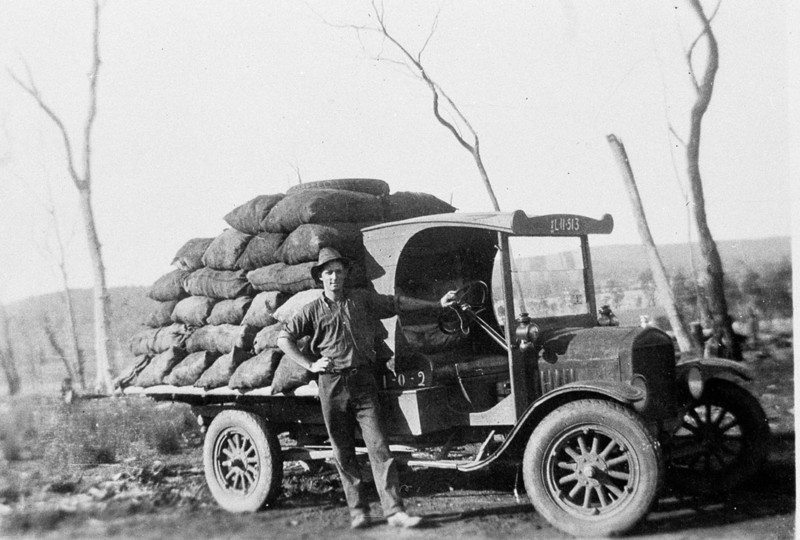 Now thoroughly bogged, so had to unload, then assistance came to hand. 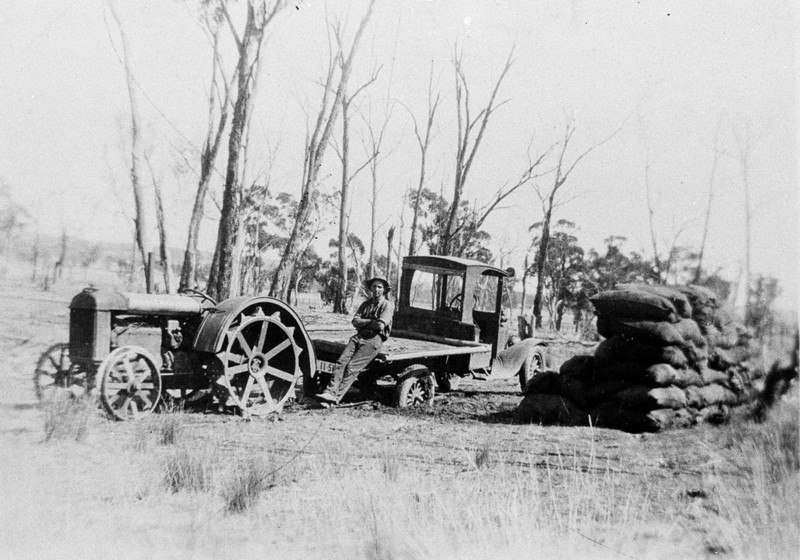 Got pulled out, re-loaded, but further along the track, and bogged again. 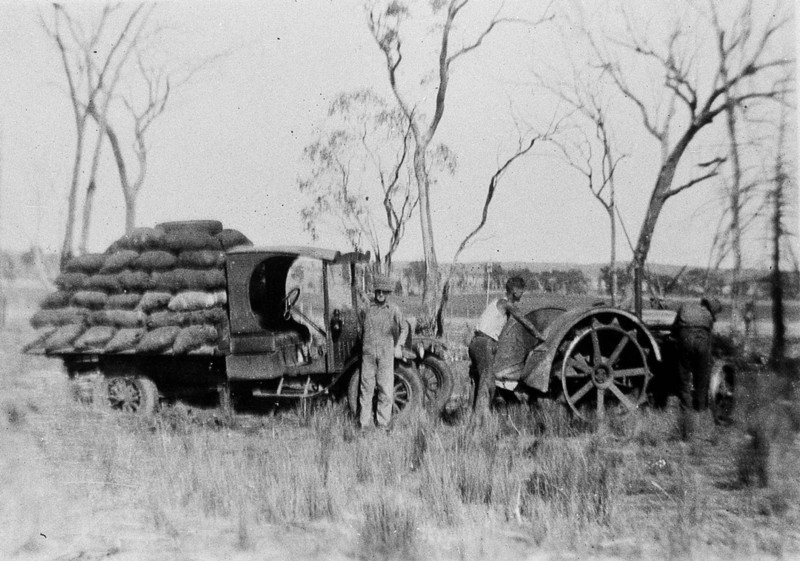 Hope he can get out this time without having to unload! 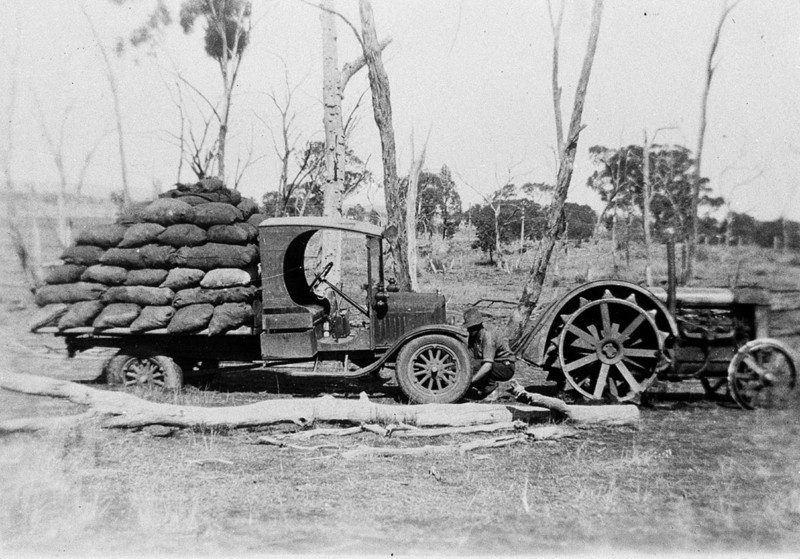 Photos posted here for research purposes, from the Library of N.S.W.

Man, that looks like a real truck with those front wheels and tires. Looks like the same size as the rears. Dave

David, the last of the TTs in Australia came with those heavier wheels and tyres all round. I was offered one in the late 60s, a great original truck, but I passed it up because it was a truck! It was a 27 model. I often wonder what happened to it.

Thanks David and Allan. There are quite a few photos of large front tyre TT's. I'll post them from time to time along with other T and TT pics.

Since the hubs on the rear of all earlier TT's are larger than those on the front, were these 20" wheels made with different spokes to fit the regular T front hubs OR were the hubs specials to take the same wheel wood as on the rear?

Allan, those pictures are the first ones that I have seen of TT's with the large front tires/wheels.
Dane, I am looking forward to seeing those pictures.
Layden, I am curious about that too.
Also, were the heavier front wheels/tires just 20 inch, or were they also made with the 23 inch wheels?
Dane, very interesting photos, many thanks. Dave