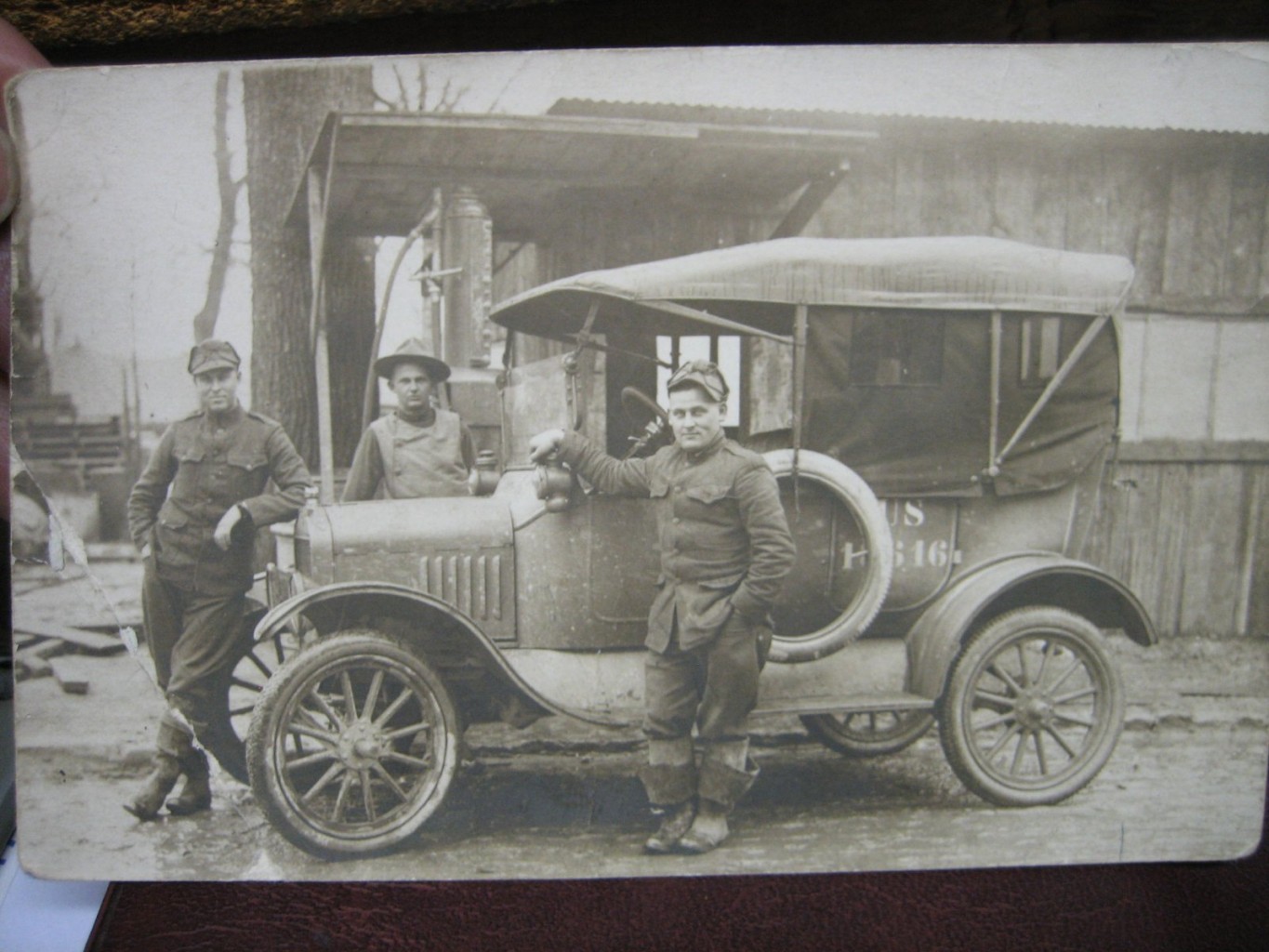 Posted by Lyndon Moore on the General Discussion.
Comments by me:
It is hard to tell for certain without computer capabilities I do not have, but it looks to me like that car has 30X3.5 front tires and wheels. So, I wondered, if it could be a Canadian T? Zooming in closely (thank you Chris and Jeff, et al for a good new format!), I can clearly see that there are no hinges on the front driver's door. So it does appear to be a USA built T. I do seem to recall reading that USA built Ts made for export to the European war were also equipped with the 30X3.5 inch front wheels and tires. Maybe one of our WWI experts can clarify that detail?
A few other details on the car. It clearly has the offset windshield hinges, making it a later '17 or even later car. The front wheel appears to be a square felloe non-demountable, whereas the rear wheel is a round felloe non-demountable. That combination would be unusual leaving the factory. Maybe one of the wheels was changed later? Or maybe some of the specially equipped cars for European war use were outfitted that way?
The horn button on the steering column appears to be the combination horn and light switch making the car more likely an '18 or '19.
The car and the men all look a little war weary. Likely being an '18, and probably a year old, it may be near the end of that war. 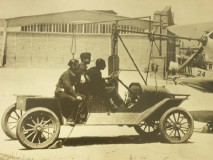 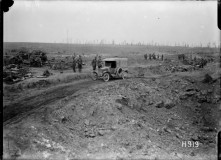 Return to “World War I Photos”