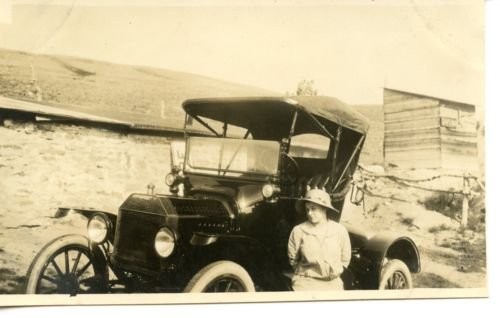 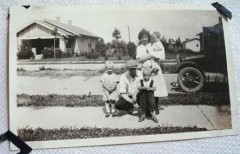 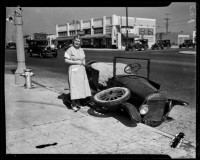 A late '15 or more likely 1916 model year runabout. Note the black trim on all the lamps. Ford used brass rims, bezels, and caps on the lamps from the beginning of 1915 style production (basically about January 1915) continuing until early July 1915 when black trimmed lamps began being used. Both brass and black trimmed lamps were used for about two months. By the middle of August, most cars were leaving the factory with black trimmed lamps. There were numerous other mostly minor changes throughout the '16 model year. Most of which cannot be seen in such a photograph. Aluminum was replaced by iron in the hoods and hogsheads, the ribbed pedals became smooth. A small piece of leather on the sides of the seat was changed to a metal cap. Improved mounting brackets were used under the rear fenders. A few other minor details, however, in most photographs, one cannot usually tell a late '15 from a '16 model year T.
Last edited by Wayne Sheldon on Fri May 24, 2019 4:21 am; edited 1 time in total
1 comments • Page 1 of 1