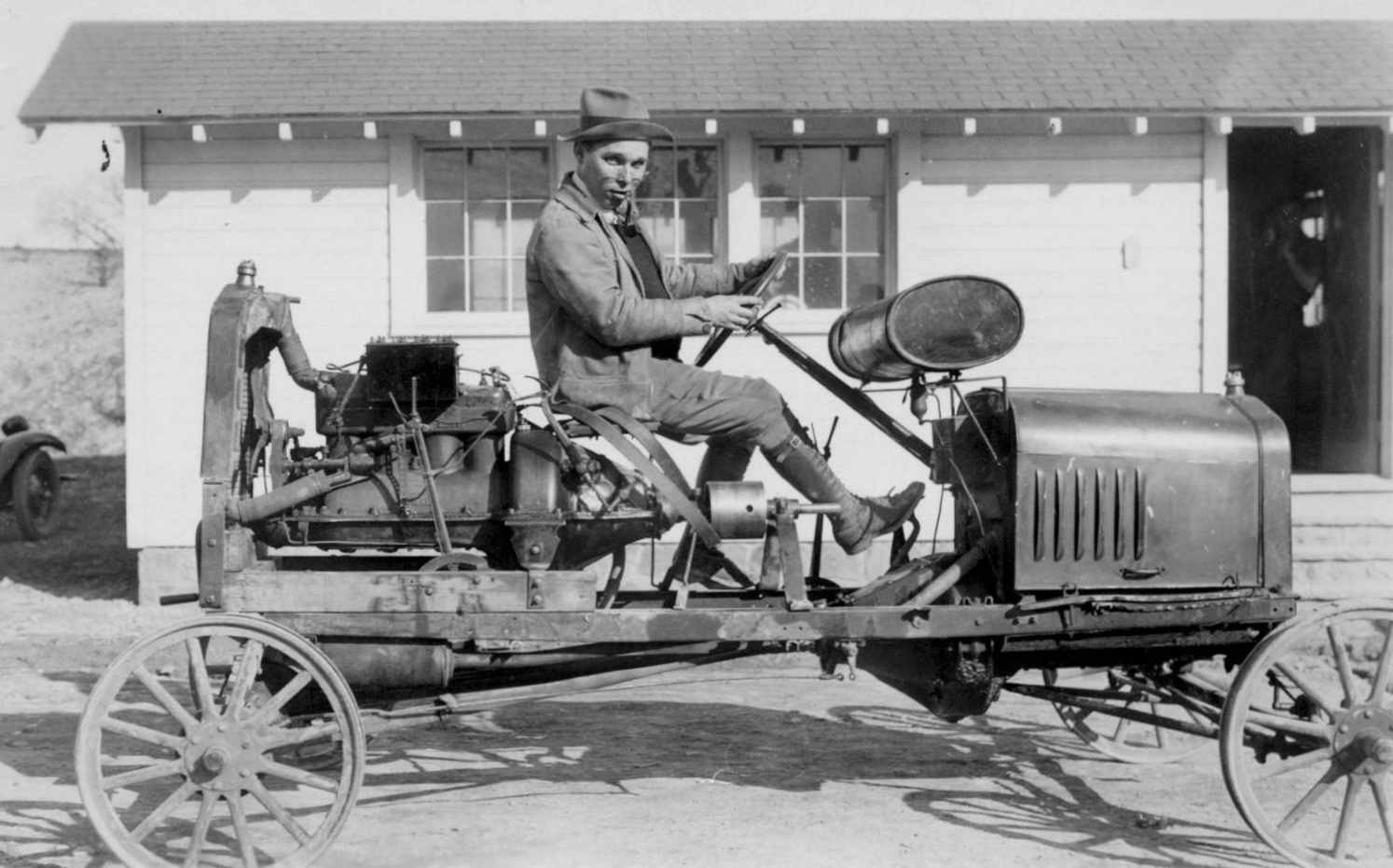 I keep wandering around here, looking at the same pictures over and over again. I keep hoping other knowledgeable people will comment on details, or pose questions. I really need to get back to doing that again myself.
This picture has caught my attention a few times. I wonder about the fellow, his reasons for being there? Did he build this thing? Or maybe an employer? Must be an interesting story behind it.
At a glance, it looks like it could be an early chassis, but it is not. The non-demountable wheels throw a bit of a curve. They are square felloe, could be as early as 1918 maybe, but more likely '20s. Closer examination reveals a 1920 or later front engine/spring mount, however an earlier crank handle (clearly seen looking through the spokes of the front wheel). The muffler appears to be a pressed steel ends version. No running board brackets, but the three holes for the earlier forged brackets can be seen. That actually does not tell us much. Although the pressed steel channel brackets replaced the forged ones about 1920, the holes for the earlier style remained for about two more years (on some frames).
No telling just how much was changed or replaced on this, but given the low hood, firewall, and radiator along with the oval gasoline tank and everything else, the driven chassis is likely a '20 or '21. The power engine, with no starter (although what appears to be a high radiator for better cooling while stationary) appears to be a bit earlier, likely mid to late '10s. It does appear to have a low head on it by the way. The pan looks to be the later snub-nose type, not the brass era narrow nose.

Also, notice the brake rod. No clevis pin? I would think it could be a desirable thing to lock the chassis down when used as a power station.

One can only wonder how many pieces of machinery were run by this portable unit? And no wonder I had to look far and wide to find enough good rims for my early wheels!
2 comments • Page 1 of 1