How about Half a T?

How about Half a T?

In 1973, my Wife and I were touring through parts of our state and stopped to look through a country museum in the town of Kerang (Victoria, Australia). There we saw this fascinating little car. I have posted one photo of it before, and have just come across the other two coloured slides that we took that day. We have passed through the town several times since then, but alas, each time the museum has been closed. I wanted an opportunity to study the car in more detail- things like how the transmission was achieved, where and how was the ignitions system etc.

The story told to me at the time, was that the car had been a part-time project of a local farmer, who back in the 1920's decided to create something different for motoring. He was armed with dedication, patience and a hacksaw, for that appears to be how the engine was halved.

Below is the image that you might have seen before. The other two have not been previously posted. 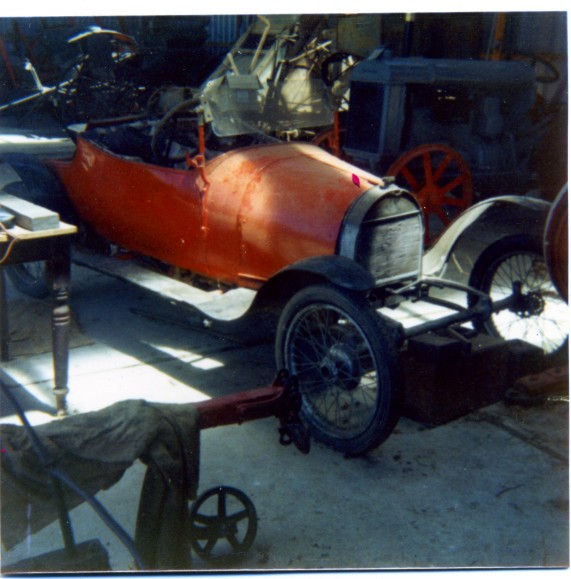 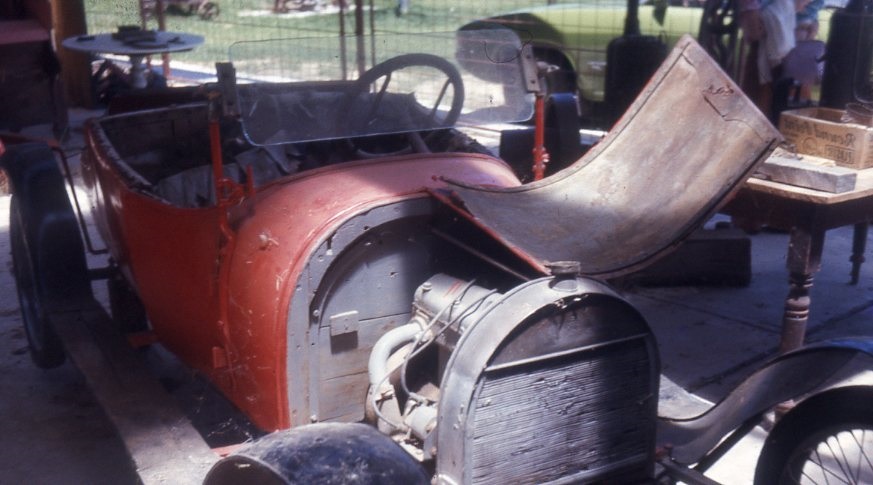 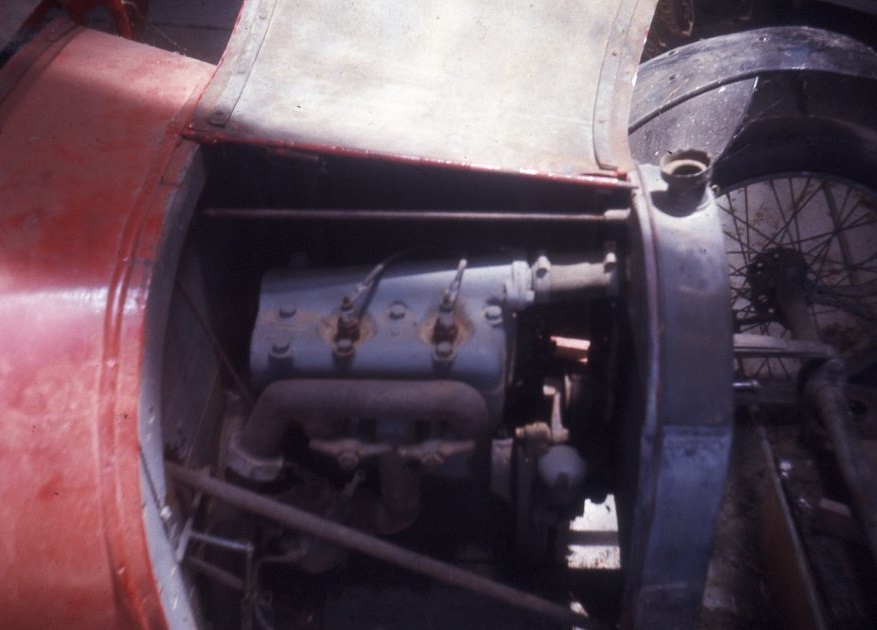 Hey there Dane H! Neat car! A half a mind, a hacksaw, equals half a model T ! Wonderful tale, and neat little car. I hope you can find out more about it.
Thank you for sharing the pictures!
Top

That's pretty cool dane. What a cute little car!! I wonder what it sounds like when its running.
Top

THAT'S SO NEAT, THE T CRANK IS DESIGN'D SO THE TWO CENTER PISTONS ARE DOWN WHEN THE TWO OUTER ARE UP, SO IT MAY SOUND LIKE THE JOHN DEERE,SORTA, WOULD LIKE TO SEE HOW HE GOT ENOUGH FLY WHEEL TO SMOOTH IT OUT, LIKE ON A HARD HILL CLIMB , ANY WAY IT IS A NEAT JOB, THANKS DANE,
Top

In the '60s a friend in Sparks, NV bought a small race car that Harrah's had been trying to buy. It had 3 of those 2 cyl engines with it, a Model T, a Model A and a Chevrolet. They had billet crankshafts. The T had half an overhead valve head with "JO" in raised letters. I don't know where the "RA" went. I could have had the spare engines for restoring the car but time and space prevented that. If time permits I will try to get some photos.
Rich
When did I do that?
Top

Kinda brought back memory of this 'Half Pint' Model T that was offered at Hershey in 2015.

Was strolling and looking, and had to do a double take, that wheel base sure was smaller

Just had to take photos!

The best way is always the simplest. The attics of the world are cluttered up with complicated failures. Henry Ford
Don’t find fault, find a remedy; anybody can complain. Henry Ford
Top

Dane, last time I saw that car it had a pair of E&J brass sidelights on it. Looks like someone talked them out of those.

Allan from down under.
Top

Here's one Dad and I built years back for a customer, Enjoy!