During the reconstruction of my center door, I want to replace the wood that needs it, but also put it back on the car in the exact way it was originally. This might not be entirely possible as I was missing a couple pieces of wood that were so badly damaged, they were destroyed.

Using my old rocker panels as guinea pigs, I have made some discoveries that are different from the way that some restorers have done their cars. I will explain as best I can in words and pictures.

First is an overhead shot of the driver's side rocker. I'm using this as it has the sheet metal skin unattached already and the wood is in better condition than that of the passenger side. Notice the two holes on the right of the rocker. We'll get to those shortly. 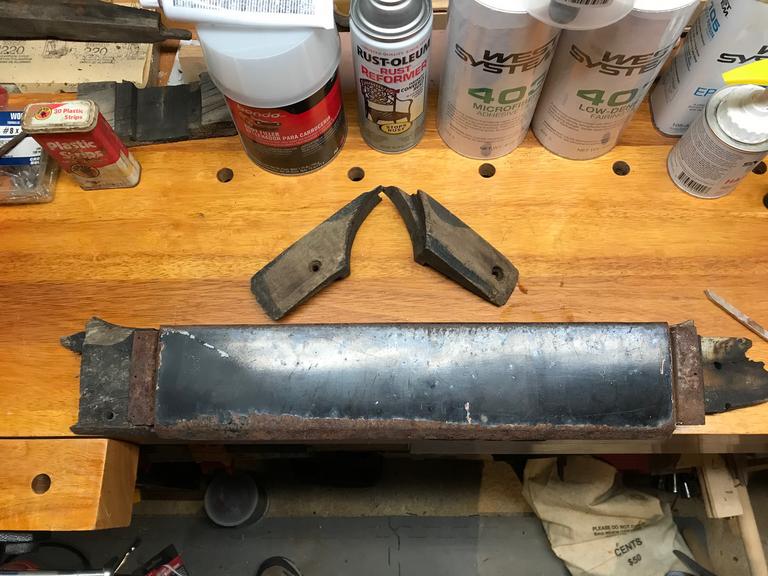 Looking at this close up picture, we see a hole on the left side close to the bottom. There are three more under the skin that match this one. 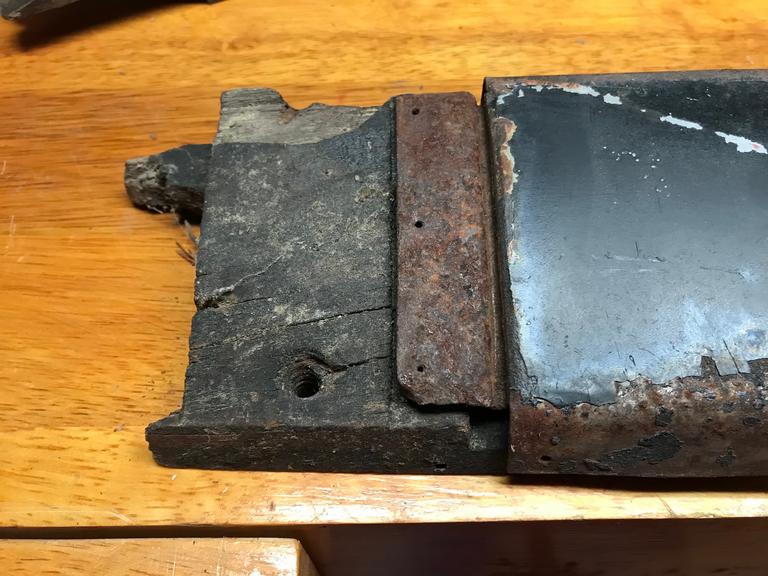 Third picture shows that the four holes along the bottom go all the way through. 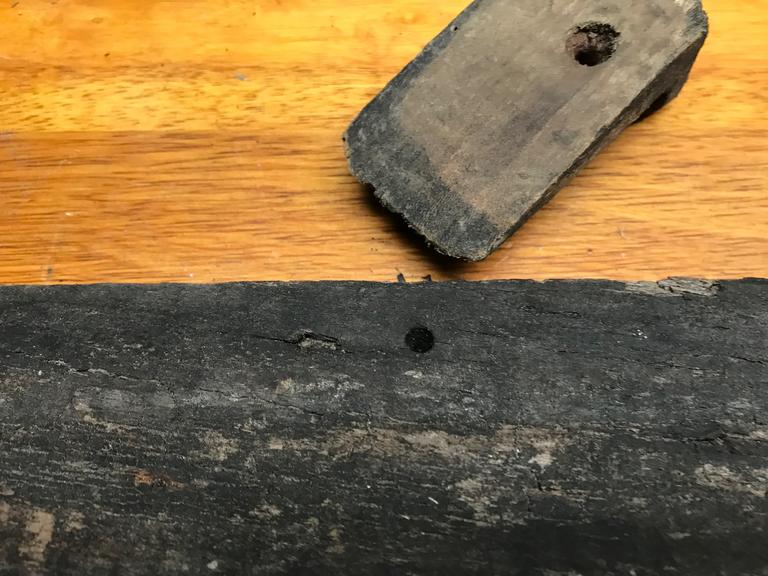 The next picture shows a hole that I have circled with a chalk pencil. That hole is counter sunk. It is on the back side of the rocker, which would be hidden, and is the top hole that is visible in the very next picture (To the right on the rocker) This right end of this rocker is toward the rear of the car. 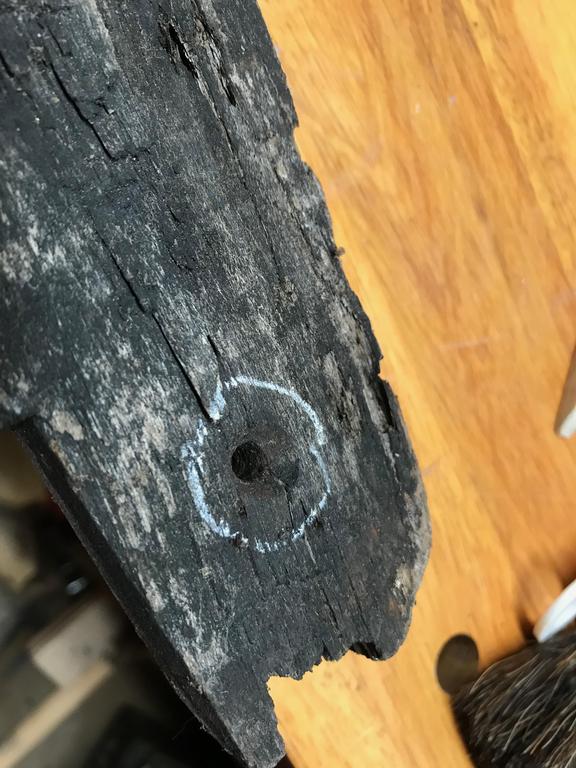 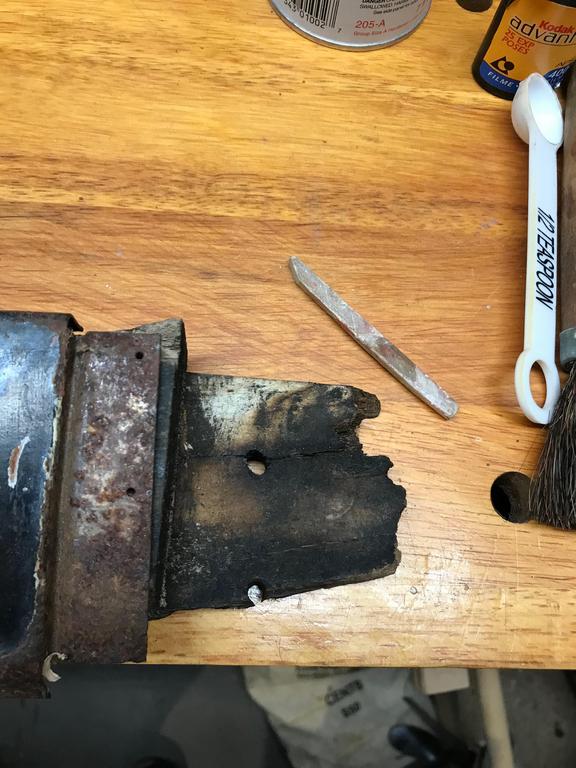 The curved pieces above the rocker are the corners that form the bottom opening of the door, a skinny one to the front and a larger one to the rear, making the rocker slightly angled front to rear. These curved pieces are in fact parts of the Hinge Pillars and the Latch Pillars. There are places on the pillars that these fit exactly, but they, over time, have become separated from them. (They appear to have been laminated).

The larger of the two curved corner pieces has two holes in it. Only one of those holes goes all the way through and it's the one at the bottom. The top hole enters from the back side but does not penetrate to the front. Period. This is where the hole that is countersunk comes into play. 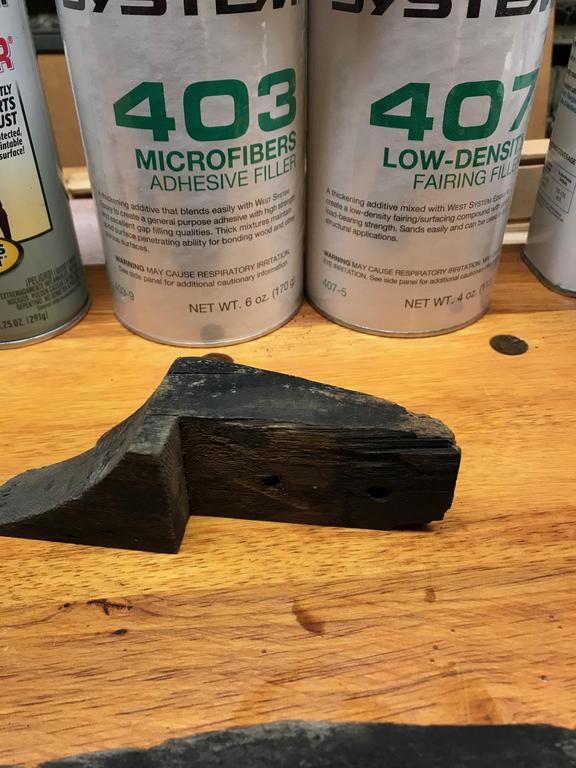 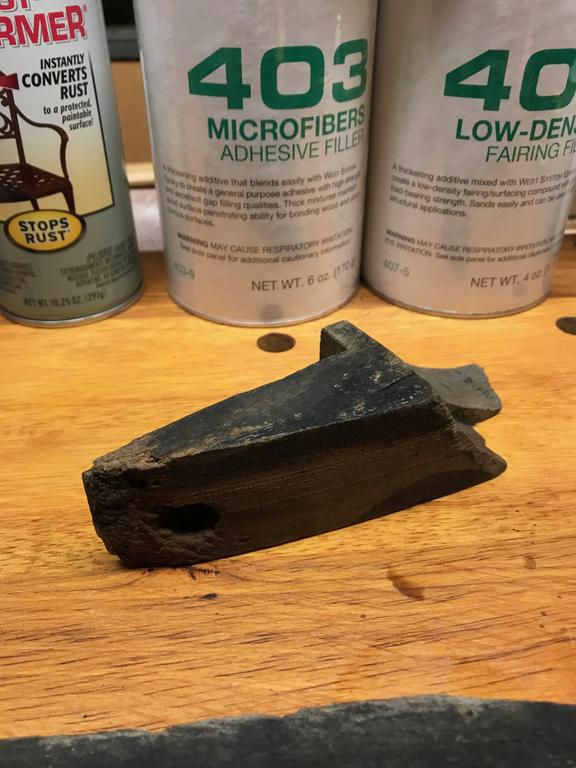 Having analyzed these pieces of wood, I can surmise that the rocker panels are attached to the hinge and latch pillars FIRST, from the backside, and then the pillar/rocker assembly is thus screwed to the car, with support brackets attached to both pillars at their juncture with the floor. I've seen restorations where the two curved pieces and the rocker were made as a solid piece. I do not believe this to be accurate because the curved pieces are perfectly flat where they should be a permanent part of the pillars.

In another installment, I'll show how the upper window headers attach using a square pin and hole.
William L Vanderburg