Fred and Lavina’s lifetime Model T adventure began in the summer of 1953 with a $25 1926 T Ford Runabout. In 1971, inspired by Wayne Atkinson’s Fronty Speedster at the Denver National Tour, Fred began the study and restoration of Model T Speedsters that continues to this day.

Their first Speedster began with the crafting of an all steel body using photos and prints of the early Ames Lotus Speedster model 828. The car had a Model R Fronty head, Bosch front plate, Winfield carb, AC brakes and Stewart wire wheels. Fred and Lavina have driven this always reliable Ames thousands of miles in the 36 years since.

In 1973, they were the prime movers in starting the Model T Ford Club of Tulsa, noted for the annual Chandler Park Hill Climbs and a website featuring technical information and Speedster tips. Fred served as President in 1981 and later as Director of the MTFCA. In 1982 Fred and Lavina together received the coveted Rosenthal Award. Fred has contributed many technical articles to the Vintage Ford including articles on race drivers Noel Bullock and Leonard Kerbs, and is active in producing the MTFCA Video Tapes, with many of the topics coming from his shop “The Model T Garage”. He was the primary author of the MTFCA Transmission Manual and has served on several technical research projects, including the cam project resulting in the manufacture of the widely accepted Stipe Cams, plus the latest version of the transmission alignment project recently added to the Tulsa website.

Fred is nearing completion of a very correct 1917 Roof/Laurel Speedster with a Roof Type A head and an original body acquired from Jarvis Erickson around 1990. Fred is the founding director of the MTFCA Speedster and Racer Hall of Fame, currently housed in “Speedy Bill” Smith’s Museum of American Speed in Lincoln Nebraska. 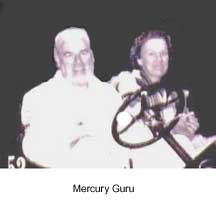 Jarvis Erickson was born in Seattle in 1935 and grew up in the Echo Lake area just a few miles north of Seattle with Grandma Minnie Butzke. By 1950 Jarvis was a junior at Seattle Lincoln High, when a school-mate took him to see his first Model T Ford and the dad showed him a photo of a Speedster he once owned. Jarvis was hooked! Jarvis harvested many of his early Model T’s and parts from the many small farms just north of Seattle to the Canadian border. Over the years Jarvis traveled all over the US collecting Model T Speed equipment and “fast paper” (speed documentation of all forms, books, photos, advertising flyers, etc.), and now owns the world’s largest collection.

Jarvis has owned most of the Model T overhead valve conversions and from these materials, has written many articles for Vintage Ford, Secrets of Speed, F.A.S.T., and others, including a series of articles documenting most of the Model T Ford overhead valve units with directional views of each. It was 1957 when Jarvis first saw a Mercury Speedster photo, and Mercurys would dominate Jarvis’ life from that day forward. Today Jarvis is busy restoring 4 of the 5 Mercury Speedsters he has owned, each a different body style based on year of manufacture. Very special is a rare Mercury body for a Chevrolet chassis, but Jarvis’ pride and joy is the replication of Frank Gegoux’s famous 1923 cross-country “Desert Pal.” Jarvis has the world’s largest collection of Mercury documents and photos and is nearing completion of a “Mercury” book over 200 pages in length with about 4 chapters to go. Other highlights include the National Speedster meets, 1993 in Kansas City and 2005 in Lincoln, Nebraska and the Mercury Club meets under the old grandstands in Hershey, Pennsylvania. 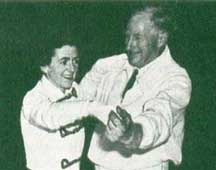 Murray Fahnestock served as the Technical Editor and contributing Editor-in-Chief to the number one trade journal for Ford owners, dealers and mechanics from 1914 to 1955. During the Model T Era, the name of this periodical changed from time to time as its focus changed. It was originally known as the FordOwner. Next, it became the Ford Owner and Dealer, then the Ford Dealer and Owner, and finally the Ford Dealer and Service Field.

Throughout the Model T Era, Murray published dozens of articles relating to building Model T speedsters. Murray’s wife Hazel provided the line drawings that accompanied many of Murray’s articles. These articles covered everything from speedster body building to installing a supercharger, and were the primary means by which Model T owners and mechanics learned how to build speedsters. Fortunately, these articles have been preserved, and are still the primary source of speedster building information for modern speedster builders. Thus there is little doubt Murray Fahnestock is the “Godfather of the Model T Ford Speedster hobby.”

In the 1950s, Dan Post published several books containing primarily Murray’s technical writings plus advertisements from the Ford owner periodicals. These books include The Fast Ford Handbook, The Model T Ford in Speed and Sport and FordOwner. From the Fast Ford Handbook: “Across the land the young at heart were conceiving, building and driving a breed of off-hand automobile based on the spidery underside of the Model T Ford. Practically infinite variety characterized the species, for each was the physical manifestation of its creator’s grand and immensely personal dream.”

J. R. Craig and William L. Hunt formed Craig-Hunt Inc. about 1916 in Indianapolis, Indiana. Little is known about Craig, but Bill Hunt was a successful race driver during the teens and twenties. It seems that Bill’s primary interest was to sell just enough racing equipment to finance his own racing activities.

About 1917, Craig-Hunt sold a 16-valve single overhead cam Ford racing head nearly identical to that of the 1912 Peugeot (DOHC) Grand Prix racing engine. Crude in the beginning, later versions of the Craig-Hunt head used an enclosed bevel gear and shaft setup to drive the cam, and a cross flow design with four ports on each side with two plugs per cylinder.

By 1918, Craig-Hunt was selling a complete line of racing equipment including underslung brackets, wheels and engine parts, and the famous torpedo tail “Speedway” body modeled after the Peugeot racers. Variations of this body became the dominant design used on racecars throughout the 1920’s, ’30s and ’40s.

In 1920, Craig-Hunt Inc. reorganized and became Speedway Engineering, coining a new slogan, “Making the Ford Fleet-Footed”, and introducing an 8-valve Ford rocker arm head designed for Speedster use. They also introduced a light-weight aluminum cylinder block for racing, weighing only 42 lbs without the sleeves.

By 1923, national advertising had stopped and in 1925 the business was purchased by Carl Rogers, a race driver and local Green Engineering dealer. Although Craig-Hunt and succeeding companies were never hugely successful, their products were successful on the racetrack. The story goes that a 16-valve Craig-Hunt racer #5, owned by J.P. “Pappy” Stewart and driven by Bill Melaun, won 74 first places out of 86 starts during 1920 in Texas and Oklahoma. 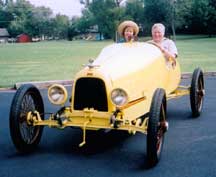 Excitement was running high in 1974 Lincoln, Nebraska when Bobbi and Larry Sigworth examined the remains of an old race car with staggered seating for a riding mechanic. It would take several years of research to determine this car was the only original late-style Model 21 PACO extant. It had a suicide front end lowered 5 inches with split wishbones and de-arched rear spring. The crankshaft had Dunn counterweights and was drilled for full pressure oiling. A Green Engineering oil pump was driven off the rear of the camshaft.

Larry used most of these parts, but proceeded to warm things up a bit by adding the famed Chevy Brothers Frontenac Model R head with a 1-1/4-inch Zenith carburetor and a Bosch 513 front plate distributor. Inside the engine were aluminum pistons with lightened and polished rods, magnets removed, flywheel lightened, and the transmission shaft drilled for pressure oil.

Now restored, the car sports a set of early style large hub 30 X 3 ½ Pasco wire wheels, Hartford friction shocks, AC Heavy Duty external brakes and an early Ruckstell Two-Speed with a Hi-Speed 3 to 1 ring gear & pinion. PACO Manufacturing often provided the radiator grill shell in the style selected by the customer; Larry and Bobbi selected the popular Fiat-styled grill shell and matching hood, which Larry produced using an Overland radiator and shell shortened 5 inches. The speedster is painted a brilliant Stutz yellow with contrasting diamond tufted tan leatherette upholstery to match the brown Pasco wire wheels. Although the basic restoration of the PACO was completed in 1990, Larry has just begun restoration on the top and windshield, made possible by the recent find of an original photo showing the long-missing details.