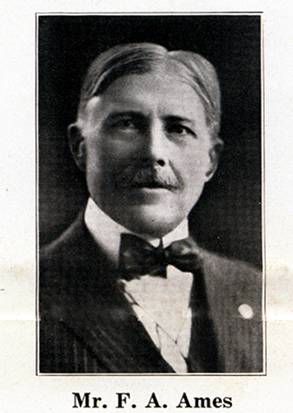 Fredrick A. Ames, a buggy repairman from Owensboro, KY., founded the F. A. Ames Company in 1881. Eventually the company became one of the largest manufacturers of buggies and light horse-drawn vehicles in the U.S. producing 50,000 horse-drawn vehicles a year in more than 200 styles. Although the company was very successful, Fredrick Ames began to see the potential of the automobile, and the potential negative impact it might have on his business.

In 1910, the company began to produce its own car called the Ames. After building 400 to 500 cars production was discontinued in 1913. The quality of the bodies Fredrick Ames built for the Ames car won them contracts to build bodies for other car companies.

About 1916, the company began to build accessory bodies for the Model T. Included were speedster, sport roadster, touring, sedan, coupe, and commercial bodies. Also available were demountable wheels and rims, wire wheels, trailers in several types, spotlights, “one-man” tops, “all weather” enclosed tops for roadsters and touring cars. In addition, windshields, fenders, bumpers, hoods, radiators, and all manner of other accessories were offered.

In 1925 Mr. Ames died. Not long after his death, in June 1926, the company abandoned the automobile body business, and the horse drawn vehicle business, and began to build furniture. Furniture production lasted until 1968, when the company was dissolved and its assets sold. 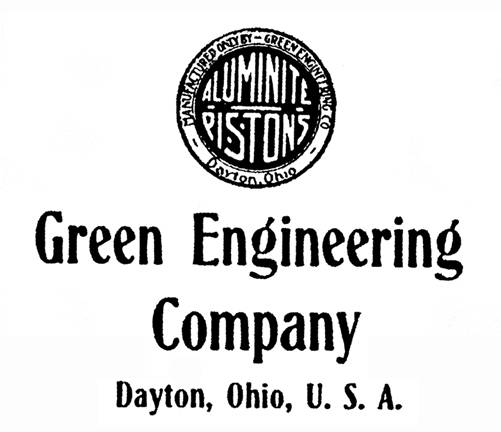 In 1915, Carl ‘Pop’ Green, organized Green Engineering of Dayton, Ohio, and introduced the Aluminite aluminum pistons and connecting rods for Fords. A short time later ‘Pop’ introduced the cast iron “Power Plus” flat head type cylinder head with the spark plug located directly over the center of the piston.

By 1921, ‘Pop’ Green was selling a full line of speed equipment including the “Super-Ford” Special Racing Car. The chassis of the “Super Ford” was very special and used many special parts manufactured by Green Engineering, including the frame. Both single seat and two passenger bodies were available for the ‘Super Ford’. Bodies could also be designed to fit just about any wheelbase and engine setback. A special 12-inch wide radiator with a 4-inch thick core was also available. This radiator was normally 26 inches tall but could be built to any desired height.

Green Engineering ads claim that an engine equipped with the ‘Super Power Plus’ flat head would make over 70 horsepower, so an overhead valve head was not offered until the late 1920’s. ‘Pop’ Green’ was the pioneer advocate of using a crankshaft driven centrifugal supercharger on a Model T.

Green Engineering built high quality equipment and achieved some racing success. The company sold speed equipment for many years after the end of the Model T era. 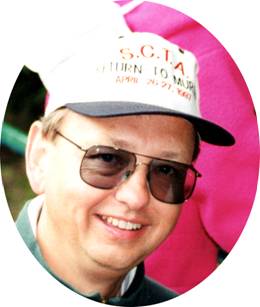 Dan McEachern has been involved with Model T Ford speedsters for nearly 40 years. His interest in T speedsters began at a very young age. He has fond memories of visiting Vic Sala’s shop in Northern California, when he was 13, to look at Vic’s Mercury speedster. Dan started his parts-manufacturing business in 1970, first with a set of oil seal adapters for T rear ends, and then T rear end safety hubs. He began building A crank/T engines in the mid ‘70’s. Today his catalog contains many reproduction speed parts such as oil sumps, valve covers, side plates, magneto side drives, main bearing caps, aluminum and bronze timing gears, and components for overhead valve cylinder heads. His shop is one of the few places that will build to order a modified Model T engine with a full pressure oil system, a counterweighted Model A crankshaft, a balanced rotating assembly, and enlarged valve ports with oversize valves. 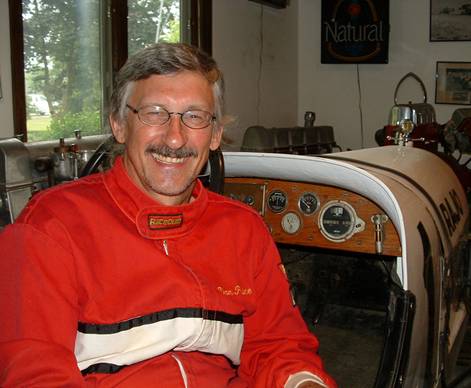 He owns Ira Hall’s 1929 race car with a Dreyer chassis and a DO Frontenac engine, and Leo Krasek’s early 30’s race car that is powered by Leo’s own design single overhead cam engine. Also in his collection is the engine that is equipped with a DO Gallivan head on a Krasek designed five main bearing block that was raced in his car in the 1939-1941 racing seasons. In addition, he has a 1920 Ames bodied Model T speedster with a Rajo head and Pasco wire wheels. Dan’s extensive collection also contains Model A & B speed equipment with examples of nearly 40 different examples of overhead valve and overhead cam engines and cylinders heads.

Dan belongs to the Antique Auto Racing Association and races his cars in events in Ohio. He also is a member of the Ford “A” Speed Technology (F.A.S.T.) club and participates in their events throughout the country. 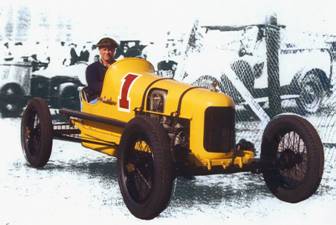 After seven years of blood, sweat and tears, Rick Rawlins has completed the restoration of a replica of Ed Winfield’s “Two up and two down” racer. This replica uses the original two up and two down engine originally built by Ed Winfield. Winfield designed this engine with a special crankshaft that places pistons one and two at top dead center of the piston stroke and pistons three and four at bottom dead center of the stroke. This eliminates intake air systems problems inherent in the design of the stock Model T intake system.

Dick Nuss of Engine Machine Service rebuilt the engine. The rebuild included the fabrication of an exact replica of the special crankshaft originally built by Winfield. The original block had been broken and poorly repaired so Jack Zirckle undid the old repairs and restored the block to as new condition.

When the engine runs, the crankshaft generates forces commonly known as a ‘couple’. This ‘couple’ tries to make the engine rotate around its longitudinal axis. Reducing this couple to a minimum so that the engine would run smoothly proved to be quite a challenge but Dick Nuss was up to the task.

Pete Eastwood spent many hours studying old photos of the car so that he could build a chassis nearly identical to the original. Dennis Webb fabricated the body and took great pains to get it to look as the original looked in 1927. To top off the restoration Rick had it painted a shade of yellow very close to the color Winfield originally used.