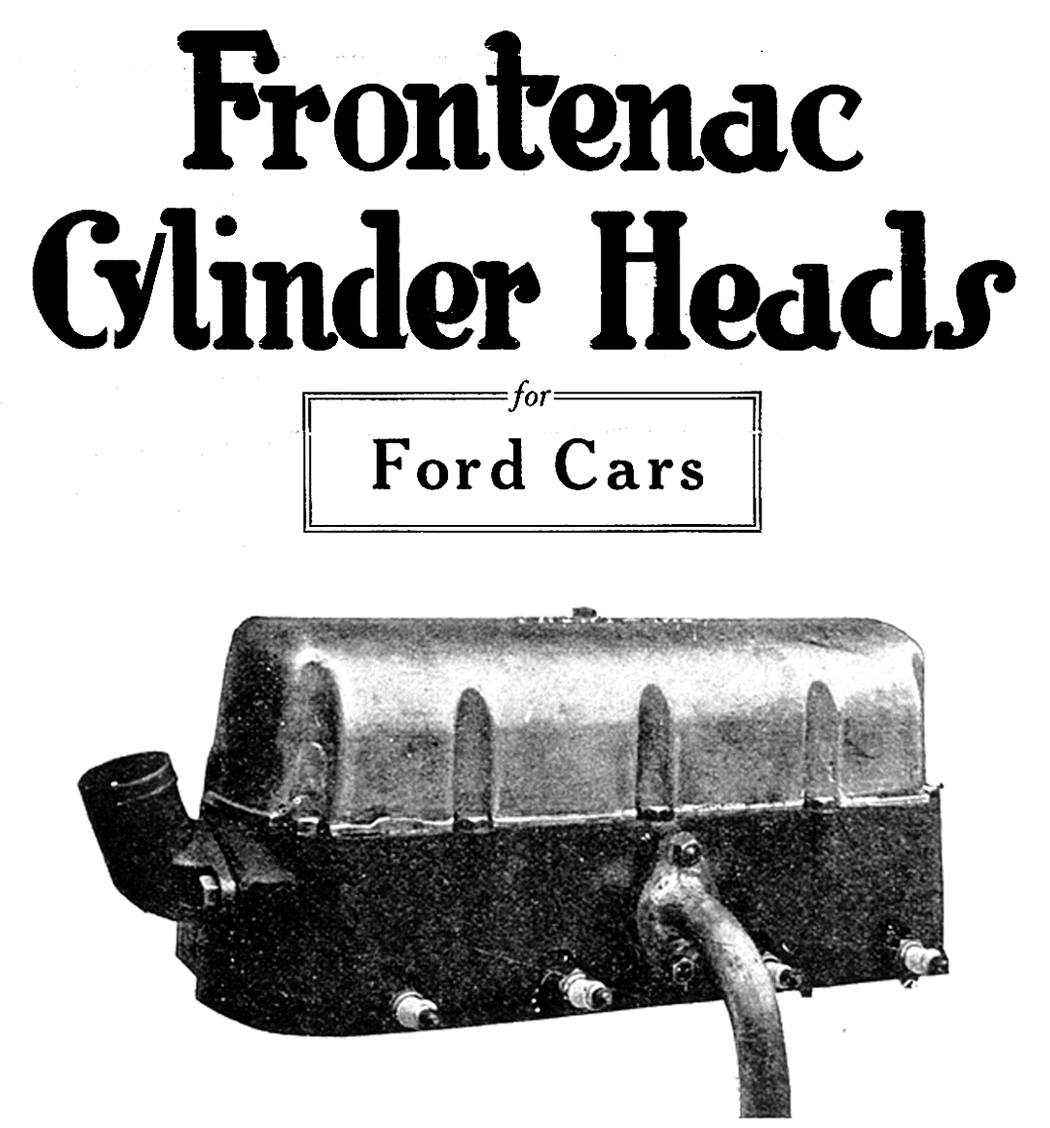 Cornelius or C. W. Van Ranst, as he liked to be called was born in 1892. His first automotive-related job was at age 15 while still in prep school, with H. H. Franklin Co., as a part time draftsman’s assistant. After graduation, he tested Mack trucks for a while then developed the first motion picture camera for amateur movie makers. Late in 1912 he joined U. S. Motors. When Henry Ford won his lawsuit that dissolved the Selden patent owned by US Motors, Van Ranst went back to testing Mack trucks.

He then designed engines for Fred Duesenberg for several years. In 1919, Louis Chevrolet hired him to design a racing engine and build new Frontenac/Monroe racecars for the 1920 Indy 500. Van Ranst and Chevrolet built the straight 8 engine with which Tommy Milton won the 1921 race. Van Ranst drove in the 1921 Indy 500 and co-drove in the 1924 and 1927 Indy 500 races.

Dirt track racing had become very popular but the dirt and dust from the tracks quickly wrecked the expensive Indy-type engines. Van Ranst convinced Chevrolet that an inexpensive engine conversion built from stock parts would work better on the dirt and should be more sellable. Van Ranst developed the famous Frontenac OHV cylinder head for the Ford Model T engine. The cylinder head and complete engine conversions sold very well and dominated dirt track racing for the next decade, and were the basis of the early hot-rodding movement.

Van Ranst left Frontenac in 1923 to design for Paige–Detroit. He went on to design front wheel drive Indy cars for Cliff Durant, the front wheel drive unit for the L-29 Cord, and a similar car for Packard. He left Packard in 1936 to open an engineering office to develop airplane and marine engines. Van Ranst died in 1972. 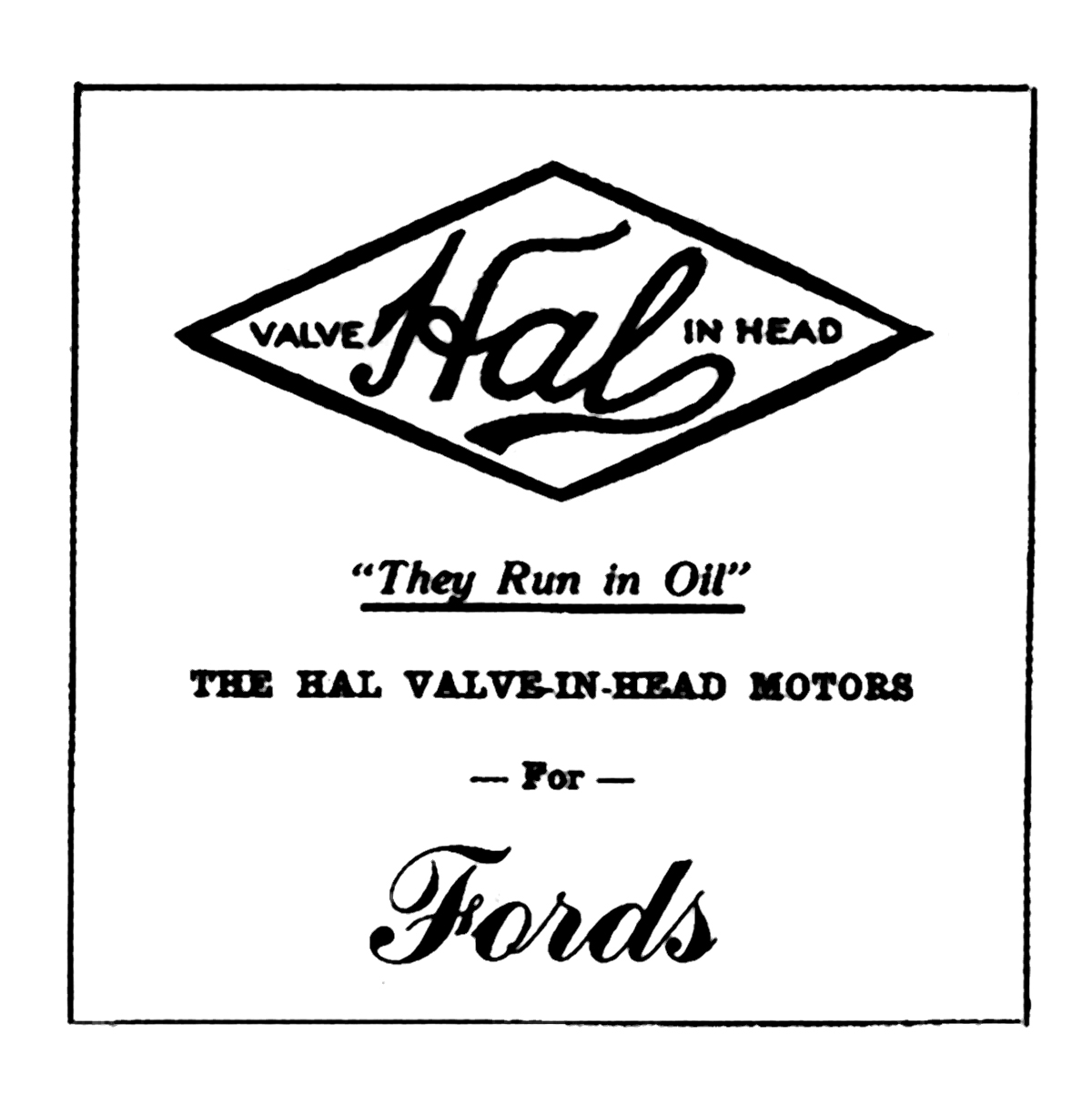 During 1921 Harry Hosterman designed and marketed an OHV cylinder head called the HAL for the Model T Ford. The HAL Valve in Head for the Model T was quite unique. It had a wall all around the moving parts in the head that was made high enough to keep the oil from spilling out of the top which was covered by a removable lid. The lid, or cover, was made from aluminum, and with a big script “HAL” written across the top, it added a nice touch to the engine. Production and sales of the heads were going well until Harry somehow got involved with some shady lawyers. These lawyers had committed him, in one huge contract, to deliver within 30 days more heads than he could make in a year. Of course he could not, and lost the contract, the business and control of the patent.

In 1926 he designed a new head called the AKRON-HED and obtained a patent for it. Instead of rocker arms, the intake and exhaust valves are moved by a long series of about 1/4″ diameter ball bearings captured tightly in curved sets of tubes. The balls are pushed up by the tappet and then the long row of balls pushes down on and opens the valve. A spring is placed at the valve that pushes the row back against the cam. Harry built and sold a few thousand of these new heads. 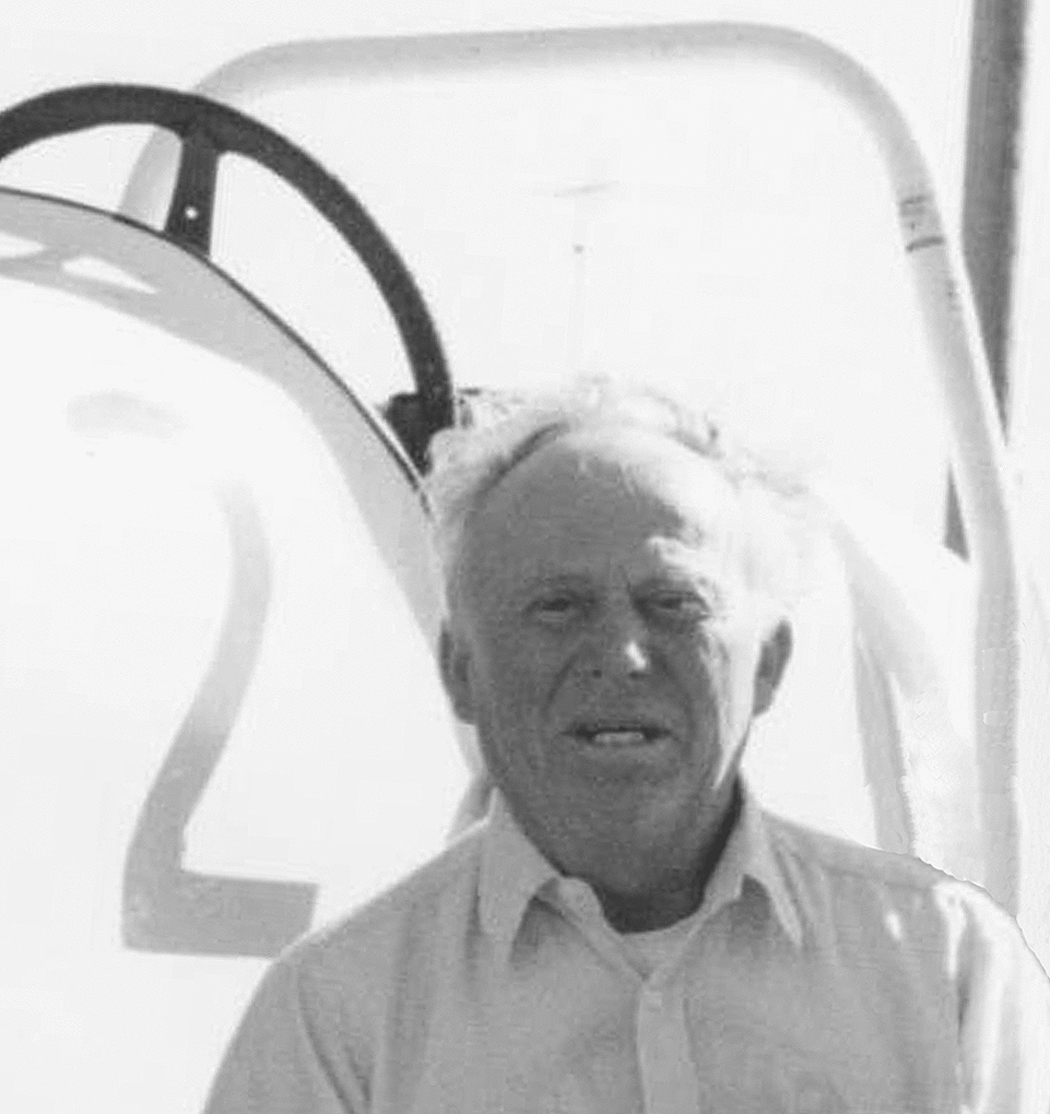 Carl Schmid, born March 23, 1927 lived in Stockton, CA. where he owned and operated Schmid Iron Works. He specialized in salvaging prewar Ford automobiles, old race cars and racing equipment. Carl began racing after his service in Korea and his estate still owns his original track roadster. Worldwide, race car and auto collectors who knew and dealt with Carl are grateful that he was able to save many rare cars and racing equipment from destruction. Carl accumulated large quantities of speed gear including at least four DOHC Frontenac engines. One he sold to Doc Pruden, a regular competitor at the Long Beach Signal Hill Climb) and then bought it back again. Another went to a collector in Australia.

He also owned at least one single stick Frontenac cylinder head, several Chevy 4 OHV Fronty cylinder head conversions, many SR Fronty heads, a BBR Rajo and several other Rajo cylinder heads. He owned the remnants of the Shultz Special (the sister car to the Hooker Special) which was a Model T based racecar with a rare Miller cylinder head. He was the proud owner of the Atlas Chrome Special known as “America’s most beautiful race car.”

An excellent machinist and mechanic, Carl used old school methods to install many Model A crankshafts in Model T blocks. In addition, he has used parts from his collection to restore many rare racing engines. His sons, Brian and Drake, owned and raced cars in California and Australia. The current Schmid Racing Team is comprised of Carl’s grandsons Trevor 9driver of their sprint cars), Tillman and Tristan; and his sons Drake, Brian, and Stephen. Pleased to see his racing legacy live on his family, Carl died on June 3, 2013. 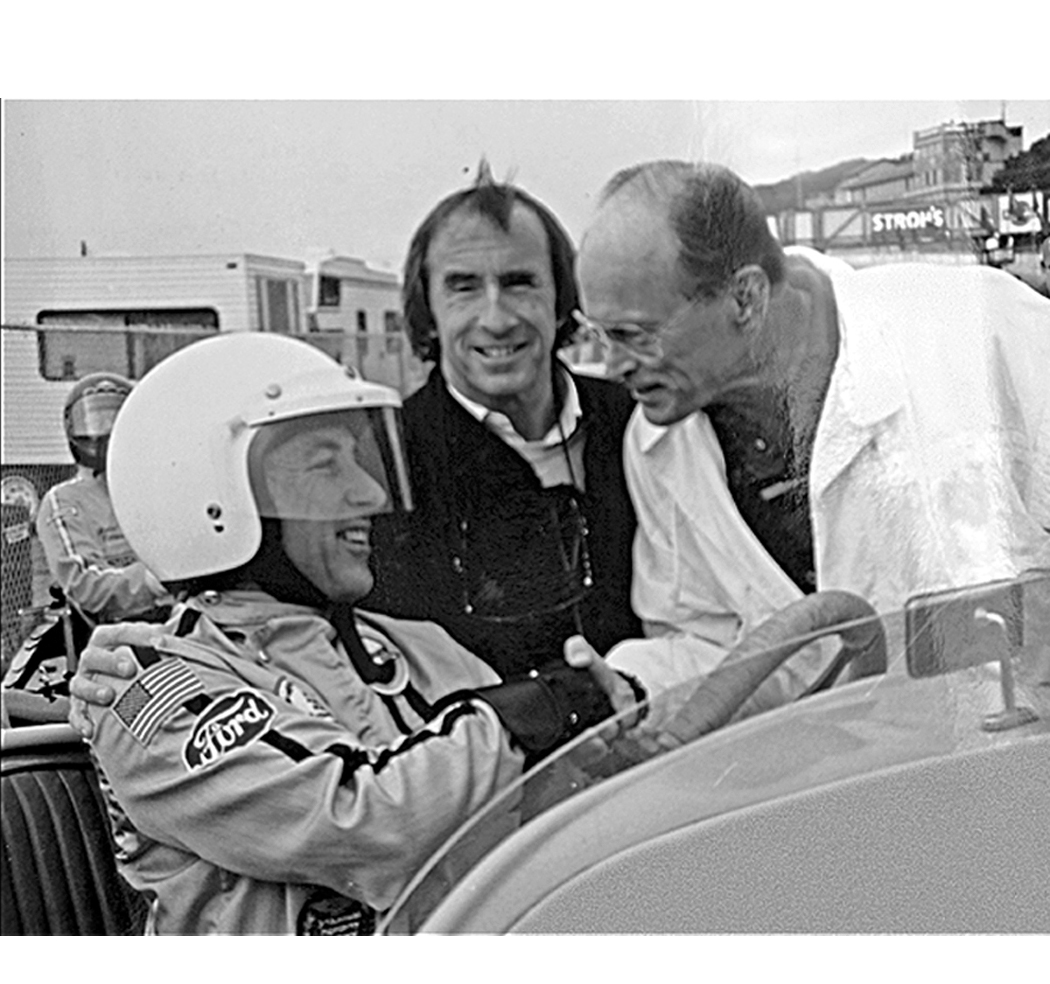 Fred Temps was born in San Francisco in 1933. He and his wife Muriel live in Mariposa, California. They are Charter members in the Redwood Empire Model T Club. They own a 1926 touring that they have meticulously restored, and recently sold a Mercury bodied speedster that Fred vintage raced for many years. Fred and Muriel operate their own upholstery business from their home, where they specialize in pre-’41 cars, horse drawn carriages, and racecars.

For the Inaugural Monterey Historic Automobile Races at Laguna Seca in 1974, he removed every non-essential piece from his speedster and added the required fire extinguisher, seat belts, and other safety gear. In this first race of his life, Fred admits to being “a bit scared” when the car got to over 80 mph and the suspension got loose. He went on to finish first in his class and third overall. He led all ten laps, and earned his nickname “Fast Freddie”.

In 1975, Fred finished first overall in the Second Annual Monterey Historic Races. He continued racing his Mercury Body Rajo Special for several decades, at times pressing the car down the straights at over 100 mph. During a race at Lake Sonoma in 1994, Fred’s aftermarket steering wheel came off going into the bridge turn. Fred chose hitting the bridge instead of going into the river. With the help of several friends, they repaired the damage, and finished the second half of the race.

There are many “Fast Freddie” stories; he raced against the big boys for many years. He became a safety inspector for historical racing and today has given it up due to not getting younger.

2014 RESTORATION of the YEAR

Restored by Bill Barth for the Smith Collection 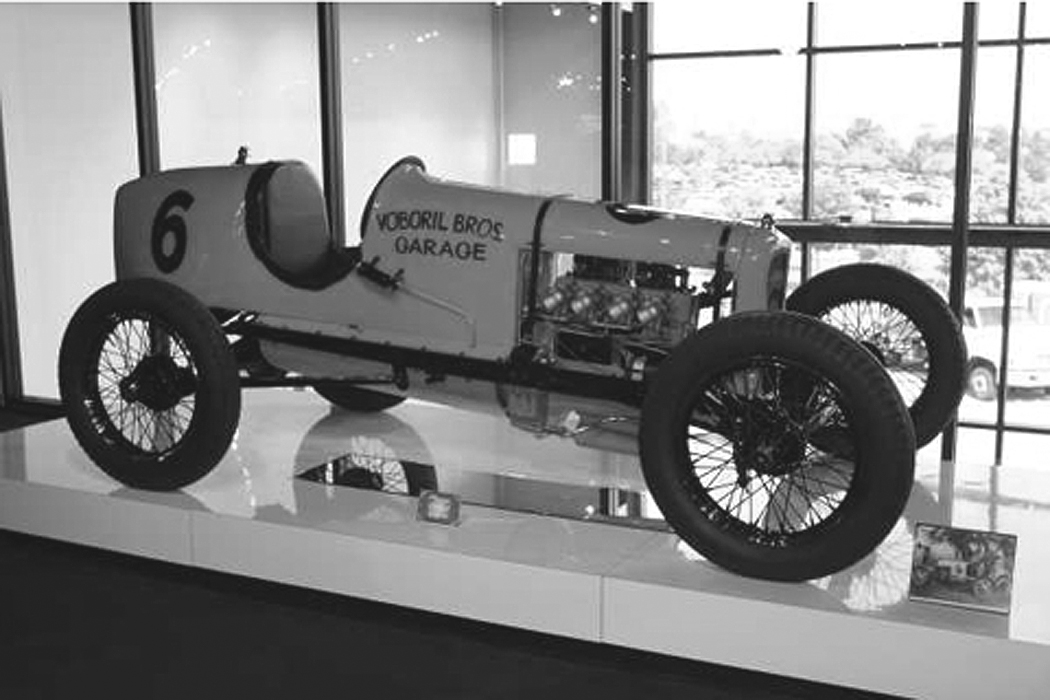 This is a restored racecar originally built by brothers Frank and Ed Voboril, from Dwight, NE. They owned and operated an auto repair shop and built this car about 1922. The Voborils’ raced it from 1923 until the early 1930’s in Nebraska, Kansas, Texas, Colorado, South Dakota, and Iowa.

The car features a 1919 Ford engine and chassis with lowered Model T cross-spring front and rear suspension. The engine was moved back nine inches by installing a second front crossmember. The car is fitted with an original single seat style racecar body equipped with metal splash shields that cover the frame rails. A special Fronty Ford style radiator and grill shell was installed.

The engine has a Laurel/Roof Type C sixteen-valve overhead valve cylinder head. The fuel tank is pressurized using a hand pump and feeds fuel to four 1 1/4 inch Zenith side draft carburetors. A Bosch high-tension magneto mounted on a side-drive style bracket provides the ignition. A rare Suremike counterbalanced crankshaft with 1 7/16 inch main and rod bearing journals was used. The connecting rods are stock Model T with the journals bored to fit the oversize crankshaft.

A stock Model T transmission with the reverse drum removed and the flywheel cut down to 12 inches in diameter was installed. The rear end is stock Model T, but the ratios were changed to suit track conditions. Dayton wire wheels were used. These could vary in size from 18 to 23 inches in diameter depending upon the length and condition of the track. The steering box is a non-reversible type of unknown make.