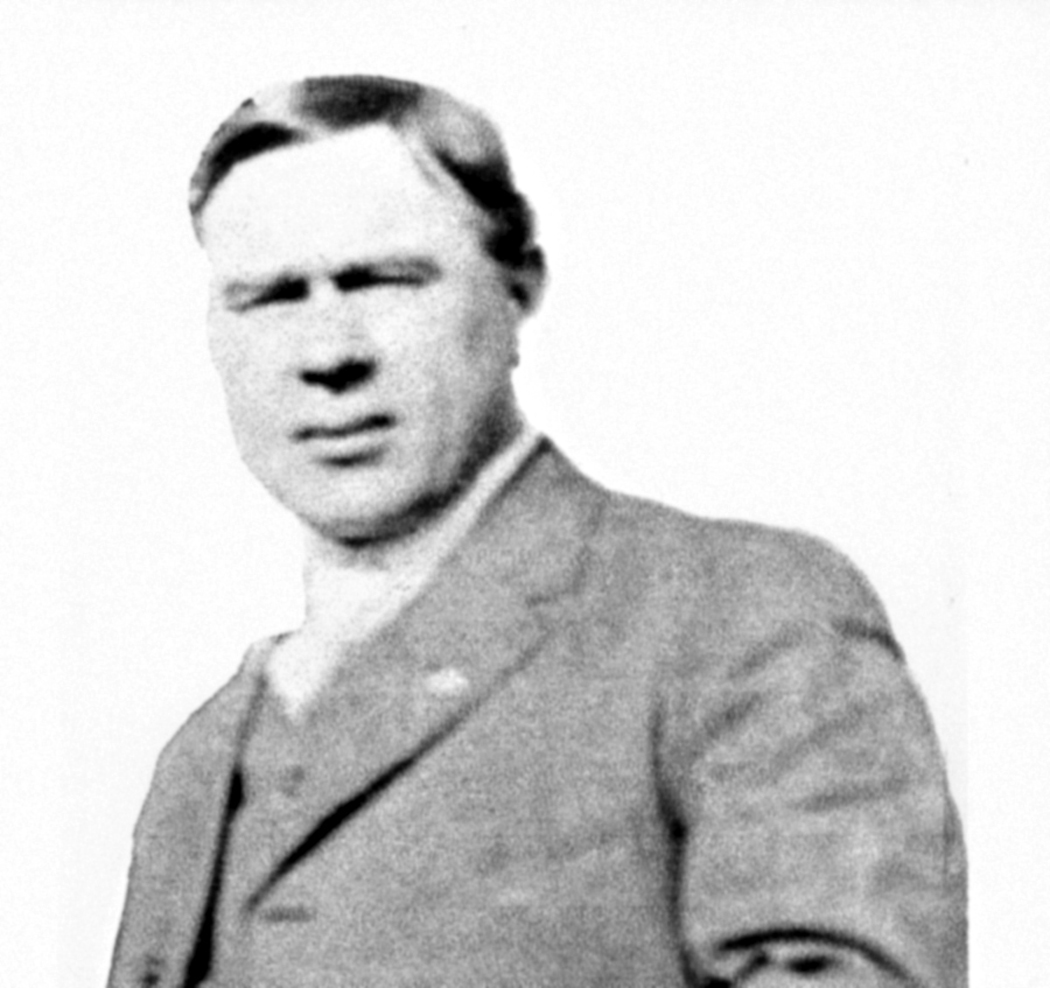 In 1912, Charles Edward Hayes (1872-1945) left Boston, Massachusetts, for Richmond, Indiana, to become president of the Pilot Car Sales Company, the sales affiliate of Pilot Motor Car Company. Pilot could not produce cars as fast as Hayes could sell them. Therefore, Hayes and a group of investors formed a company to build the E.I.M. cycle car. Sales of the cycle car were poor, so in 1916, they formed the Laurel Motor Car Company of Richmond, Indiana to build the Laurel full size car. In 1918, the company reorganized as the Laurel Motors Corporation of Anderson, Indiana and merged with Robert Roof’s own Roof Auto Specialty Company. Roof became their chief engineer, with Charles Hayes as general manager.

At an auto exposition in Denver, it became clear that there was much more interest in a Ford–based speedster than the Laurel car. Hayes and Roof then convinced the company to discontinue the Laurel car and instead, manufacture a Ford-based speedster equipped with Roof-designed components and a complete line of Ford speed equipment. Laurel thus became a major manufacturer of speedster equipment, designed by Roof, and marketed by Hayes. Popular nationwide with speedster enthusiasts, Laurel Roof equipment was also often preferred in the assembly of racing cars at racetracks across the Country.

Hayes remained in automobile sales until 1928, when he moved his family to Los Angeles, California, and retired. His contribution to the history of the automobile was his ability in marketing and production, in the very first days of automotive sport. 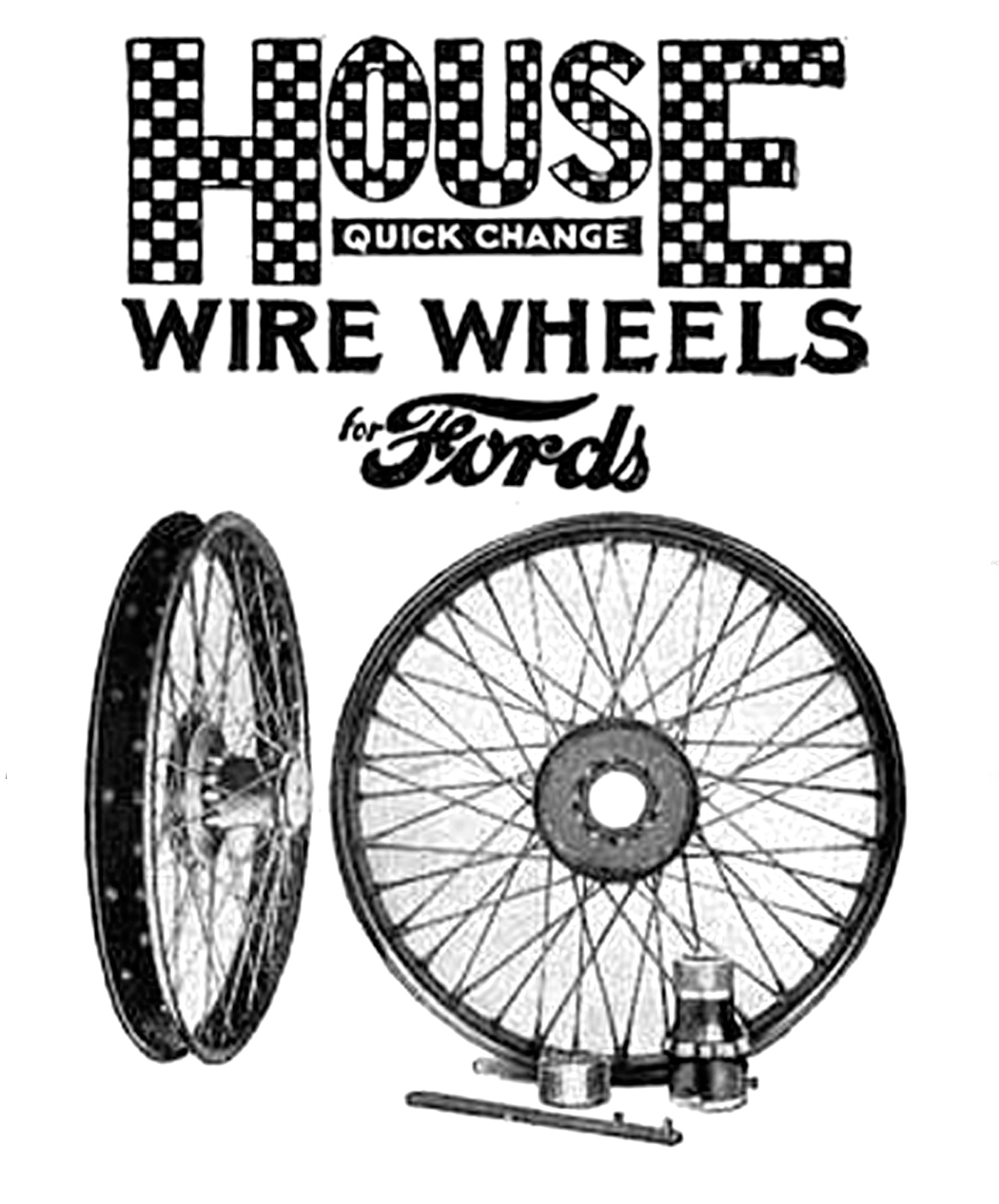 Henry A. House Jr. was born on March 1, 1865, in Bridgeport, Connecticut. Henry’s father, Henry House Sr., was one of the foremost inventors of the 19th century. He was awarded many patents for improvements in manufacturing textiles, hats, paper plates, shredded wheat biscuits, and many other products.

In 1914, Henry Jr. filed a patent for a center locking device for an automotive wire wheel. In 1916, the Wire Wheel Corporation of Buffalo, New York, acquired the patent and moved House to Buffalo. In 1917, the company began to manufacture and sell the House wire wheel. Between 1916 and 1925, House was awarded sixteen or more U.S. patents relating to the design and manufacture of wire wheels at the Wire Wheel Corp. of America. House wire wheels were triple laced with clincher rims. They featured special wheels hubs with a center locking device and a brass hexagon hubcap. They were available from the factory in red, black, white, or cream colors. In 1917, for $56.00 and your old wood wheels, you got five wheels with hubcaps, a hubcap wrench, a spoke nipple wrench, and a spare tire carrier bracket. 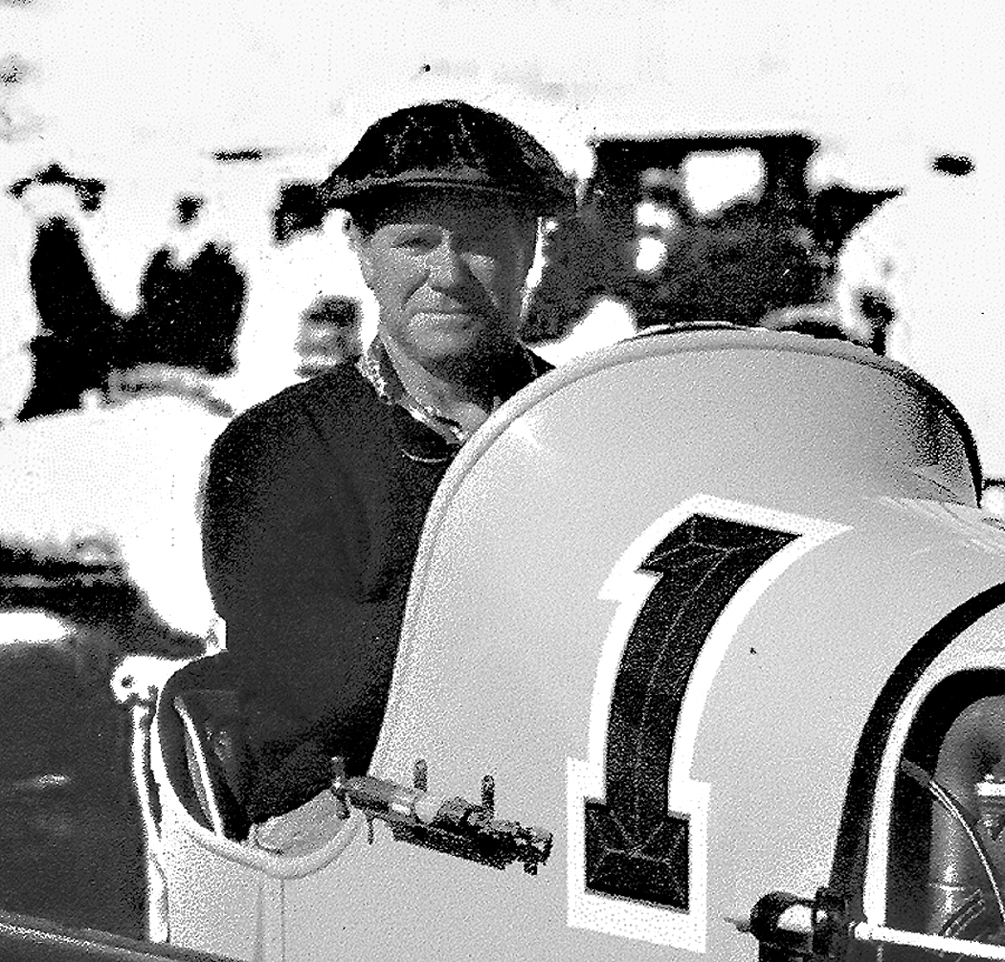 Rick acquired the frame and other original parts from Noel Bullock’s Model T Ford racer that won the 1922 Pikes Peak Hillclimb. From these remains, he built a very authentic replica of Bullock’s racer. After finishing the racer, he was able to take it to Pikes Peak and drive it up the mountain during the annual Hillclimb, and then donate it to the Pike’s Peak Museum.

Rick was also able to purchase the famous “two up and two down” engine built by Ed Winfield for his 1926 racecar. Using original drawings and specifications, Rick built a replica of this car. Rick and the Winfield racecar were recently featured in the documentary film “Where They Raced” that is the story of early California racing.

Rick has the distinction of owning and driving the only T Speedster that has ever won the famous Monterey Historic Automobile Races (with the help of a late night engine swap using Howard Genrich’s engine). Rick also owns an original single seat DO Fronty racecar that he is in the process of restoring and plans to race as well.

Rick states, “The most fun I have had in racing is to beat some really fast European cars with a T Speedster”. They were great cars then and they still are. 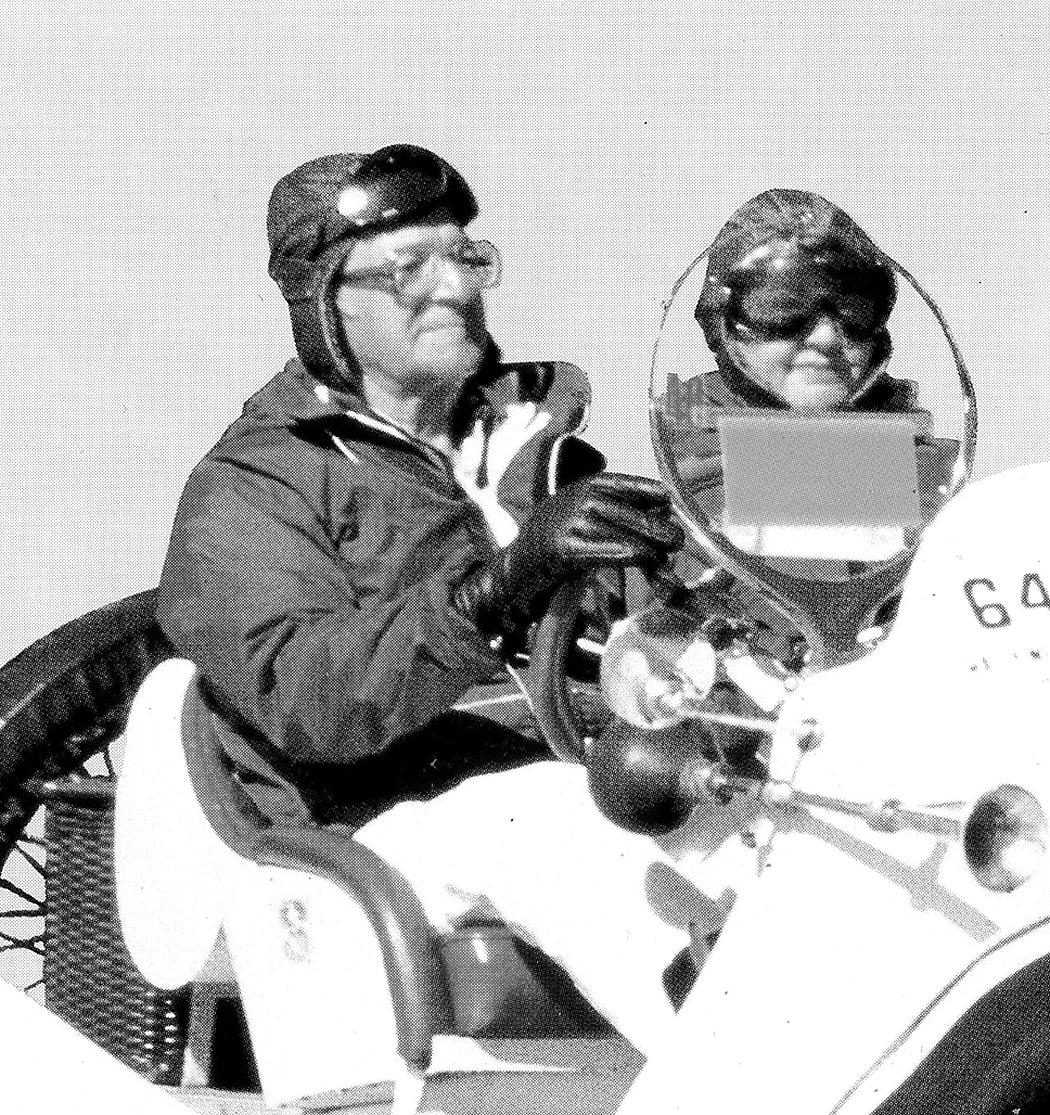 Victor Jacobs was a successful business executive who lived in Sydney, New South Wales, Australia. He is known as the father of the Model T speedster hobby in Australia. In 1968, he found the remains of a Fronty-powered Model T racecar originally built in Australia. Over several months, he restored the racecar and drove it extensively until his death in 1992.

During the 1960s vintage British and European cars such as Bentley, Vauxhall and the like, dominated vintage racing (little though there was) in Australia. Fords of any sort were not accepted at vintage car races. This meager amount of activity in the vintage race area spurred Victor to concentrate on the Model T speedster hobby through touring-based clubs.

Victor was one of the first overseas members of the MTFCA. He was also a very active member of the Australian Veteran Car Club and several Model T Ford Clubs. He drove his speedster on club outings as well as numerous other lengthy road trips. One memorable trip was the first modern east-to-west trip across Australia before the route was fully developed. Victor and his “Fronty” were renowned for their long distance travels.

Victor’s enthusiasm, his salesmanship qualities, and his willingness to help others pioneered the speedster hobby, and inspired most of the currently active speedster builders and collectors in Australia. During the 1970s and ‘80s numerous magazine articles and books published in Australia mentioned and featured pictures of Victor’s Fronty Speedster.

2015 RESTORATION of the YEAR

Then donated to the Duke Hunt Historical Museum in Thunder Bay 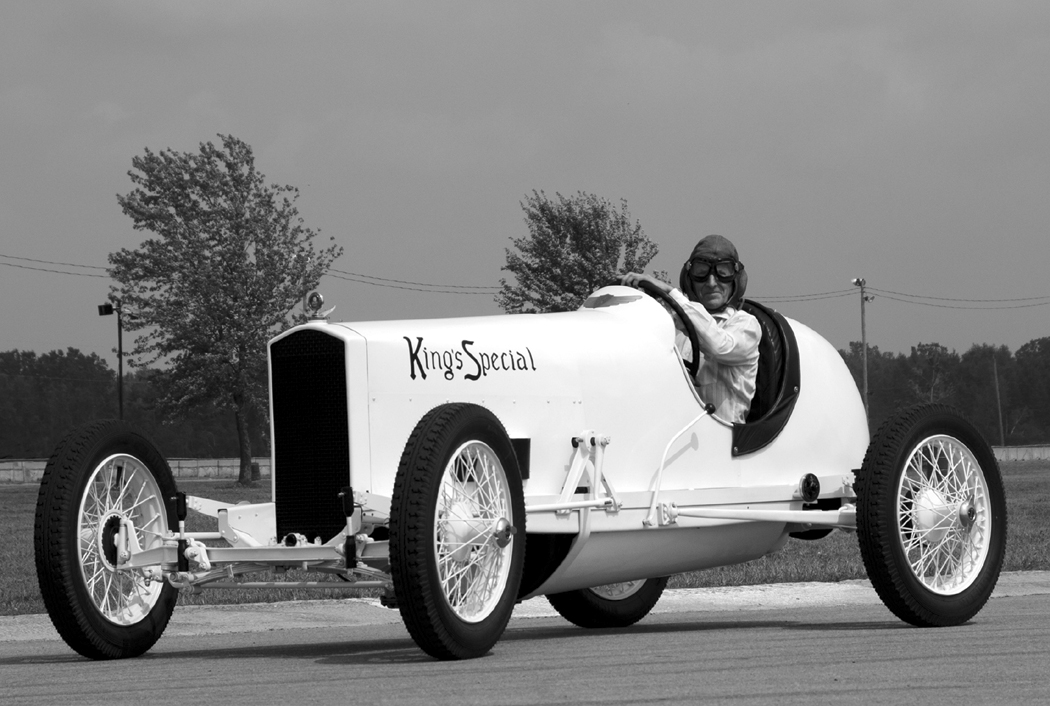 Brothers Art and Arnold King of Port Arthur (Thunder Bay), Ontario, Canada, built the King’s Special between 1923 and 1925. They invested $2200 into a 1919 Model T chassis, and produced a racecar that was eventually unrivalled in North-Western Ontario (it even raced in the U.S.A.!). The home-built, single-seat racer was propelled by a Roof Victory 8 single overhead cam Model T engine, with full pressure lubrication, a Scintilla high-tension magneto, twin Winfield carburetors, a geared water-pump, a counter-balanced crankshaft, and a severely lightened flywheel.

The car boasted worm gear steering, and Dayton racing wheels and tires. Top speed was reportedly 100 mph at an engine speed of 4200 rpm. The car’s track record is well documented from 1925 through 1934, but the car was still raced unofficially as late as 1948. At some point after that, the King’s Special was dismantled and parts were sold off.

It was Kevin Mowle, Canadian automotive historian and Model T specialist, who is mainly responsible for ferreting out the remains of the car and encouraging the owner, Al Cronk, to resurrect the famous car. It took decades to accumulate the necessary chassis parts to re-assemble the car; it took an equal amount of time to search out the details of how the car looked in 1930 that eventually made replicating the body possible.

The Cronk family donated the car to the Duke Hunt Historical Museum in Thunder Bay where it resides only a few miles from the racetrack where it raced in 1925.