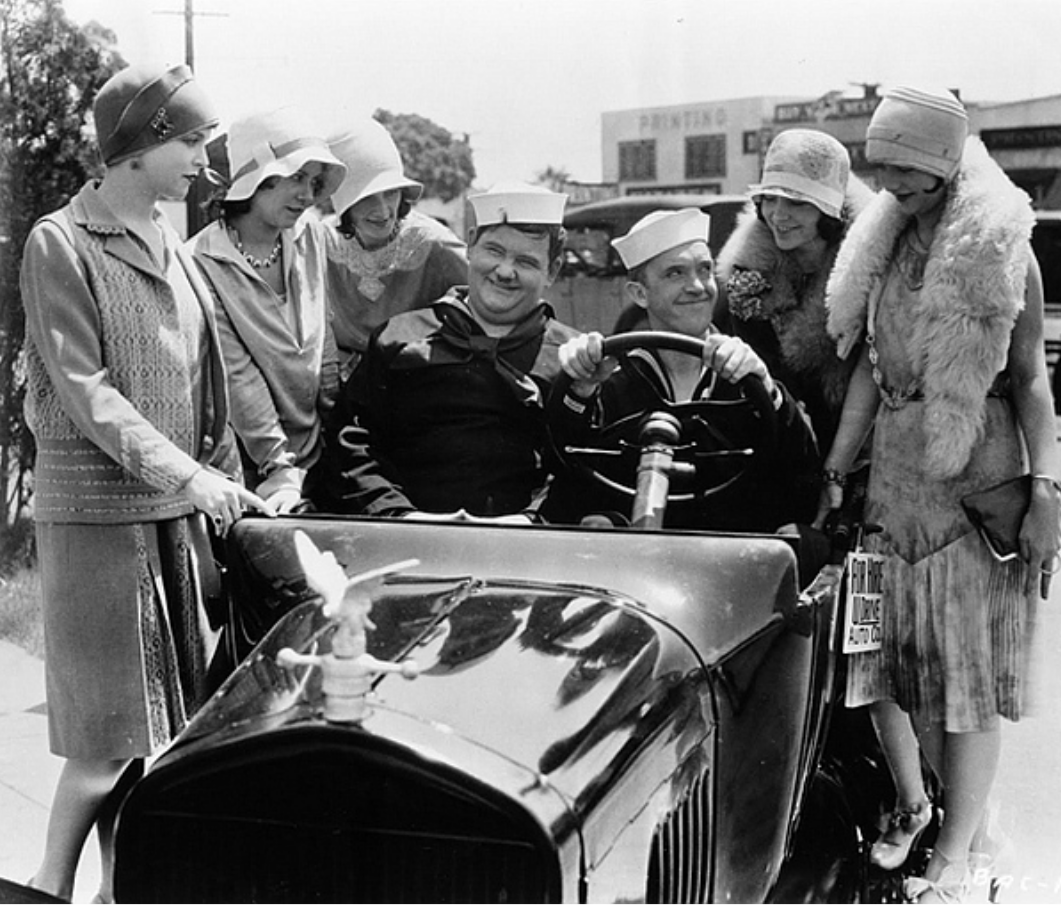 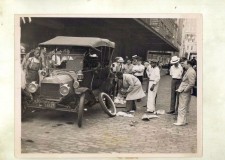 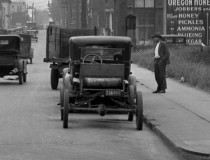 It is about time someone posted an old photo here with "the boys" in a T model! Thank you.
On to the car. Notice that some of the model Ts used in their films had no windshields! This has been discussed on the forum in years past. Of course, part of the reason for this may have been visibility for Stan and Ollie. However, another reason is actually era authenticity. Look closely at the side of the car below Stan's elbow. The sign says "For Hire - Udrive - Auto Co". Now, I do not know for certain if this was the actual company being used, by permission, or not? But "Udrive" was the forerunner of what we know today as Hertz Rent-a-car! Not all, but many of Udrive's open cars in the '20s were rented out model Ts without windshields.
In this film, the boys are sailors in town on leave, and did rent a car to go about town and get into trouble.
I believe this is the 1928 film "Two Tars". It was a favorite of one of my longtime best friends for many years. Steve had proudly done a stint in the Navy. The word "Tar" was taken from "Jack Tar" and referred to sailors, originally British and/or merchant, but by WWI, almost any low ranking Navy seaman. Steve was a huge fan of Laurel and Hardy.

I may have to copy and paste this one to the "vintage fashion" subheading. Love this photo!

Wayne I agree this is one of my favorite pictures of the boys. I also like the one with Stan poking Ollie in the eye with the violin bow. Maybe someone has this one

Laurel and Hardy made a great number of films, shorts, two reelers, and longer, for many years. While far and away I prefer mostly their earlier stuff, I have never been able to choose any particular film as a "favorite" one. There were just so many wonderful skits and routines, so many of them just beyond believiblity, yet not too far to be enjoyable. I love it when the motor falls out of their model T and it is put in the back seat. Stan is told to get moving so he starts the engine, it fires up and runs in the back seat and he drives off! I don't recall offhand which film that was, but the look Ollie gives the running engine is priceless!
4 comments • Page 1 of 1