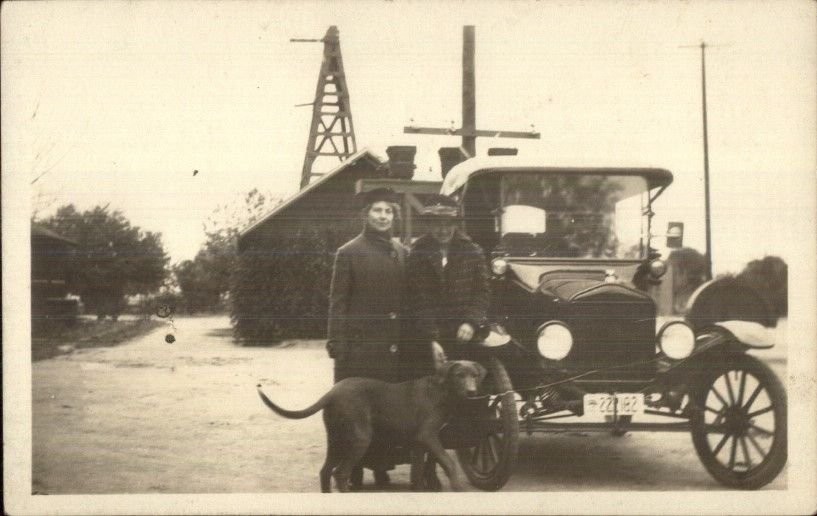 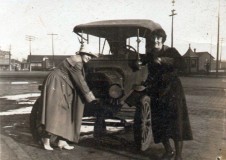 An interesting detail. I noticed the car was an early '17 model because of the equal windshield hinges. Other details, the 30X3 front wheels and tires, oil sidelamps, and "tombstone" rear light (window), all fit the car nicely as an early black era T.
So what is so interesting? As I scrolled through, looking at these old photos again? The license plate caught my eye. It appears to be a California plate. Picture is a little fuzzy, so I can't be absolutely certain about the plate. But California used the same plate for four years. Each of the four years (1916/'17/'18/'19) had a different metal medallion. 1919 had a star, a bell was used for 1918, a poppy (the state flower) for 1917. In 1916, the first of the four year use of these white porcelain plates, the medallion was a bear.
I zoomed in on the picture, but detail was lacking a little. However, there is no way that medallion can be a star, or a bell, not even the poppy. Zoomed in, I can almost see the bear's legs.

There were only a few months when Ford was producing the early '17 and California was still issuing the Bear medallion. That must be one EARLY black era T!
1 comments • Page 1 of 1