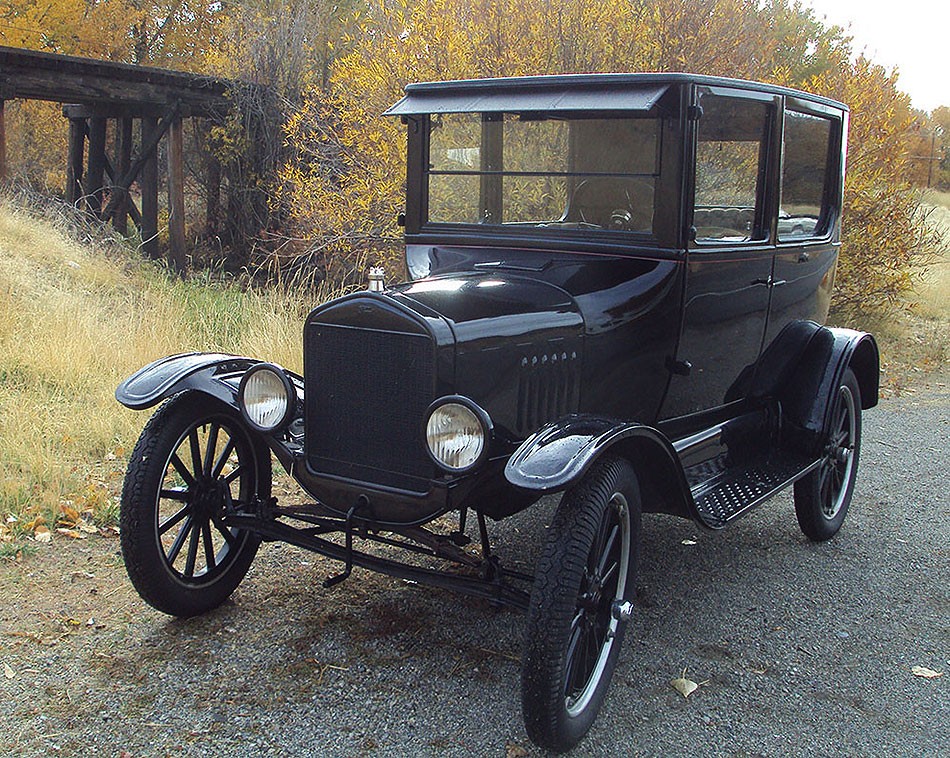 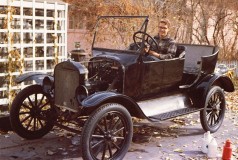 In the early '80s when we only had our Speedster for a tour car I had visions of a closed T. Guys at the swap meet chuckled when I started dragging rusty metal panels with slivers of wood clinging to them to my booth. I knew they were for a T. We later visited the fellow who had them and bought all the stray pieces of a Tudor from him. I was able to find the remains of 2 more sedans minus a left door. Coupe doors don't fit. One winter I set up a frame in the basement and started puzzling over the wood frame. Although many pieces were missing everything 6" from the ground up was fairly discernible but sitting in moist ground had eaten away at the lower frame wood. By the 90's I had a wood structure built. I was able to find the missing door and a choice of panels to work from. Some were beat up and some were rusted off. My door had twenty-some bullet holes in it. It was on the road by the turn of the century but the children I intended to keep warm in it were grown up and gone. Still it makes a great car for short drives or long tours in colder weather. I was pleased to have it on the cover of the Vintage Ford Magazine Nov/Dec 2016. I also won the "Best Restored Model T Ford" VMCCA award in 2005.
Last edited by Rich Eagle on Wed Feb 13, 2019 11:33 am; edited 1 time in total
1 comments • Page 1 of 1