I'm plugging away slowly at this "kit" of a car. Body is completely disassembled. Already had some new pillars made by Don Booth. Now, I'm trying my hand at wood replication (Small pieces, which is all I am equipped to do)

The two large pieces are the top rear corners of the roof, both passenger and driver's sides.

The driver's side was the only one present, so one of the previous owners had banged that out. The little corner piece next to it is all that was left of the opposite side.

So....Voila! an opposite side has appeared. Both will need to be sure-formed to match the original.

Also the piece in the middle is a curvature somewhere in the car. A previous owner had glued the original bit to a LARGE piece of wood. I cut it out to shape. 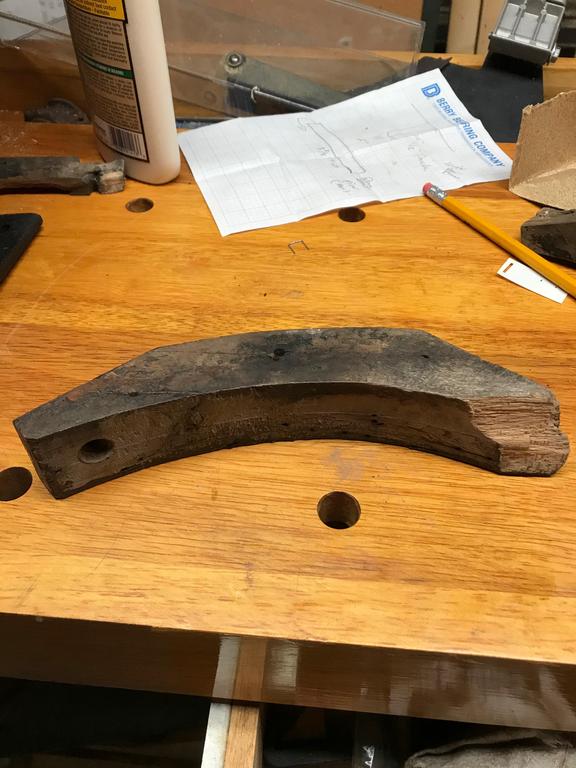 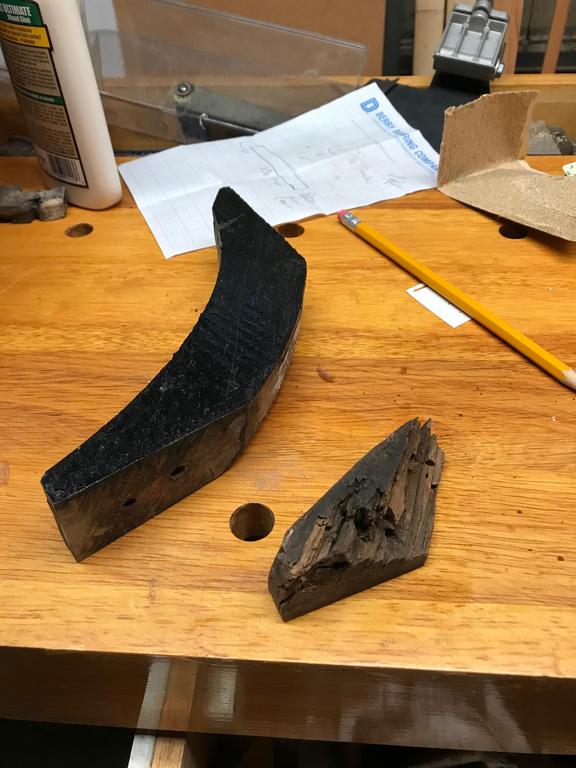 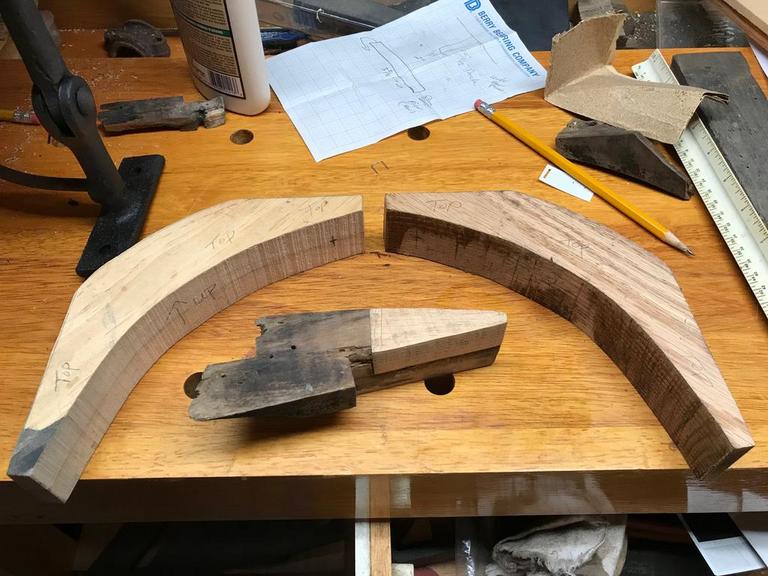 I have a Skillz bandsaw and table saw. The only thing I hate about the table saw is it doesn't have a zero tolerance plate, and doesn't look like I could make one for it.

I also have a portable table router and a handheld router.
William L Vanderburg

I don't know if it's called that actually. It's a plate that surrounds the blade with only enough room for the blade to pass through it. So little pieces of wood don't get jammed between the table and the blade and get kicked back.
William L Vanderburg

never had that problem, but suppose there is always a first time.

Although it's upside down, you get the general idea. The two new pieces I made are attached to the corners. Are definitely going to need some profiling. I might invest in a hand belt sander.

I am painting the wood black as that is what color the wood was when I got the car. The roof rails will attach to the flat sides of the corner pieces. The piece lying on the floor is the front header of the roof. It's slightly bowed and needs to flatten out some. 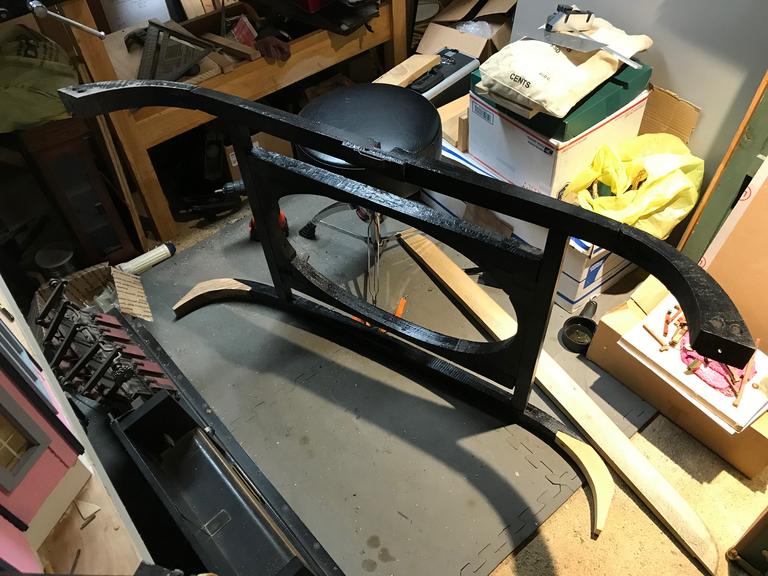 The roof for this car is a kit from Cubels which was ordered by the owner three owner's ago. It has front header, both side rails, 5 bows, rear cross member, roof slats, and a window kit. The corner rails were missing and that's the pieces that were made and attached today.

I did not use the kit's rear cross member or window kit. The side rails are slotted to accept 5 bows.

It also came with little ziploc baggies with fasteners marked with wood kit piece numbers. I confirmed it was a Cubels kit by matching the part numbers.
William L Vanderburg

Old Seabee trick for your “zero tolerance plate”. Wind the blade down, insert a piece of formed to size plywood into that gaping hole. Figure a way to fasten it with either a screw or a dog. Start saw, raise blade slowly until blade is at a good height.

It cuts its own “zero tolerance” slot!
Top

I replicated another piece today. Unfortunately, I didn't take pictures. It was the passenger side front cowl piece that goes at the bottom and completes the curved bottom profile of the cowl directly beneath the floorboard risers where the front body bolts go.
William L Vanderburg